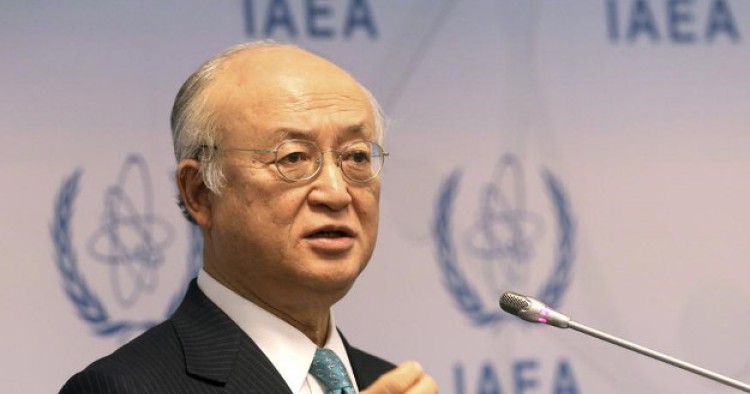 Iran praised the latest report by the International Atomic energy Agency (I.A.E.A.) on the country’s compliance with the nuclear agreement as “Iran’s victory and Washington’s defeat.” The state-run Islamic Republic News Agency said that the nuclear watchdog’s report was the latest sign that the White House has failed in its efforts to derail the Joint Comprehensive Plan of Action or impose additional terms on Iran.

Separately, Iran’s representative to I.A.E.A. Reza Najafi praised the international watchdog for releasing a “professional and evenhanded” report confirming Tehran’s compliance with the nuclear accord. Najafi also commended the I.A.E.A. for not allowing U.S. pressure to impact the agency’s impartiality or work on Iran. “Iran and all the (UN nuclear) agency’s member states expect the agency’s secretariat to keep working professionally and neutrally,” he added.

Comment: On Thursday, the I.A.E.A. said Iran has adhered to the terms of the J.C.P.O.A. by keeping its uranium stockpile and production level below set thresholds. The report comes at a time when the Trump administration has raised doubt about Iran’s compliance with the nuclear agreement and has indicated that it may walk away from the deal.

U.S. Ambassador to U.N. Nikki Haley said last Friday that the Trump administration wants inspection of Iran’s both military and non-military sites to ascertain Iran is not conducting secret nuclear work. She made the remarks after returning from Vienna, where she discussed the issue with I.A.E.A. Chief Yukiya Amano. "As good as the IAEA is, it can only be as good as what they are permitted to see," Haley said. "There are also numerous undeclared sites that have not been inspected yet," Haley said. "That's a problem." She continued: "I have good confidence in the IAEA, but they are dealing with a country that has a clear history of lying and pursuing covert nuclear programs.”