Iran rejects US demand for inspection of military sites 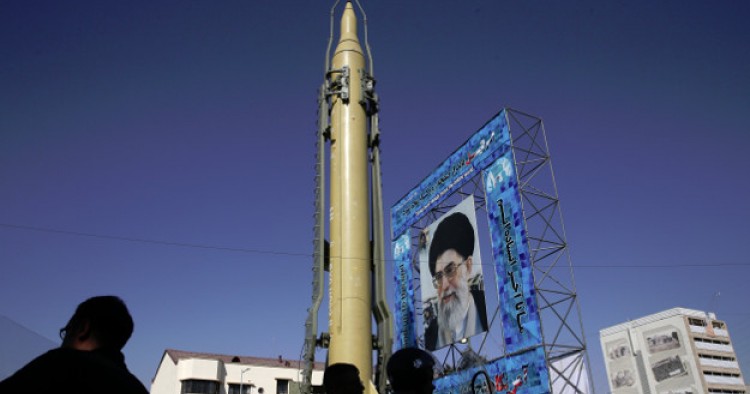 The deputy head of the Atomic Energy Organization of Iran (AEOI) has said that the Islamic Republic will not allow international inspectors to visit the country’s military sites, the Iranian media reported. “No one in the Islamic Republic of Iran will give access to the military sites to the [UN] Agency,” Behrouz Kavalvandi said, referring to the International Atomic Energy Agency (IAEA). “There is basically no such issue in the safeguard, additional protocol and JCPOA [Joint Comprehensive Plan of Action, or the nuclear deal Iran signed with world powers in 2015].” The Iranian official rejected all four conditions set by President Donald Trump about amending the nuclear accord, including a more robust and frequent inspection regime. “They examined issues we had in the past related to the inspection of military sites such as Parchin, the case of which is now closed. And at present, we have no such issues raised by the Agency suggesting it wants access to military sites.”

Comment: The Iranian nuclear official’s remarks came after the Trump administration announced on Friday that it would issue sanctions waiver on Iran for the last time and would terminate the nuclear accord unless US Congress and European allies amend it. The administration wants the deal’s sunset provisions – which removes some restrictions on Iran, including nuclear enrichment – to be permanent. It also calls for a more comprehensive inspection of Iran’s nuclear activities, including in military sites. Washington also wants restrictions on Iran’s controversial ballistic missile activities to be part of the nuclear deal, and would like European allies to pressure Tehran to curb its adventurist regional role and influence.

Prior to the White House’s announcement on Friday, Iranian political and military officials had repeatedly rejected US demand that U.N. inspectors visit Iran’s military sites to verify Iran is not running a covert nuclear program. “Nikki Haley is not in a position to make such a claim,” Brigadier General Amir Hatami, Iran’s defense minister, said on August 29. Mohammad Baqer Nobakht, President Hassan Rouhani’s spokesman, had also emphasized that the country’s military sites were “no-go areas” for foreigners. Major General Hassan Firouzabad, a senior advisor to Supreme Leader Ali Khamenei, had gone a step further and said even Iranian officials are not permitted to visit the country’s sensitive military sites. Ali Akbar Velayati, another top aide to Khamenei, echoed a similar view. “The Americans should take their wish to the grave that they will be allowed to inspect our military institutions under the pretext of JCPOA.”

Last year, Haley visited the IAEA office in Vienna to urge the international watchdog to inspect Iranian military bases. "As good as the IAEA is, it can only be as good as what they are permitted to see," Haley said after returning from Vienna. "There are also numerous undeclared sites that have not been inspected yet," she added. "That's a problem." She continued: "I have good confidence in the IAEA, but they are dealing with a country that has a clear history of lying and pursuing covert nuclear programs.”