An Iran-Russia Axis? Some in Tehran Aren't So Sure 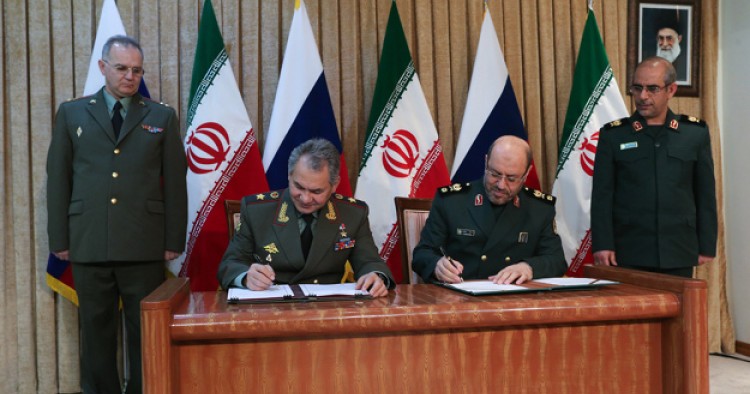 The recent visit to Tehran by Sergei Shoigu was notable in that it was the first time in fifteen years that a Russian defense minister had visited Tehran. As such, it generated considerable speculation about an increasing closeness between Moscow and Tehran. Yet it is still too early to presume that Shoigu’s presence in Tehran is an indication of a coming strategic shift in Iranian-Russian relations. Both countries have reasons to believe that cooperation in security and economics can be mutually beneficial in the face of Western policies against them. But not everyone in Tehran is of the view that Moscow holds the key to Iran’s problems or that Russia is genuinely committed to a new approach to Iran.

Since Russia’s annexation of Crimea in March 2014, officials in Tehran have been keenly watching Moscow’s deteriorating relations with the West, particularly the United States. Some hawkish anti-Western voices in Tehran believe that Russia’s ostracization from the West presents an opportunity for Iran to seek a strategic alliance with President Vladimir Putin. They constantly tout the end of American global dominance and the promise of a new world order in which the Islamic Republic can play a key role.

And yet no one in Tehran has so far formulated a convincing blueprint to move toward this goal. Read Iranian statements carefully and it is clear that even Iran’s hardliners admit that despite much fanfare about Iran and Russia joining hands in the economic and security fields, little actual progress has materialized. One of Iran’s most hawkish anti-Western sites, Raja News, ran a sensationalist headline—“An Iranian-Russian Ballistic Missile is Being Prepared to Hit at the Heart of America’s Oil Sanctions Policy”—but the analogy of a ballistic missile was far from reality.

It turns out that Iran and Russia are merely still discussing a bilateral barter deal in which Iranian oil is exchanged for Russian goods, services and investments. This was hardly earth-shattering news, given that such talks have been ongoing since late 2013.

Nevertheless, the optimists that sense the coming of a new era in Russian-Iranian relations argue that the momentum this time around is rooted in far-reaching shifts in calculations presently taking place.