Iran Says U.S.-Russia Ceasefire Could Be Successful Only If Expanded to All Syria 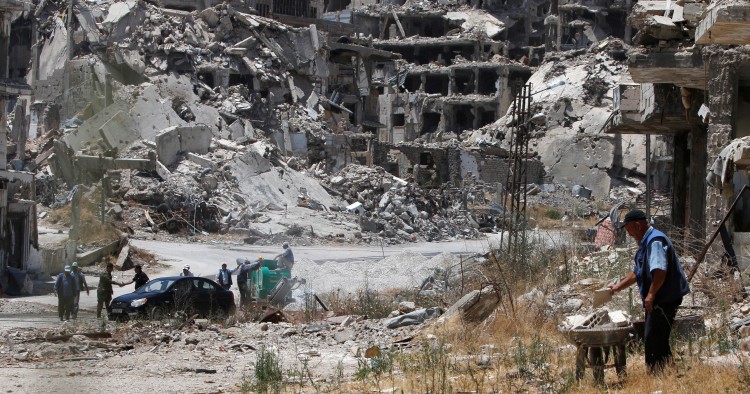 The Iranian Foreign Ministry has said that the latest agreement between the United States and Russia on a ceasefire mechanism in southern Syria could be successful only if it is expanded to all of Syria, the Iranian media reported today. Foreign Ministry Spokesman Bahram Ghassemi told a press conference in Tehran that the agreement should complement four other de-escalation zones that had already been decided upon at the Astana summit by Russia, Iran, Turkey and Syria. He further raised skepticism about the implementation of the U.S.-Russian deal because of “America’s latest actions in Syria.” He continued: “I cannot guarantee that the agreement will be implemented.” He also cautioned that any agreement confined one geographical location without taking into account “realities on the ground” and Syria’s “territorial integrity and sovereignty” is destined to fail.

Comment: On Friday, the United States, Russia and Jordan announced that they had agreed on a ceasefire plan for southwestern Syria. The ceasefire, which began on Sunday, was the result of months of negotiations between Washington and Moscow with the aim of reducing violence in southern Syria and assuage fears of neighboring Jordan and Israel about Iran’s growing influence in the region. In recent months, the Islamic Revolution Guards Corps (I.R.G.C.) have deployed thousands of Hezbollah militants as well as Iraqi and Afghan militiamen to the region, raising the concern that the Islamic Republic was planning to establish a long-term presence in the region beyond the defeat of the Islamic State. It remains to be seen whether Damascus and Tehran would support the U.S.-Russian agreement or play the spoiler role as in the past. Today, U.S.-backed rebel forces in southwestern Syria said while the Syrian government did not carry out air strikes, it targeted their positions by ground-to-ground artillery despite the ceasefire.

Soon after the announcement of the plan, Israeli Prime Minister Benjamin Netanyahu cautioned that the agreement should not allow the presence of Iranian-backed forces in southern Syria. "Israel will welcome a genuine ceasefire in Syria, but this ceasefire must not enable the establishment of a military presence by Iran and its proxies in Syria in general and in southern Syria in particular," he stressed.