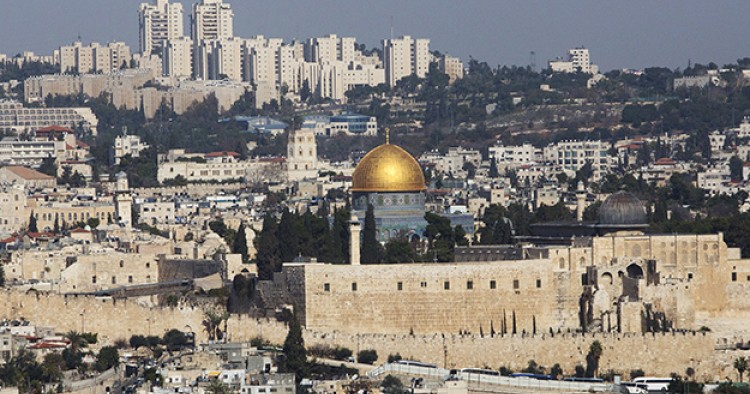 In response to President Donald Trump’s decision to recognize Jerusalem as Israel’s capital, the Iranian government today staged nationwide anti-American and anti-Israeli rallies. Protestors chanted “Down to America” and “Down to Israel” slogans and burned the two countries’ flags. Iranian leaders also called for an uprising against Israel and stressed that Washington’s move will only accelerate the annihilation of the Jewish state.

The deputy chief of staff of the Iranian Armed Forces vowed that Israel’s weapons stockpiles would fall into the hands of the Palestinians in the near future. "Israel has occupied the Palestinian territory, and the continuation of the Palestinian people’s struggle against this cancerous tumor (Israel) indicates that the occupiers will never see peace and will have no choice but to leave the land or to perish,” he added.

Ayatollah Ahmad Khatami, an aide to Supreme Leader Ali Khamenei, called for an uprising against Israel. “With this decision, Trump rejected all negotiations of the past seven decades and demonstrated that the only and only way to achieve the Palestinian aspiration is through intifada, which would change the Zionist regime’s daylight into a dark night. You should rage against this occupying regime; and the more you inflict damage to this usurper and criminal regime, the closer you have taken a step toward pleasing God,” he told worshipers during today’s Friday prayer in Tehran.

Ali Shamkhani, the secretary of Iran’s Supreme National Security Council, said the United States and Israel will be responsible for any consequences of the decision.

The Islamic Revolution Guards Corps (I.R.G.C.) issued a statement, saying that the move would “make the anti-Zionist resistance front further determined to achieve the cause of liberating the holy Quds and set in fire the occupiers of Palestine by its burning revenge.” The statement continued: “The Palestinian Intifada will continue in the new phase with a higher speed with the all-out support of the Islamic Ummah [community] and the world’s anti-arrogance and freedom-seekers individuals. The intifada will unveil the scandalous face of the Great Satan’s strategies and policies in the region. With the divine blessing of the great lord, it will also put an immediate end to the criminal regime of Zionists and remove the cancerous tumor of the Zionism from the body of the Islamic world.

Comment: Official statements and commentaries in Iran indicate that the Islamic Republic is seeking to exploit the aftermath of Trump’s announcement on the status of Jerusalem. As one analyst wrote in I.R.G.C.-affiliated Tasnim News Agency, Tehran hopes that Washington’s decision would help Iran’s efforts to further strengthen the “resistance front” in the region to fight Israel.