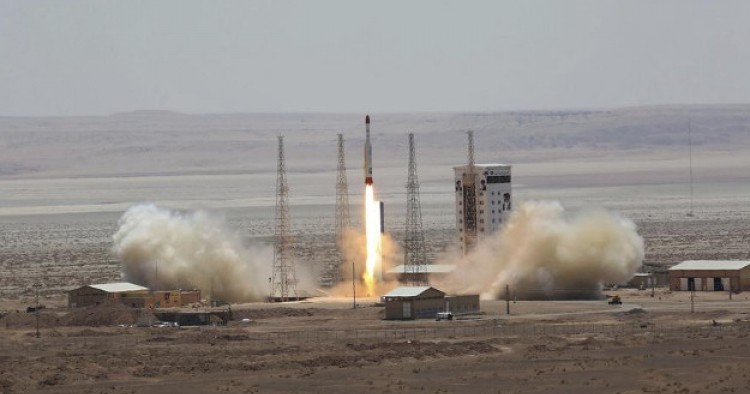 Iran’s minister of communication and information technology has said that the country is making the final preparations for the launch of four satellites into space, Mehr News Agency reported. Speaking at a conference on space technology, Mohammad Javad Azari Jahromi explained that one satellite produced by Sharif University of Technology is ready to be dispatched into orbit, while the other three are in the final pre-launch stages. He also emphasized that Iran’s “space missions” should be handled by a “single institution” and called on the country’s armed forces not to carry out “parallel” space work and maintain the country’s space missions peaceful. He also reported on a 20 percent increase in the budget for Iran’s space activities.

Comment: Iran’s growing space program has triggered concerns in Washington as well as in Europe and the Middle East. On July 28, a day after Iran successfully launched a satellite-carrying rocket called Simorgh into space, the United States, France, Germany and the United Kingdom issued a joint statement to condemn the action. “With its latest launch of a Simorgh space launch vehicle on 27 July, Iran has again demonstrated activity inconsistent with UN Security Council Resolution (UNSCR) 2231,” the statement added. The Western nations also called on Iran not to conduct any further ballistic missile launches and related activities.

Iranian leaders, however, dismissed Western criticism. "Unfortunately, the launch of satellites has become a political issue in the world, but the claim that launching satellite is against the nuclear deal is basically wrong as we are entitled to this right and we can make an utmost use of this possibility in our country," said Mahmoud Vaezi, then-minister of communications and information technology. President Hassan Rouhani also praised the launch of Simorgh. "Today, space science is very important for us and the greater our scientific power is, the greater will be our sovereignty and dignity," he wrote on his Instagram account.

In October, the head of Iranian Space Research Center, Hassan Haddadpour, announced that Iran planned to place three remote sensing satellites and one communications satellite in orbit by 2021.

In July, Iran also inaugurated the Imam Khomeini Space Center, which Iranian leaders described a "turning point" in the country's space activities. Hossein Shahrabi, the chairman of Iran's Sairan Space Group, told the Iranian state T.V. that "the space center would allow Iran to start competing with world powers for launching light-weight satellites to low orbits of the earth".

As part of a comprehensive plan to develop its space program, Iran also successfully launched its second satellite, dubbed Rassad (Observation), into the earth’s orbit in June 2011. Rassad’s mission was to take images of the earth and transmit them along with telemetry information to ground stations.

The country’s third domestically-built Navid-e Elm-o Sanat (Harbinger of Science and Industry) satellite was sent into orbit in February 2012.

US officials have expressed the worry that Iran’s satellite and space work may function as a cover to produce intercontinental ballistic missiles (ICBMs).