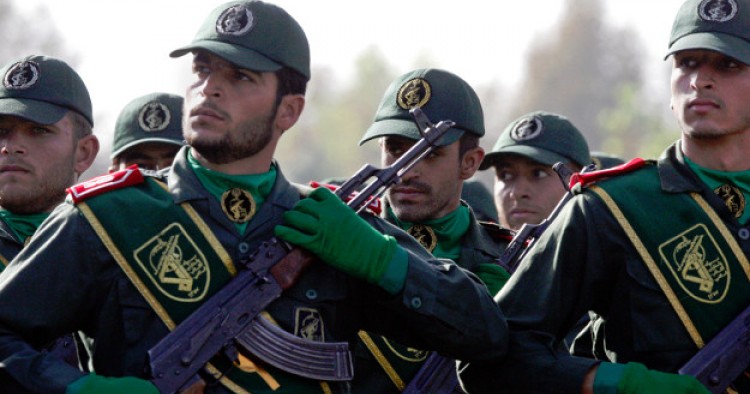 A senior Iranian military official said today that the country’s armed forces have staged wargames codenamed Eqtedar (Might) in the northwest close to Iraqi Kurdistan to send a clear message to the enemies. "The wargames are being conducted in view of recent events in the region,” General Nozar Nemati, the deputy commander of Iran’s Ground Force, said referring to an independence referendum vote in Iraqi Kurdistan last week. “The timing and geographical dimension of the Eqtedar exercise will send a clear message to the enemies of the Islamic Iran.” Nemati added that the Iranian military will use all its power to secure the borders and preserve the country’s national interests.

Comment: The Iranian and Iraqi armed forces launched the Eqtedar military drill on Monday in Iran’s northwest lose to the Iraqi Kurdistan region. According to Iranian media, artillery and infantry units of the Artesh (Iran’s regular army), the drone and helicopter squadrons of the Ground Forces of Iran’s Islamic Revolution Guards Corps (I.R.G.C.), and some units of the Iraqi Army participated in the exercise.

After the independence vote in the Iraqi Kurdistan region, the Baghdad government sought help from Iran and Turkey to take control of its border crossings in the north. Iraqi Army has also held a similar joint military drill with Turkish troops along their shared frontier.

After the meeting, Bagheri said the two countries have agreed to coordinate “joint military efforts” along their shared borders. “The Islamic Republic of Iran supports an integrated and unified Iraq. As the Iraqi Prime Minister declared, our shared borders are with the legitimate government of Iraq. We also do not recognize any sovereignty for parties and factions in northern Iraq along Iran’s borders. This is the view of the two countries armed forces,” Bagheri told reporters after the meeting. “Tomorrow, Iranian and Iraqi operational teams will visit the two countries shared frontier from the Iranian side, and we have expressed our readiness to help the Iraqi government establish its control over shared borders,” he added.  Bagheri also noted that he reiterated the Islamic Republic’s support for the Iraqi government, Army, and the Popular Mobilization Forces in the meeting with al-Ghanmi.