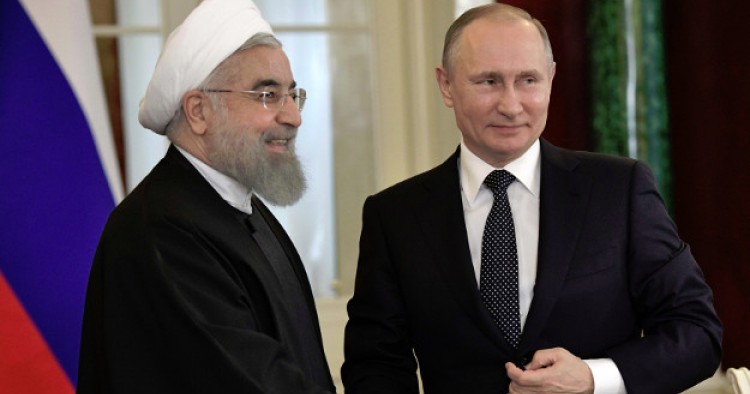 Iran has announced that it will allow Russia to use Iranian bases “on a case by case basis” to launch air strikes against “terrorists” in Syria. "Russia doesn't have a military base (in Iran), we have good cooperation, and on a case by case basis, when it is necessary for Russians fighting terrorism to use Iranian facilities, we will make a decision," Iranian Foreign Minister Javad Zarif, who is accompanying President Hassan Rouhani in a high-profile trip to Moscow, told Reuters earlier today. Zarif also noted that Iranian and Russian leaders would discuss the Syrian conflict in their meeting in the Kremlin.

Comment: While both Tehran and Moscow have been depicting today’s meeting between Russian and Iranian leaders in Moscow as mainly about trade and energy deals, the conflict in Syria, as Zarif’s remarks suggest, perhaps topped the agenda. Iran and Russia have been cooperating closely in propping up the Bashar al-Assad regime over the past two years. But their tactical cooperation and short-term and immediate-term objectives in Syria do not necessarily mean the two countries share long-term strategic goals in Syria or in the broader Middle East. The Russian military briefly used Iran’s Hamadan Air Base last August to launch air attacks against anti-Assad forces in Syria. But the arrangement was canceled abruptly as a result of a backlash inside Iran after Moscow publicized the secret agreement. A number of Iranian lawmakers, for example, argued that allowing a foreign military to operate on the Iranian soil violated the Islamic Republic’s constitution. The event exhibited the fragility of Iran-Russia defense and military relationship as well as a long-standing and deep distrust between the two countries.