Iranian-Backed Iraqi Group: Our Forces Are Ready to Recapture al-Qa'im near Syrian Border 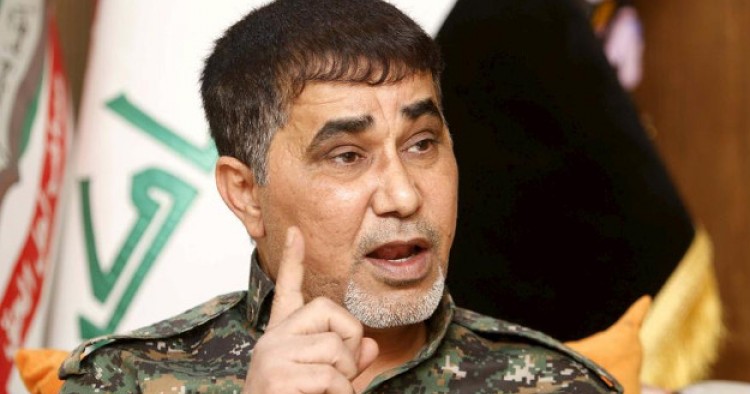 A commander of Iraqi Popular Mobilization Forces (P.M.F.) has announced that the paramilitary forces have taken complete preparations to recapture remaining areas under the Islamic State control in western parts of al-Anbar Province close to the Syrian border. According to Fars News Agency, an Iranian outlet affiliated with the Islamic Revolution Guards Corps (I.R.G.C.), Jawad al-Talibawi, the spokesperson for the armed wing of Iranian-supported Asaib Ahl al-Haq, said P.M.F. forces wait for an order from the Baghdad government to liberate the al-Qa’im border town along the Euphrates River and maintain security along the shared Iraqi-Syrian border. He added that the Islamic State still controls large swaths of territory in the border region and that to liberate all those areas will be difficult because of rugged terrain there.

Comment: The border town of al-Qaim is strategically important for Iran and its proxies as it is a crucial part of Tehran’s broader plan to carve out a land corridor to the Mediterranean through Iraq and Syria. In Syria, Iranian-led militia forces and the Syrian Army are currently advancing in the oil-rich Deir Ezzor Province to reach the Iraqi border and capture the Abu Kamal border crossing. By linking up its proxy forces along the Syrian-Iraqi border, Iran will have secured its strategic prize in the region. But the extensive presence of the Islamic State in Deir Ezzor on the one hand, and the advance of U.S.-backed rebels into the province from northeast Syria on the other, present a major obstacle to the Iranian project.

Asaib Ahl al-Haq – or the League of the Righteous – is an Iraqi Shiite militant group fighting in Iraq and Syria. The group is funded by the Iran and reportedly has more than 10,000 fighters. According to the U.S. government accounts, the Lebanese Hezbollah upon a request by the Iranian government helped form and train A.A.H. in 2005 to carry out attacks against the U.S.-led coalition forces in Iraq. AAH started as a splinter group of the Mahdi Army, the powerful Shiite Iraqi paramilitary force led by Muqtada al-Sadr. A.A.H. has been accused of killing American soldiers and committing human rights abuses against Iraqi Sunnis.

Qais al-Khazali, the head of the group, has pledged allegiance to Iran’s Supreme Leader Ali Khamenei, and his group takes orders from I.R.G.C. Quds Force Commander Qassem Soleimani. Khazali was arrested by the U.S. military in 2007 for his alleged role in high-profile attack in Karbala that had killed five American service members. But he was released two years later along with other A.A.H. members – apparently in an exchange for a British hostage. The U.S. and British government denied it was a prisoner exchange.