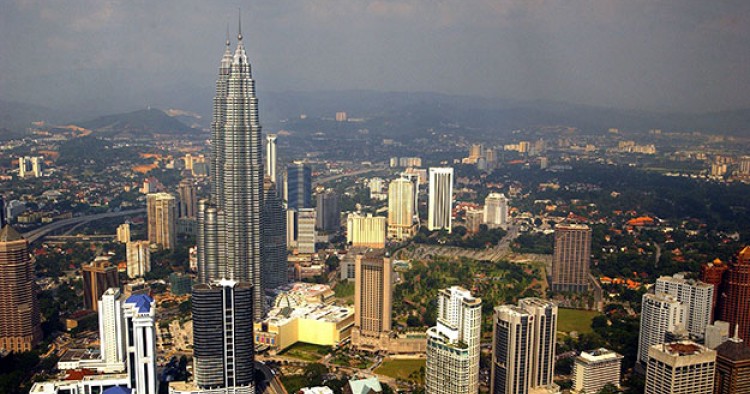 The Iranian diaspora in Malaysia is incredibly diverse. Supporters of the Green Movement, students, individuals who fast and pray and those who do not know the direction of the qibla, clerics who promote secularism and those who promote the authority of the vilayat-i faqih, Iranian Kurds, Turks, and Arabs, journalists, artists, and environmentalists: all these—and more—constitute the community of Iranians who have fled or quietly moved to Malaysia.[1]

Similar to Iranian communities in North America, Europe, Australia, and the Middle East, the Iranian diaspora in Malaysia, which numbers 70,000–100,000,[2] is a post-Islamic Revolution phenomenon. The most recent wave of migration occurred after the contested 2009 presidential election, which sparked mass protests and a demand for a recount. The regime not only rejected allegations of vote-rigging but also cracked down on demonstrators, eliciting forced confessions and staging show trials. As a result, many activists left Iran. Malaysia, with no visa policy for Iranian nationals and a comparable cost of living, offered an immediate and affordable refuge. But, as noted, the community is not only comprised of political dissidents. Students who are funded either privately or by the Islamic Republic are in fact the largest segment, and business owners, travel agents, and members of the financial services sector who largely rely on Iranian customers also constitute a significant part of the community.

Iranian migrants in Malaysia, unlike their counterparts in North America, Australia, and Europe, cannot acquire citizenship except in cases in which they have invested large sums of money in Malaysia or married a local. In cases in which migrants cannot obtain citizenship or secure residency, they must either return to Iran or migrate to a third country, the latter being a limited option.

This leaves those Iranians who fled to Malaysia to escape persecution in a vulnerable position. If they fail to secure passage to a third country, they often reduce, hide, or even cease their activism in order to be able to return to Iran without fear of persecution, to continue receiving academic financial support from the Iranian government, or to protect their families in Iran from being targeted by the regime. It is therefore not surprising that Iranian political activism in Malaysia is generally limited to a reformist agenda as opposed to calls for regime change, which are prevalent in other Iranian diasporas.  Another way in which dissident migrants are vulnerable is due to the presence of Iran’s security apparatus. Because of the friendly relations between Iran and Malaysia, the Islamic Republic is allowed to extend its intelligence into the country, causing Iranians there to feel as though they have simply moved to another public sphere in which they are subject to surveillance.[3]

The tenuous position that Iranians in Malaysia occupy means that they may distrust each other, particularly those belonging to different classes or religions or those with different political leanings. Thus, many migrants who are obliged to return to Iran avoid other Iranians and some may attempt to pass as another nationality. This distrust is also identifiable among many women, who express their desire not to wear the hijab but are hesitant to remove it around other Iranians. This is unlike the vast majority of Iranian women in other diasporic communities, who freely remove their hijab without fear of consequences for their families in Iran or for themselves upon their return to Iran.

This disjointed state of the diasporic community is augmented by international economic sanctions against Iran’s oil and banking sectors that have been in place since 2010. Due to these sanctions, the Iranian national currency has lost 70 percent of its value and the inflation rate has soared to 40 percent. Because of this drastic change in the Iranian economy, a demographic shift is taking place among migrants. The Iranian upper class can no longer afford the West and moves to Malaysia, while the Iranian middle class finds Malaysia too costly and either stays in Iran or returns to Iran from Malaysia. The result is a change in the socioeconomic status of the diaspora, and wealthy newcomers are disconnected from the existing diaspora due to their different life experiences and expectations. It is also more difficult for these wealthy individuals and families to form their own community, particularly because they do not share accommodations with other Iranians, which facilitates social formations.

Therefore, the distrust fostered among the Iranian community in Malaysia, due to the presence of Islamic Republic security agents and the economic meltdown in Iran, helps to reproduce the social fragmentation and polarization that is found in Iran proper—that is, the separation of different groups based on identity categories such as socioeconomic status, political or religious beliefs, and gender. Such fragmentation is widespread in Iran due to the exclusion and persecution of those who hold alternative political and religious views from the regime. The large economic gap between rich and poor, segregated public spheres based on gender, and discrimination of ethnic and religious minorities round out this alienating environment.

However, despite this fragmentation and polarization, my fieldwork among different groups of Iranian immigrants in Malaysia suggests that a kind of pluralism is occurring among students, political elites, and businesspeople. By pluralism, I mean the emergent socio-discursive capacity to recognize and accept taken-for-granted and/or unspoken diversities. This occurs more so when Iranians are able to secure a long stay in Malaysia or have the knowledge that they will be able to migrate to a third country, as their level of anxiety about trusting fellow migrants decreases.

For example, when organizing celebrations such as Nowruz, Iranians in Kuala Lumpur ensure performances from different ethnic groups are included, and when holding political gatherings or book events in cafés, they make certain that diverse groups are invited and a variety of views are discussed.

This pluralistic tendency is occurring for several reasons. For one, the plural condition of the host country, which consists of Muslim Malays, Buddhists or Christian Chinese, and Hindu or Muslim Indians, enters the life experience and discourses of Iranians, who then in turn add another element to the plurality. Iranians speak of collaboration between different Malaysian ethnic citizens, freedom of religion, and tolerance for alternative lifestyles, which all provide a comparative backdrop against which Iranians’ own diversity becomes more palpable.[4] Malaysia’s accommodating policies toward tourists, whose demands are not necessarily in agreement with an Islamic lifestyle, add to this backdrop. Observing Malaysia’s success, Iranians also contrast it with the failure of the Islamic Republic to grow its tourist industry. Essentially, Iranians’ exposure to a Muslim country different from Iran has the potential to alter their views of the homeland as well, since the back-and-forth commute makes them more self-conscious of their history and the cultural components of their identity.

The second cause of pluralism is exposure to the diversity of Iranians themselves, which is more visible in Malaysia than in Iran, as alternative political views and lifestyles are for the most part allowed. In shopping centers, classrooms, and restaurants, Iranians have the chance to see and listen to other Iranians—both fellow migrants and tourists alike—who think, dress, and practice Islam differently. This diversity includes supporters and critics of the Iranian regime, promoters of friendship with Israel (albeit rare), and women in all types of dress, from chadors to miniskirts.

The third cause of pluralism is linked to engagement with political conditions and discourses on Iran. For instance, before Iran’s recent presidential election Iranian activists in Kuala Lumpur held discussion groups in which topics such as whether Mohammad Khatami and Hashemi Rafsanjani should register as presidential candidates or, later, whether they should support Hassan Rouhani were discussed. Groups also debated whether ethnic and religious minority rights should become part of the candidates’ demands. These discussions engaged with and thus were informed by global diasporic discourses of modern human rights grounded in Islamic traditions, approaches to protecting the rights of minorities, and notions of egalitarian popular sovereignty and citizenship.

Thus Iranians’ diasporic experience operates as a laboratory for pluralism, in that Iranians acknowledge and accept their diversity—a condition wherein the diversity of the community is observed, performed, and hence “normalized,” to use Judith Butler’s theory of performativity.[5] Butler uses the term “perfomativity” to refer to gestures and speech acts that are not reflections of identity but are “self-made” modes of discourse that bring identity to life. For example, in Nowruz celebrations in March 2013 at the University of Malaya, dancers clad in a variety of ethnic costumes performed, and speakers acknowledged the event’s religious aspect by reciting verses from the Qur’an as well as its pre-Islamic heritage by citing Cyrus the Great and Zoroastrian significance. The audience demonstrated a diversity that would not be possible in Iranian public space in terms of gender mixing and dress, among other practices. In this example, Iranians created their identity as both pre-Islamic and Islamic as well as composed of many diverse elements—which could not occur in Iran proper.

All in all, even if the Iranian diaspora in Malaysia does not always trust one another, Malaysia provides a more open space for different groups to engage with each other, a condition wherein the diversity of Iranian political orientations and religious interpretations becomes more visible—and ultimately accepted. Because Malaysia is a more pluralistic society than Iran, many diasporic Iranians there hone and sustain a pluralistic consciousness vis-à-vis their fellow migrants.

[1] This article draws from fieldwork conducted in Kuala Lumpur as part of an ongoing project on the Iranian diaspora in Malaysia that I am conducting as a postdoctoral research fellow at the Middle East Institute, National University of Singapore.

[2] This is the unofficial number in the absence of official statistics.

[3] This indicates that Iran has retained the power to control global flows. See Verne Dusenbery, “Diasporic Imagings and the Conditions of Possibility: Sikhs and the State in Southeast Asia,” Sojourn: Journal of Social Issues in Southeast Asia 12, 2 (1997): 226–260. However, Iran’s influence is somewhat circumscribed by some of the policies and practices of the Malaysian authorities and as such cannot control the Iranian community fully. As a Sunni Muslim state, Malaysia officially bans its citizens from being Shi‘i and is apprehensive about Iran’s Shi‘i propaganda. The Malaysian police monitor Iranian religious rituals, academic speeches, and diplomatic activities, which would otherwise be important ways for the Islamic Republic to monitor Iranians. Iranian political activists in Malaysia exploit this sensitivity of the host country against Shi‘i propaganda and report such Iranian activities to the police.  At the same time, Malaysian officials are concerned about Iranians’ political activities, fearing that their own political dissidents might follow suit. When after the 2009 Iranian presidential elections supporters of the Green Movement demonstrated at the Iranian Embassy in Kuala Lumpur and gathered in the city center, police dispersed them. Yet, while Malaysia’s eagerness to project and preserve its image as a safe global tourist destination means that the Iranian political opposition living in its borders cannot organize publicly, it is free to do so in private—an activity that would be monitored closely in Iran.

[4] However, it is important to note that tensions exist among groups in Malaysia. See, for instance, Julia Zappei, “Malaysian PM Unveils Cabinet amid Race Tension,” Agence France Presse, 15 May 2013, http://sg.news.yahoo.com/malaysian-pm-unveils-reconciliation-cabinet-132022362.html.