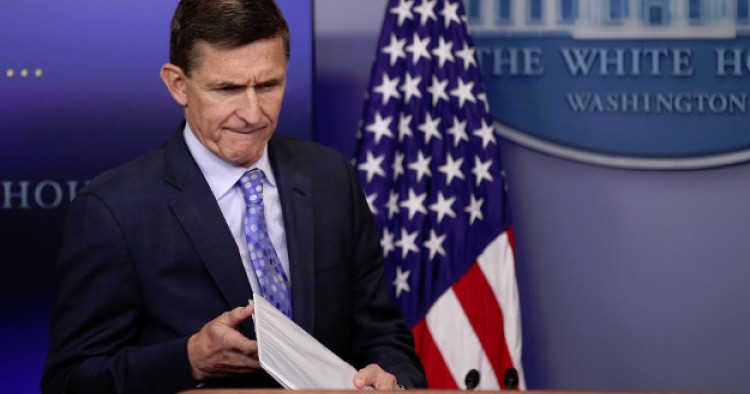 The Iranian media welcomed the resignation of Michael Flynn as the U.S. national security adviser, but cautioned that Washington would continue to pursue hostile policies against the Islamic Republic. Tabnak News Agency, an outlet run by former Islamic Revolution Guards Corps (I.R.G.C.) Chief Commander Mohsen Rezaei, ran a lengthy article analyzing the potential impact of Flynn’s resignation on U.S. policy toward Iran. The article said Flynn was one of “anti-Iran personalities” in the Trump administration, but warned that the acting national security adviser, retired Lt. Gen. Keith Kellogg, would continue an aggressive policy vis-à-vis Tehran. It added: “Similar to [Defense Secretary James] Mattis, he harbors radical beliefs regarding Iran. He had claimed that there was no difference between the ideology of Iran and Daesh [Islamic State]. He also holds Iran responsible for the killing of at least 500 Americans in the wars in Afghanistan and Iraq.” Tabnak also described Flynn’s resignation as “the first wound to Russia on the Trump administration’s body” – referring to former nationals security adviser’s alleged ties with Moscow.

Foad Ezadi, an Iranian analyst of U.S. politics, told I.R.G.C.-affiliated Fars News Agency that Flynn’s resignation was “good for Iran because Flynn was someone strongly anti-Iran and used very harsh language against Iran.” Tasnim News Agency, another I.R.G.C. mouthpiece, ran a scathing attack on Kellogg’s role in the Iraq war.

Comment: While Flynn’s resignation is being celebrated in Tehran, it is unlikely to change the Trump administration’s overall policies toward the Islamic Republic – particularly regarding the nuclear issue, the country’s controversial missile activity, and support for terrorism in the region. President Trump, both during the campaign season and after taking office, has made it clear that he will adopt a more aggressive approach than that of his predecessor to deal with Iran. And Mattis has famously said that the gravest threats facing the United States is “Iran, Iran, Iran.”

Therefore, unless Tehran moderates its destabilizing actions in the Middle East and positively responds to international demands regarding its ballistic missile activity, tension between Washington and Tehran will most likely further escalate regardless of who will replace Flynn as the next national security adviser in the Trump administration.