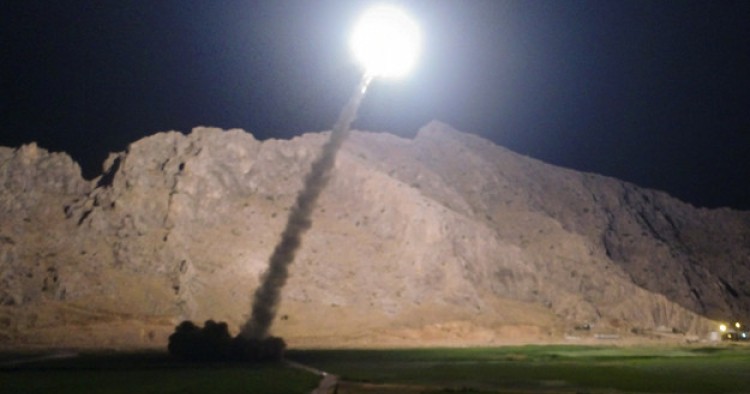 Iranian Parliament Speaker Ali Larijani said today that Iran sent a powerful message to the United States and Israel by firing missiles into Syria, Fars News Agency reported. He praised the Islamic Revolution Guards Corps (I.R.G.C.) for carrying out the attacks successfully and added that the missiles used represented only a fraction of the country’s military power. “It was necessary to exhibit a segment of the Islamic Republic’s power, particularly after silly actions by some regional countries and statements made by the Americans after the terrorist act in Iran.” Larijani also credited Supreme Leader Ali Khamenei for his leadership to project Iran’s power abroad and maintain security inside the country. The top Iranian lawmaker further emphasized that the missile strikes also sent a strong message to terrorists who aim to attack Iran.

Comment: After the June 7 terrorist attacks in Tehran by the Islamic State, Iranian military and political leaders emphasized that they will seek revenge. But while the missile strikes by Iran over the weekend hit Islamic State positions in Syria, they were intended to send a message far beyond the terrorist group. I.R.G.C. had extensive military assets - including thousands of militia forces - to retaliate against the Islamic State. By launching the missile strikes, however, the I.R.G.C. wanted to project power in the region and send a note of defiance to the United States.

“The Saudis and Americans are especially receivers of this message,” I.R.G.C. Spokesman Ramazan Sharif was quoted by the Iranian media as saying. “Obviously and clearly, some reactionary countries of the region, especially Saudi Arabia, had announced that they are trying to bring insecurity into Iran."

Mohsen Rezaei, the former I.R.G.C. chief commander and current secretary of Iran’s Expedience Discernment Council, also warned Israeli Prime Minister Benjamin Netanyahu that Tehran possessed more powerful missiles with longer ranges than ones used against the Islamic State in Syria. “Mr. Netanyahu, this was just the message of Zolfiqar [missile]; the message of Shahab and Zelzal [missiles] is much stronger!” he tweeted before deleting it moments later.

Furthermore, the missile strikes came just days after the U.S. Senate overwhelmingly passed a legislation that would impose additional sanctions against Iran’s ballistic missile program, among other issues of concern. “Another message of this significant action by the Islamic Revolution Guards Corps was aimed at the U.S. Congress that we pay no value to anti-Iranian bills of the Congress,” the Iranian parliament said in a statement.