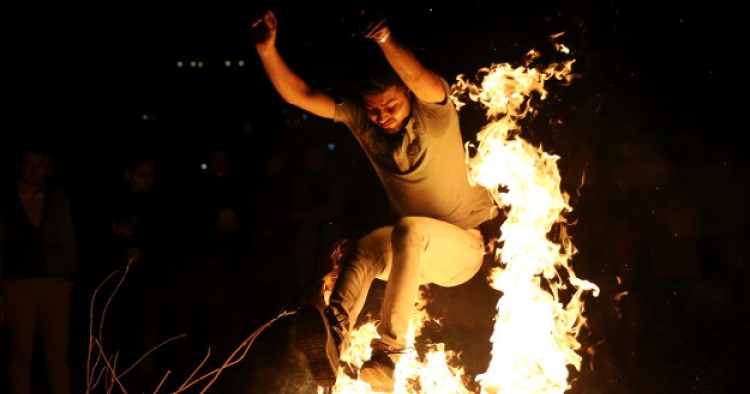 A representative of the Zoroastrian minority in the Iranian parliament has protested at acts of “insult and defamation” against his community and called on the government to protect the rights of Zoroastrians and prevent inflammatory speech against them by the country’s influential clerics and local authorities.

In a letter to Ali Shamkhani, the head of Iran’s Supreme National Security Council, Esfandiar Ekhtiari, a Zoroastrian lawmaker, complained that the community’s Sadeh mid-winter celebration this year was “attacked by elders that are supposed to be enforcing and promoting the law.” He added that these individuals “beat the drum of religious divisiveness in a way that was intolerable and does not seem to be ending.”

While Ekhtiari did not identify the individuals responsible for inciting hatred toward the Zoroastrian community, Iranian clerics and intelligence agents of the Islamic Revolution Guards Corps (I.R.G.C.) and the Basij Force often harass and persecute followers of religious minorities, including the Zoroastrians.

Each year, the Zoroastrian community celebrates the Sadeh festivity in the Taft city of Yazd Province, and their celebration draws scores of non-Zoroastrian spectators from across the country. But this year, according to the BBC Persian, the Association of Zoroastrians in Yazd Province called off public celebration for visitors because of “inhospitable” environment. Recently, the Friday Prayer leader of Taft, Abu al-Ghassem Ghafoori, had warned that “Zionism [Israel] and world imperialism [America]” will exploit the arrival of tourists into the city to infiltrate and carry out “antirevolutionary” activities. He also called on the local authorities to be vigilant.

The hate speech and restrictions on Zoroastrians are another indication that Iran, under the theocratic rule, remains an unwelcome place for religious minorities. Iranian Christians, Jews, and Sunni Muslims are also subjected to acts of discrimination and persecution. The Baha’i minority is arguably the most persecuted group in Iran, and most acts of incitement and persecution against the minorities groups are committed by the country’s security and judicial authorities as well as influential clerics.

Iran’s shrinking Zoroastrian community has suffered discrimination and harassment for centuries. But with the triumph of the 1979 Islamic revolution in Iran, they began to encounter new challenges. Right after Ruhollah Khomeini came into power, his extremist revolutionaries attacked Zoroastrians’ fire temple in Tehran and replaced the portraits of Zoroaster with Khomeini’s at their places of worship. During the Iran-Iraq war in the 1980s, the Iranian regime forcibly dispatched young Zoroastrians on suicide missions in frontlines. Senior Iranian clerics have called Zoroastrians “sinful animals who roam the earth and engage in corruption.”

The Iranian Constitution grants equal rights to religious minorities, but in practice, the authorities continue to subject Zoroastrians and other religious and ethnic minorities to widespread discrimination and persecution.