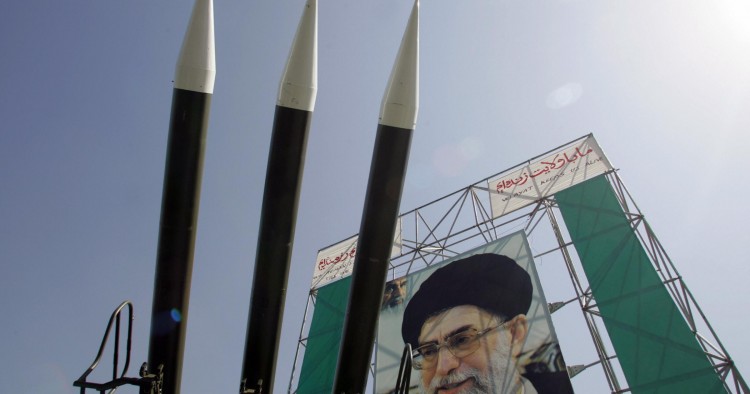 In an Oct. 2 speech to the top commanders of the Islamic Revolutionary Guard Corps (IRGC), Iran’s supreme leader, Ayatollah Ali Khamenei, asked them to be ready for “big events.” In characteristically vague language, Khamenei was issuing a warning to his domestic opponents, President Hassan Rouhani, and the country’s foreign foes. His choice of speaking to the IRGC bosses was anything but coincidental.

This year marks the 30th anniversary of Khamenei ascending to the top job. His reign began on slippery ground. But he was quick to reach a bargain with the IRGC, which had up to that point looked at him suspiciously. The 80-year-old Khamenei is now looking for the second generation of the IRGC to safeguard the regime after he is gone. But giving a carte blanche to the generals—risk-taking by nature and these days more concerned with proxy wars in the region than the fate of ordinary Iranians—has a big chance of backfiring.

In Iran, there are those who say Khamenei’s picking up the baton from the regime’s founder, Ayatollah Ruhollah Khomeini, in 1989 was heavenly preordained. In reality, the elders of the regime chose to put their collective survival above all else and found in Khamenei, a mid-ranking cleric and former president, a candidate a majority could back as a stopgap transitionary leader.

For their plan to work, the requirement that a supreme leader be a “grand ayatollah” had to be dropped. A constitutional amendment was swiftly arranged, which was adopted following a referendum on July 28, 1989, several weeks after Khomeini’s death. An impossible 97.6 percent of voters backed the initiative. But the real task was to control the streets and to convince the Iranian public that the young new leader was made of durable material. That’s when and why Khamenei turned to the IRGC for help. He offered the guards a pact. They would protect his supreme leadership, and he would give the IRGC political cover to pursue its interests, including priority access to funds from the national budget, a major stake in the Iranian economy, a separate and powerful intelligence branch to rival the Intelligence Ministry, and a veto on key foreign-policy matters.

Their alliance was not particularly natural. Throughout the 1980s, the IRGC had been suspicious of Khamenei, who was serving as president of Iran at the time. The guards regarded him as a free marketeer on matters of the economy and not among the regime’s most trustworthy firebrands on questions pertaining to foreign policy.