Iran’s New Navy Chief: We Will Fly Iranian Flag in Gulf of Mexico 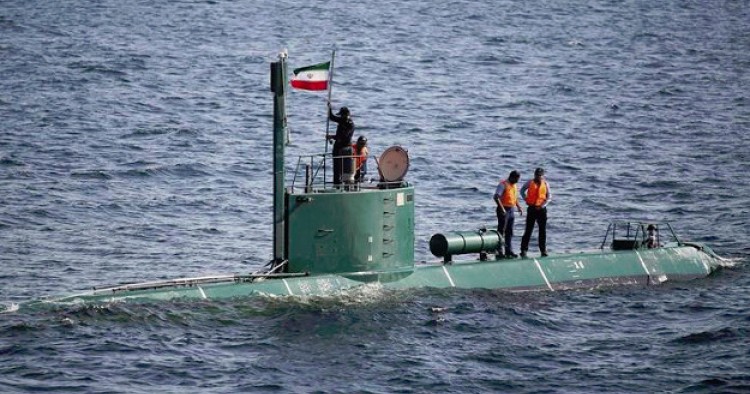 The new head of Iran’s Navy has said that the country is planning on sending warships to America’s backyard, the Iranian media reported. “We will enter the Atlantic Ocean in the near future and will visit South American countries,” Rear Admiral Hossein Khanzadi said at the first press conference since Supreme Leader Ali Khamenei appointed him the new commander of the Iranian Navy. “And we will fly the country’s flag in the Gulf of Mexico,” he added. He also claimed that the Iranian Navy will add new warships and submarines to its fleet in the next one year. Furthermore, the commander of the Iranian Navy announced plans to equip the country’s naval forces with new vessels and submarines within the next 12 months. Khanzadi also revealed that Iran has proposed to countries in the Indian Ocean to create a military alliance to safeguard regional waters without outsides’ assistance. He expressed the hope that the plan is approved at the summit of naval commanders of Indian Ocean countries to be held in Tehran next year.

Rear Admiral Habibollah Sayyari, the former head of the Iranian Navy and now the deputy chief of Iran’s Army for coordination, said earlier this month that the Navy plans to send fleets to open seas between Europe and Americas. He hailed the expanding presence of the country’s naval forces in international waters and claimed that the Iranian naval forces are now able to sail through the Mediterranean Sea, the Red Sea, and the Indian Ocean. Sailing in international waters between Europe and Americas should top the Navy’s agenda, he stressed.

On September 29, Sayyari had said the country’s naval forces would unveil its new domestically-built naval assets in the near future and will also extend their area and scope of operations beyond the Persian Gulf region. “We will definitely continue and expand our extra-regional missions in the future,” he told reporters in Tehran. “This is because we are confident that the presence of the Islamic Republic of Iran in international waters is part of the duty of our naval forces, which needs to be implemented correctly.” Sayyari further claimed that the country’s naval forces are now more ready and better equipped to deal with any potential external threats. “Today, we do not need others for our [military] equipment and we can acquire them on our own.”

In August, Sayyari said new home-made vessels and a missile launching warship will be added to the country’s naval arsenal. "New equipment, including surface and subsurface vessels units, and other equipment made in the country will be unveiled in the Northern and Southern parts (waters) of the country," he claimed. He added that Separ, a new missile-launching warship, will soon join the country’s Northern fleet. The Iranian Navy commander also revealed that his forces would stage drills in the country’s southeastern Makran coast in the near future. "The strategic Navy of the Army annually stages numerous specialized drills, over 25 wargames, in different fields, and therefore, the specialized electronic warfare drills will be held by the Southern fleet and off Makran coasts in the next few days.” Defense Minister Brigadier General Amir Hatami also said that a new homegrown military submarine Fateh (Conqueror) is going through final tests and will soon join the Iranian naval forces.