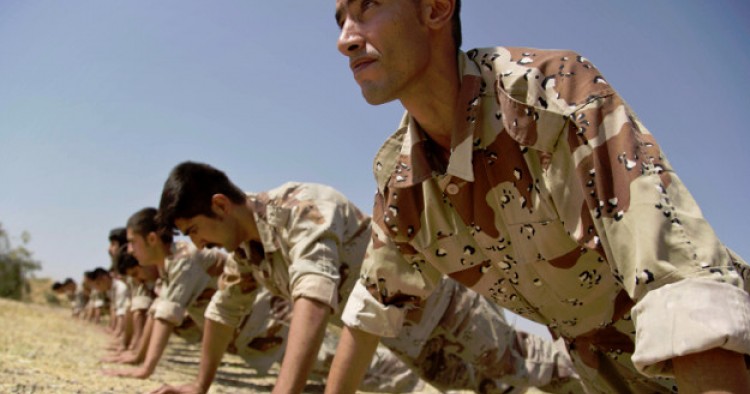 On Wednesday, the commander of the Ground Force of the Islamic Revolution Guards Corps (I.R.G.C.) confirmed that his forces had conducted cross-border strikes into Iraqi Kurdistan to target “counter-revolutionary” militants seeking to attack Iran. “We will target counter-revolutionaries, reactionaries and terrorists in any location where they receive training and plan to threaten the security of our border regions,” Brigadier General Mohammad Pakpour warned. The I.R.G.C. commander added that his forces launched an operation against a “terrorist” group in Iran’s northwestern Kurdistan Province, bordering northern Iraq, about two weeks ago, and that the strikes into the Iraqi Kurdistan were aimed at members of that group on the other side of the border. On Monday, Iraqi Kurdish media reported that Iranian artillery targeted the K.R.G.’s border town of Haji Omaran. Some casualties were reported. Local Kurdish officials said the Iranian military did not accept a request by Kurdish border guards to halt the shelling.

Pakpour’s remarks came after the Iraqi Kurdistan Regional Government (K.R.G.) summoned the Iranian consul-general in Erbil to lodge its formal protest over Iranian cross-border attacks. According to I.R.G.C.-affiliated Fars News Agency the K.R.G.’s foreign ministry also issued a statement in which it condemned the Iranian strikes.

Comment: The Iranian Intelligence Ministry and the I.R.G.C. have stepped up security operations in Iran’s Kurdistan Province in the wake of Tehran attacks in May. But while the authorities in Iran link all security issues in its restive western provinces to actions by the Islamic State and regional governments, Iran’s Kurdistan Province has suffered from low-intensity insurgency and separatism for decades.

The Democratic Party of Iranian Kurdistan (PDKI) said in January that it would continue armed resistance against the Iranian regime. Mustafa Hijri, PDKI’s secretary general, added that the group’s resistance was not “just for the Kurds in Iran’s Kurdistan, but it is a struggle against the Islamic Republic for all of Iran.” Headquartered in the Iraqi Kurdistan, PDKI has at times deployed its forces to mountainous regions inside Iran to attack security forces there.

PDKA had renounced violence two decades ago, but it resumed militancy almost two years ago, claiming that dialogue with the Iranian regime failed to yield results. PDKI militants based in the Iraqi Kurdistan have repeatedly crossed the border and clashed with Iran’s Revolutionary Guards in the Iranian province of Kurdistan. Tehran claims that Iranian Kurdish groups receive support from regional governments, including Saudi Arabia, to fight Iran. But Hijri rejected the allegations saying that it is the Iranian regime’s policy to paint not just the Kurds but all resistance groups and political activists as foreign pawns.

K.R.G.’s Prime Minister Nechervan Barzani said earlier this year that he had made it clear to the Iranian Kurdish groups not to use the Iraqi territory as a base to attack Iran or other countries. But the PDKA claims its presence on the Iraqi soil is justified because the Iranian regime does not allow any political dissent inside Iran. Last year, human rights groups condemned the execution of at least 20 Kurdish activists by the Iranian government.