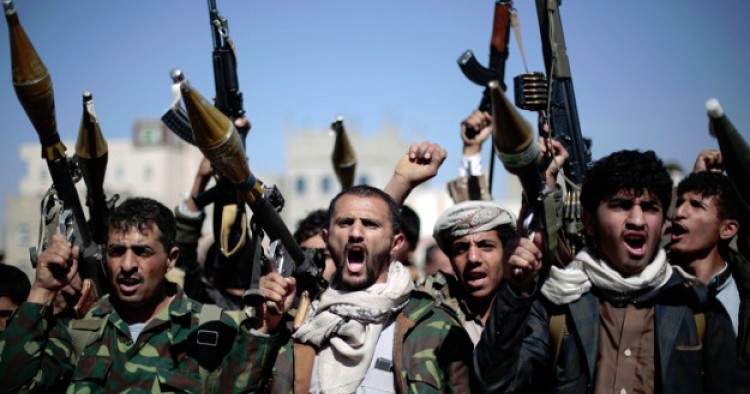 The head of the Islamic Revolution Guards Corps (I.R.G.C.) has admitted that Iran is providing assistance to the Houthi “resistance movement” fighting the Saudi-led coalition in Yemen. “Our assistance to the resistance front has been provided at the request of their people and governments, and Yemen is one of those examples. In Yemen, the power today lies in the hands of Ansarullah and Iran’s assistance is at the level of advisory and spiritual support, which Yemen needs more,” Major General Ali Jafari said at a press conference in Tehran on Thursday. He further stressed that the Islamic Republic will spare no effort to continue supporting the Houthi movement in the future.

But Jafari’s remarks discredit other Iranian leaders’ claim that Tehran does not interfere in the Yemeni affairs by supporting the Houthi rebels. Although Jafari pointed out that Iran’s support to the Yemeni rebels is confined to “advisory” missions, he and other Iranian leaders make similar claims about Iran’s role in Syria and Iraq.

The U.S. military and its allies have confiscated several Iranian arms shipments destined for Yemen in the past two years. In January, the Australian government released photographs that showed light anti-armor weapons seized near the Yemeni coast were manufactured in Iran. And last November, another report published CAR indicated an arms “pipeline” originating from Iran extended to Yemen and Somalia. Last year, Iran’s former ambassador to Iraq, Hassan Kazemi-Qomi admitted that Tehran “assisted the region’s oppressed people, including in Yemen against the Saudi invaders.” In an interview with a conservative Iranian newspaper, he warned that Iran’s national security would be compromised if Riyadh succeeded in Yemen.