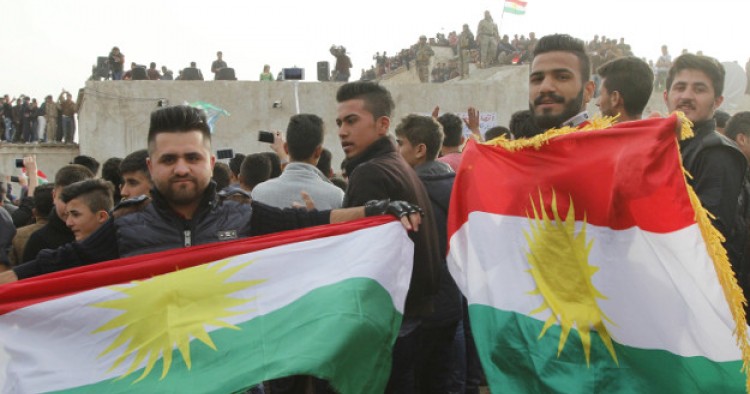 The Iraqi Kurdistan Regional Government’s decision to hold an independence referendum next month would further strain relations between Erbil and Baghdad and risks triggering intra-Kurdish violence, warns an article in Iran’s Tasnim News Agency, which is affiliated with the Islamic Revolution Guards Corps (I.R.G.C.). “Further complicating matters is the KRG’s rivalry with the Sinjar Resistance Units (YBS), a Yazidi armed group affiliated with the Kurdistan Workers Party (PKK) that has been waging a bloody battle for greater autonomy in Turkey since 1984,” the article added. The referendum is “an excuse by Kurdish leaders to remain in power,” the outlet quoted Shaswar Abdulwahid Qadir, the owner of Kurdistan’s independent NRT television network as saying. The article also accused the K.R.G. of intimidating voices of opposition to the referendum plan.

Comment: On June 7, K.R.G. officials announced that an independence referendum would be held on September 25 – a move Tehran strongly oppose. Iranian leaders fear that the Iraqi Kurdistan’s independence may undermine Iran’s long-term strategic interests in Iraq. In April, Major General Qassem Soleimani, the head of the Islamic Revolution Guards Corps (I.R.G.C.)'s elite Quds Force, reportedly traveled to the Iraqi Kurdish city of Sulaymaniyah to convince Iraqi Kurdish leaders not to hold the referendum. The Iranian general, according to Asharq al-Awsat, held meetings with leaders of the Patriotic Union of Kurdistan (P.U.K.), which is headed by Jalal Talabani, and urged them against reaching an agreement over the referendum with President Masoud Barzani, who is also the head of the Kurdistan Democratic Party (K.D.P.). Other Iranian leaders have also publicly voiced opposition to the referendum plan. Moreover, Iranian-backed Iraqi militia groups have also warned that they would not not allow any parts of Nineveh Province to be incorporated into the Iraqi Kurdistan Region. However, they have failed to persuade or pressure the K.R.G. leaders to cancel or postpone the plan.