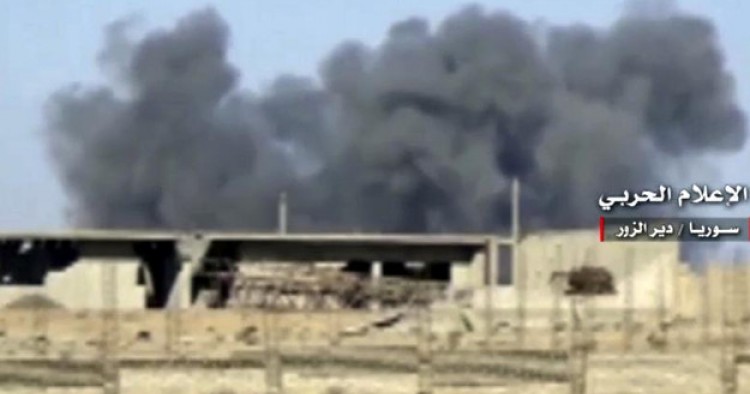 The recent seizure of al-Sukhnah region in Syria’s Homs Governorate has prepared the ground for the Syrian Army and its foreign allies to advance toward and capture the oil-rich Deir Ezzor Governorate, according to Tasnim News Agency, which is affiliated with the Islamic Revolution Guards Corps (I.R.G.C.). According to Tashim’s correspondent in Damascus, al-Sukhnah represented “the main defense line of Daesh [Islamic State] in the Syrian Desert up to Deir Ezzor.” The analysis piece adds that “the liberation of al-Sukhnah is more significant than just as a gateway to liberating Deir Ezzor,” as it will help ongoing military operation by the Syrian Army and its allies in southern Raqqa as well. The Iranian reporter from Damascus added that the Syrian Army and its allies are preparing to advance eastward and liberate more territory in the eastern part of the country soon.

Comment: The town of al-Sukhnah is located between the provinces of Homs and Deir Ezzor. It was reportedly the last region in Homs captured by the Islamic State. Other than its strategic location as a gateway between key Syrian provinces, it is also in close proximity to Syria’s largest natural gas and oil fields.

The Assad regime and its Iranian and Russian allies are currently focusing to seize the oil-rich Deir Ezzor region. For Iran, Deir Ezzor also provides another route to complete its plan for a land bridge to the Mediterranean through Iraq and Syria. The region is also significant for the United States as it is currently a hub for Islamic State fighters. Many Islamic fighters fleeing Iraq and Raqqa are also expected to make Deir Ezzor their new headquarters.