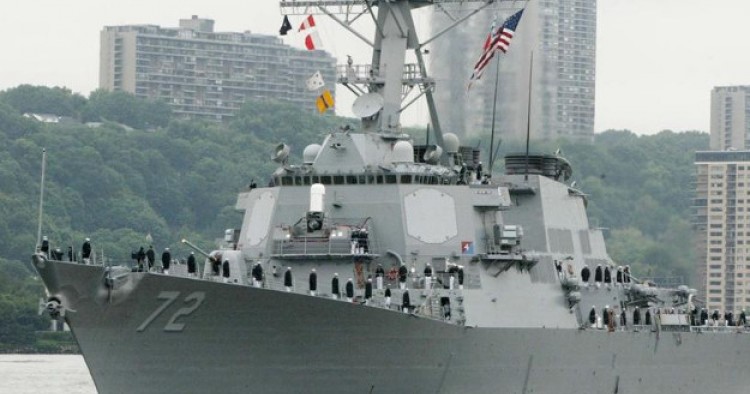 The Islamic Revolution Guards Corps (I.R.G.C.) rejected U.S. claim that an Iranian drone came dangerously close to a U.S. aircraft carrier in the Persian Gulf, and stressed that it will continue its “routine” air patrol in the region despite U.S. warnings. A statement released by the I.R.G.C.’s Unmanned Aerial Vehicle public relations directorate said the country’s air force will disregard “psychological warfare by foreign forces.” It further emphasized that “our air patrolling mission is routinely carried out within the country’s Air Defense Identification Zone on a daily basis and in accordance with existing laws.” The statement further claimed that the American account of an Iranian drone harassing the U.S. Navy was inaccurate, and explained that I.R.G.C. drones are equipped with standard navigation systems and are controlled professionally. It faulted the U.S. identification and reconnaissance systems for the misunderstanding.

Comment: On Monday, U.S. Navy officials said Iran had sent another drone close to a U.S. Navy aircraft carried in the Persian Gulf. "Despite repeated radio calls to establish communications and remain clear, the QOM-1's controlling station was unresponsive and the [unmanned aerial vehicle] did not use any aircraft navigation lights while it made several passes in close proximity to Nimitz and its escort ships during active flight operations, coming within 1,000 feet of U.S. aircraft," Navy Lt. Ian McConnaughey, a spokesman for the Bahrain-based 5th Fleet, said. "The failure of the Iranian UAV to utilize standard, internationally-mandated navigation lights during a night time approach of a U.S. aircraft carrier engaged in flight operations created a dangerous situation with the potential for collision and is not in keeping with international maritime customs and laws."

The U.S. Navy reported on 35 “unsafe” encounters with Iranian naval forces last year, compared to 23 in 2015. And there have been several such interactions this year. In June, U.S. military officials said  three U.S. Navy ships and a Marine helicopter had an “unsafe and unprofessional” encounter with an Iranian Navy vessel in international waters in the Persian Gulf. The amphibious assault ship U.S.S. Bataan, guided-missile destroyer U.S.S. Cole and dry cargo ship U.S.N.S. Washington Chambers were sailing through the Strait of Hormuz when an Iranian vessel came within 800 yards of the Bataan, according to a statement by the U.S. Navy’s Fifth Fleet. The Iranian vessel also shined a laser at the U.S. helicopter accompanying the ships. "Illuminating helicopters with lasers at night is dangerous as it creates a navigational hazard that can impair vision and can be disorienting to pilots using night vision goggles," the statement added. One U.S. defense official told CNN that the Iranian vessel was a missile boat.

In late April, American officials said that a U.S. Navy guided-missile destroyer fired a warning flare to deter an Islamic Revolution Guards Corps (I.R.G.C.) vessel approaching it in the Persian Gulf. According to McConnaughey, the Iranian vessel attempted to keep coming closer to the U.S.S. Mahan although the destroyer had changed course to avoid the escalation. Iran’s Foreign Minister Javad Zarif took to Twitter to defend the I.R.G.C.’s hostile move: "Breaking: Our Navy operates in — yes, correct — the Persian Gulf, not the Gulf of Mexico. Question is what US Navy doing 7,500 miles from home," he tweeted, also attaching a map showing a distance of 7,592 miles between the Persian Gulf and Miami.

U.S. Navy commanders have warned that such Iranian provocations could result in miscalculation and trigger an armed confrontation in the Persian Gulf.