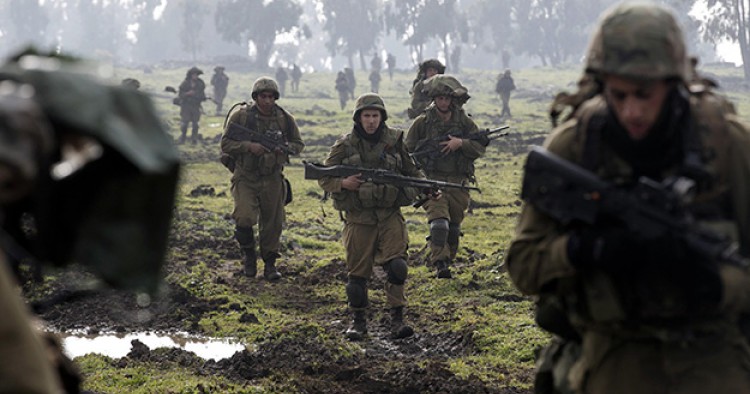 Israel has weathered the campaign to oust Bashar al-Assad far better than its neighbors. Unlike many others, Israel was never a true believer in the failed effort to topple the Assad regime, preferring an opportunistic rather than a principled strategy that aimed at keeping Israel out of harm’s way.

The challenges of postwar Syria, however, may prove more daunting. Israel must now deter any interest by Syria’s Arab and Iranian allies to deploy military forces in Syria against it.

Tel Aviv’s ideal postwar scenario would have resembled prewar Syria—an unpopular regime ruling a country empty of all foreign forces, particularly those led by Russia, Iran and the “resistance axis.” An intact but grievously weakened regime would govern Damascus without threatening Israel’s freedom of military action against threats to its wide-ranging interests.

What Israel faces in Syria today is not the realization of this fantasy, but rather a nightmare scenario in which its vaunted freedom of military action is permanently squeezed by Syria-based Russian aircraft and anti-aircraft defenses, and challenged by the fixed deployment of “resistance axis” forces.

The United States is sympathetic to Israel’s concerns, but has dealt itself out of the central Syria equation, preferring instead to spend time and treasure in an unholy alliance with the Kurdish Democratic Union Party (P.Y.D.). Russia has chosen its allies with greater insight and discipline, emerging as the end game unfolds as Israel’s key interlocutor for a postwar Syria.

The latest Putin-Netanyahu summit—the ninth since the Russian intervention in September 2015—offered the most recent, and certainly not the last, opportunity for Israel and Russia to manage the potential for conflict in the wake of the military victory of the Assad-Hezbollah-Iran axis now unfolding under the Russian umbrella.

Israel has always been wary of Russia’s intervention. Not too long ago, Russia’s deployment and operation of combat aircraft in Syrian skies would have been considered a casus belli in Tel Aviv. Since the Russian intervention of September 2015, Israel, in a series of regular consultations with Moscow, has successfully sought to shape the new environment in a manner than enables it to strike hostile forces in Syria, even as it has been forced to adapt to the operational constraints it imposes.

Israel has legitimate concerns about the malign intentions of Iran and Hezbollah. Yet if its concerns are real, so too are the mechanisms established by Israel and Russia since 2015 to mitigate them. Prime Minister Benjamin Netanyahu has won Moscow’s understanding and perhaps even quiet support to deter actions—like the deployment of significant pro-Iranian forces on the Golan front—that in the zero sum equation could be translated to a strategic advantage.

According to Israel’s air force chief, on more than 100 occasions during the war, Israel successfully targeted suspected Hezbollah arms shipments in Syria.

In this effort, Moscow needed do no more than stay out of the way.

The timing of the Sochi summit reflects Israel’s interest in setting the policy agenda of the international community for the postwar era in which the prospect of permanently stationed Iranian-allied forces in Syria is all too real.

“Most of the discussion dealt with Iran’s attempt to establish a foothold in Syria in the places where ISIS was defeated and is leaving,” Netanyahu said following the meeting.

“We will act when necessary according to our red lines,” Netanyahu said he told Putin. “In the past, we have done this without asking permission, but we have provided an update on what our policy is.”

While Israel’s concerns about Iranian intentions have merit, so too do considerations that reduce the prospect of them being realized. Israel’s deterrent posture is real and transparent. Until now, it has been a critical and effective anchor in the byzantine process of establishing “rules of the game” with the Assad regime, as well as the leaderships of Hezbollah and Iran, that have both constrained provocative actions or exacted a heavy price for their violation. Netanyahu’s continuing diplomacy with the Trump administration, with Putin, and more recently with the U.N. secretary general, is part of this process.

One feature of the civil war has been Assad’s loss of sovereign control, not only to the regime’s enemies but also to its allies. Nevertheless, in the postwar era, neither the Assad regime nor Putin desires to empower Iran or Hezbollah, to independently turn the Golan into a “hot” front against Israel.

A key Russian objective in the war has been the extension of state power in Syria, and the restoration of the sovereign reach of the Damascus throughout the war-torn country. Putin did not address in his public remarks Netanyahu’s warning to Iran beyond acknowledging the “efficient mechanism of cooperation” established with Israel. Investing either Iran or Hezbollah with the power to conduct anti-Israeli policies in Syria, independent of Moscow or Damascus, would strike at the heart of the system Putin has so effectively constructed.

The Assads have been a dependable enemy of Israel for almost half a century—no mean feat in this part of the world. Assad has yet to miscalculate Israel’s determination to prevent Hezbollah from opening another front on the Golan. His televised August 20 speech revealed that nothing on this score has changed—this passes for a comforting reassurance in today's Middle East.

Israel is unhappy with the Russian and American unwillingness to adopt Israel's standards vis-a-vis its enemies as their own, but it is certainly not surprised.

The arrangements first established by Netanyahu and Putin in September 2015 have established a workable baseline for the Syrian endgame that offers both Israel and its antagonists far less than what they prefer. As Israel contemplates the contest for influence in Syria, it will not be the only player constrained by the new realities created by the war.