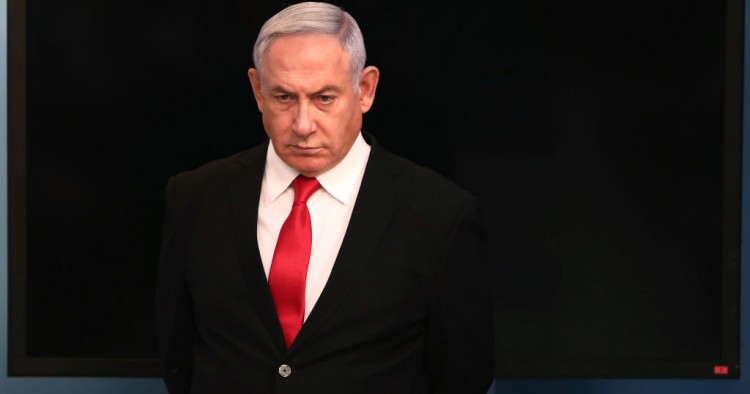 Israel is fighting two battles at once: one against the coronavirus, which has engulfed the entire world, and another against itself. The two are deeply entwined: the country has held three elections over the course of a year, and still hasn’t been able to form a government. Prime Minister Benjamin Netanyahu has governed for 11 consecutive years and now heads an interim government while fighting corruption charges. With the global health crisis thrown into the mix Netanyahu has leveraged emergency powers, his ministers have closed Israel’s courts, and as of Wednesday, the entire Parliament is temporarily suspended. Whether the suspension lasts for a few days or more, the COVID-19 crisis has provided the setting for Israel’s most dangerous political standoff in memory.

Corona is arguably a simpler fight, against a single enemy, while Israel’s political crisis is multi-layered. At the top, two leaders are pitted against each other. Beneath them lie two parties, Netanyahu’s Likud and the competitor party Blue and White headed by Benny Gantz. Each party in turn represents two broad, profoundly opposed political camps. Underlying all these is the clash between something like democracy and something else entirely.

Each side is armed, metaphorically, in different ways. Netanyahu’s camp is hurtling down a well-paved road to authoritarianism. He is backed by an arsenal of undemocratic political, military, and legal infrastructure honed through more than five decades of military occupation over Palestinian civilians of the West Bank and Gaza, and to a large extent in East Jerusalem too. The occupation itself stood on the shoulders of a martial regime Israel installed from 1948 to govern large portions of Israel’s Arab-Palestinian citizens through 1966 — ending just months before the 1967 war. These regimes have been with Israel since the beginning.

Thus, Netanyahu is buoyed by a decades-long national mentality in which democracy is expendable if not stillborn, enemies are eternal, and at present, a strongman leader, even if corrupt, is worth any price.

For supporters, these deeper values justify Netanyahu’s moves since the March 2 election and the corona crisis. At first, Israel’s tough measures looked like a swift, apt response to the virus. But Netanyahu quickly fused the battle with corona with his own political survival — and the authoritarian aspect of Israel.

If quarantine restrictions became a matter of life or death, so did closing Israel’s courts, which Netanyahu’s acting justice minister, Amir Ohana, did on March 14. Netanyahu appointed Ohana in June; he was among the Likud figures to openly support immunity from prosecution for the prime minister. Hours after suspending the courts, Netanyahu’s trial for corruption charges was deferred from this past Tuesday to May. Thus the health crisis was marshalled to override the accountability of leaders before the law.

Simultaneously, Netanyahu is facing an unexpected problem: the election results. After two previous polls were indecisive and Netanyahu was unable to form a government, in March his loyalist bloc again failed to win a majority of seats. This result ties back to the nature of democracy: For a full decade, Netanyahu and his political allies have worked systematically to redefine democracy as unrestrained majority rule. The goal was to ensure that the Jewish majority of citizens, represented by the legislature and therefore the executive in Israel’s parliamentary system, held primacy over the judiciary and the Supreme Court.

Apparently, Netanyahu never considered that he might one day become part of the minority. Instead, the majority of 62 seats went to a loose coalition of right, center, and left-wing parties unified behind ending his rule.

In the days following the election but before the dramatic escalation of the health crisis, Netanyahu resorted to psychological tactics: He insisted that Likud had won the elections as the biggest party, with 36 seats compared to 33 seats for the closest competitor. But being the largest party means little in Israel, where the winner is the party that can form a coalition.

Next he tried to psychologically shear off 15 seats that went to the Joint List, an amalgamated party representing the vast majority of Arab voters and some Jewish voters, by insisting that they could not be counted as part of the opposition’s 62 seats. That failed when the Blue and White party won the endorsement of the Joint List and nearly all other opposition parties, achieving 61 supporters. On Monday Israel’s president tapped party leader Benny Gantz to form the next government.

By Tuesday, Netanyahu crashed through the legal limits of a rules-based democratic order altogether. First, he activated emergency measures to permit electronic surveillance of corona patients. Then the chairman of the Knesset, Yuli Edelstein, another stalwart Netanyahu loyalist, barred a vote to elect a new chair of the Knesset, and on Wednesday suspended the Parliament entirely to stop the formation of critical Knesset committees. At first, Edelstein used the health restrictions on gatherings of over 10 people as a pretext; but the political context was indisputable.

The opposition had a majority to oust Edelstein as Knesset speaker, and it would hold a majority of members on the relevant Knesset committees. That means the legislature would have been governed by someone from a party opposed to Netanyahu, and Knesset committee votes could go in favor of the opposition — placing checks and balances on Netanyahu’s power. Edelstein then openly stated that his aim was to force Blue and White to accept a unity government with the Likud — which would remain under Netanyahu’s leadership.

Edelstein, on behalf of Israel’s executive power, is now dangerously close to violating Israel’s Basic Law: Knesset, which stipulates the election of the chairperson and formation of committees. As a result, over 50 Israeli jurists have declared his behavior unconstitutional. The attempt to impose a “unity” government under Netanyahu, rather than allow Gantz to form a government, is a de facto rejection of the election results. The Knesset, represented by Edelstein has no authority to determine the nature of the next coalition. His behavior can also be read as preventing a peaceful transfer of power. Whether Gantz would succeed at forming a government is by no means guaranteed, but suspending two branches of government, violating Basic Laws, and disrespecting election results has been widely — and justifiably — labeled a coup.

On the other side of the lines, the political opposition is putting up a fair fight. The Supreme Court is still functioning, including in its role as High Court of Justice. Blue and White has petitioned the High Courtagainst Edelstein’s decision to suspend the Knesset. Civil society has revved up its activities: two legal watchdog organizations petitioned the High Court this week against cellular surveillance of corona patients.

On Thursday, demonstrators organized a car convoy to the Knesset to protest the shutdown of the legislature. Although the protesters had complied strictly with the health regulations, police still blocked and arrested some; when protestors asked why, a policeman answered “because” — sparking outrage on social media.

Democratic opposition still matters. On Thursday, the High Court ruled that Israel’s internal security agency cannot conduct cellular surveillance without oversight of Knesset committees by next Tuesday — which would de facto force the Knesset to appoint those committees. The prime minister announced new home quarantine measures on Thursday, but the exceptions included shopping for food and supplies and, notably, demonstrations. Perhaps most importantly, the opposition parties that have little in common are being galvanized psychologically by what unites them beyond a rejection of Netanyahu’s politics — a resurgent fear for the institutional foundation of democracy that has existed alongside Israel’s authoritarian tradition. If those institutions are to be fortified in the future, they must first be salvaged in the present.

Dr. Dahlia Scheindlin is a public opinion expert and political consultant with 20 years of experience. An academic and writer, Dahlia conducts extensive research and policy analysis on the Israeli-Palestinian conflict, democracy, human and civil rights, minorities, religion and state for a range of political and civil society figures in Israel. The views expressed in this piece are her own.