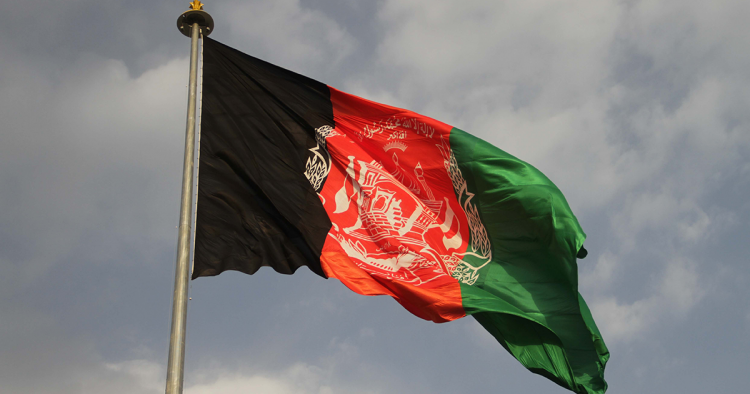 Biden, of course, is now the president. I wonder if he remembers his unanswered question from all those years ago.

Despite the many years of tragic, seemingly endless war in Afghanistan, Mr. Biden’s question is still relevant today. I’ll take a shot at answering it: No number of troops could make a difference. The root of the problem is Washington’s willingness to partner with thieves and warlords.

Over the past 18 years, American policy makers have been well aware of the situation in Afghanistan. They knew about the theft of public and private land. They recognized early on the high-handed and corruption-ridden governing style of Kabul’s bosses. They witnessed the indifference and incompetence of the overflowing bureaucracy. They knew, or should have known, that the bureaucrats would do nothing without a hefty bribe.

And what did Washington do? It watched in silence and hoped things would somehow turn out for the better. That policy was wrong. When wars are lost, pursuing the wrong policy is usually to blame.

The mistake that led to a criminal syndicate ruling Afghanistan was made in Bonn, Germany at the end of 2001. Under pressure to act quickly, while listening to a few disingenuous Afghans, Washington succumbed to empowering predators and mercenaries to hold sway over the destitute Afghan people. Instead of strengthening institutions, the Bonn Agreement empowered individuals who had thrived in chaos and viewed it as an advantage. They feared the rule of law and did all they could to prevent it from emerging.

Furthermore, the U.S. invaded Afghanistan with too nimble a military force, depending heavily on CIA operatives and briefcases full of dollars. The people motivated by those dollars should not have been entrusted with ruling a nation.

There’s nothing wrong with the CIA paying people off when it’s in the best interest of the country. We live in a dangerous world, and the CIA plays a key role in intelligence gathering and security. But it should not be installing a country’s leadership. The people the CIA trusted in Afghanistan had been bought off to betray their country. When such people rule a country, they invariably misuse their power and do so in a grand style — as did the Shah of Iran, Saddam Hussein, and yes, Afghanistan’s leaders.

The use of a nimble military and the focus on buying allegiance was clearly a failure of policy. While the short war ended in a dramatically painless victory, the result was a perfect failure. The three major goals of the exercise were the capture and killing of Osama bin Laden and the destruction of both the Taliban and al-Qaeda. Bin Laden was killed years later in a separate operation in Pakistan. Al-Qaeda has transformed itself into an international menace. And the Taliban seem to have been right by saying, “You have the watches, we have the time.”

It is a positive sign that President Biden is reevaluating the peace agreement that the Trump administration had signed with the Taliban. The follow-up negotiations in Doha between the Afghan government and the Taliban have proven worthless.

It’s hard, if not impossible, to foretell the future. Yet, I am willing to predict that the differences between the Afghan government and the Taliban will prove irreconcilable. The Afghan government is set on staying in power; the Taliban reject joining the Kabul regime. There can be no coalition between them, despite U.S. Special Representative Zalmay Khalilzad's recent proposal for an interim governing structure that would eventually lead to a power-sharing agreement.

While Washington should avoid forever wars, the solution to the Afghan problem shouldn’t be abandoning that country in its present condition. It would lead to civil war, countless deaths, massive destruction, and millions of refugees. There are probably ways to avoid that, and Washington must search for them.

This search must be taken seriously. It would impact the future of 35 million tormented people and their damaged country. It would impact the already dented credibility of the United States on the international scene. It would certainly tell the Third World — not its leaders, but its youth, who constitute an overwhelmingly large majority of the population — what the essence of American foreign policy is and how conscientiously and judiciously Washington conducts it.

Washington must not only begin the search for a workable and responsible new Afghan policy, but also look for fresh faces, not insincere people who are in it for the glory, but people who understand the urgency and significance of this search for the suffering of the Afghans and for the compassion and perseverance of the American people.

The Afghans — the educated and many of the illiterate, the young and most of the old — feel trapped and want desperately to be freed. Many people are filled with anger and a deep sense of betrayal. They hear of the billions of dollars that were poured into their country and see people flaunting this stolen money. They see the value of their own meager incomes decline continuously. Statistics display ever-growing poverty.

That is the challenge. It’s something America has done before and can do now, not only for the sake of the Afghan people but also for the sake of America’s reputation and credibility.

Nasir Shansab is a businessman who divides his time between Kabul and northern Virginia. The opinions expressed in this piece are his own.