Justice and the rule of law: The World Bank in need of reinventing itself 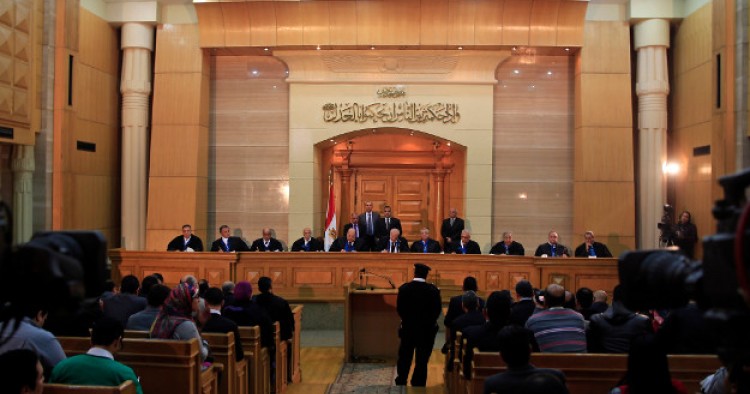 In his speech at the 2019 Annual Meetings, the World Bank Group’s President David Malpass emphasized the need for a renewed focus on country development outcomes by promoting rule of law, transparency, and debt management in public finances. This echoes what, about two decades earlier, President Jim Wolfensohn strongly suggested through the Comprehensive Development Framework (CDF), which gave prominence to governance, transparency, and legal and judicial reform (LJR). Governance and the rule of law were strong tenets of the Bank’s development credence, and the World Bank engaged decisively in operationalizing this agenda. A large number of countries accepted the challenge and saw in the reform of their judiciary and in the updating of their legal framework, a constructive and sustainable way to open up their economies and attract foreign direct investment. They realized that above and beyond the run towards adopting broad ranging and often outdated legislation — such as investment codes — investors are in reality looking for concrete measures securing their ventured assets and ensuring predictability, transparency, and sound governance.

In the Middle East and North Africa (MENA) region, as it ushered in a more open system of government in the late 1990s, Morocco started in earnest with a small but catalytic World Bank-led LJR project. It focused on the creation of modern commercial courts, with cutting-edge case and court management systems, the training of judges in economic matters, the delivery of free judicial services to the poor — notably small claims cases — and the adoption of alternative dispute resolution mechanisms, for out-of-court settlement. The impact of the project was important and drew praise from foreign and domestic investors alike. Other countries such as Jordan, the West Bank and Gaza, and Yemen, followed suit with uneven successes and outcomes. Lebanon, Tunisia, and Egypt went their own ways, and the political will to modernize the justice system, notably as it addresses economic matters, became a fixture and somewhat of a must in the Bank dialogue with its partners and member countries in the region. Governance became a natural and accepted segment in the Bank’s parley with its clients and partners.

But the energy behind this drive fizzled somehow. The beginning of the 2000s era, a decade of lost opportunities for reform in the region, witnessed high oil prices, large spending, and increased but uneven and unsustained foreign direct investment and remittances. With shifting interests on the part of its clients, the Bank’s priorities moved towards other dimensions of the development agenda, and the pendulum swung somewhat farther away from governance, LJR, and the rule of law broadly defined. These were kept as talking points, but seldom enshrined in the public and open agendas and specific country programs.

Today, on the streets of Iraq, Lebanon, Egypt, Algeria, Tunisia, Morocco, and other countries, we hear the demands of the youth, asking for justice, governance, dignity, and jobs. In contrast to these demands, we see governments unwilling or unable to move towards systems of governance that would ensure transparency, accountability, and fair competition for all. Governments unable or unwilling to address the urgent need to push back against rentier economic actors and incumbents, with stalled growth, poor job creation, and mounting frustration as a result. These calls for justice and the rule of law, and the incapacity of a large number of governments to meet the demands of their citizens, are becoming even more glaring close to 10 years after the Arab Spring brought about tectonic shifts in the national polities and in the regional political landscape of the whole MENA region.

The World Bank’s determination to end poverty and achieve shared prosperity can only be credible, and achieve its projected outcome, when a full and unwavering commitment to governance, transparency, and the rule of law gets concretized. Such a push will also help with anti-corruption efforts necessary for the eradication of poverty. Corruption can only be vanquished if transparency, a rigorous justice system, and credible redress mechanisms are put in place. The World Bank can and must re-engage on that path.

With a number of colleagues, I have been advocating for a renewed social contract between citizens and their government in MENA. We believe that a large part of this contract to be re-negotiated lies in the need to move on promoting contestability in the economy, competition, fairness, and a level playing field for all economic actors. This needs a renewed emphasis on a credible, efficient, fast, and predictable judiciary, and actionable relief which gives confidence and trust to all.

To quote President Malpass in the abovementioned speech: “Key development steps are the establishment of a dependable rule of law that encourages transparency in government contracts and pensions, fights corruption, builds strong and accountable institutions, and creates a level playing field so that the private sector is allowed to compete fairly with state-owned enterprises, the military, and the government itself. ... The payoff is that countries that make this step attract more investment, both foreign and domestic, and can generate growth that benefits a broader part of the population.”

We owe it to our partner governments to provide candid advice which is in the best interest of their citizens. Re-engaging in the LJR agenda will revive the legacy of all those who believed in it and worked tirelessly to instill it as a major underpinning of the global development debate while also responding to the demands of the region’s youth and its middle class.

The legacies of President Wolfensohn and that of his Senior Vice President and General Counsel the late Ibrahim Shihata, are there to serve as a reminder that the rule of law is one of the ultimate development tools to fight poverty and exclusion and to achieve shared prosperity.

Ferid Belhaj is the Vice President for the Middle East and North Africa region at the World Bank Group. The views expressed in this article are his own.