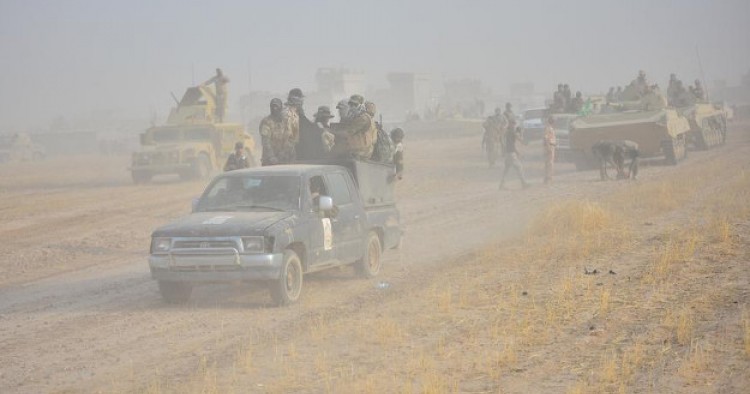 Hojjatoleslam Mohammad Mohammadi Golpaigani, the head of Supreme Leader Ali Khamenei’s office, credited the Iranian leadership for preventing the establishment of a “second Israel”  in northern Iraq. “America and Israel had planned to create a second Israel in the Iraqi Kurdistan region. And it is a shame that the Israeli flag was hoisted there,” Golpaigani said at the inauguration ceremony of 200 mosques and a cultural center today. “But the [Supreme] Leader’s instructions and sacrifices of General [Qassem] Soleimani disrupted their designs. And Kirkuk was liberated without blood coming from anyone’s nose,” he added. The top Khamenei aide said that the United States has pursued hostile policies against Iran over the past four decades but emphasized that President Donald Trump is the “worst” American president and Tehran-Washington tension has intensified to an “unprecedented level” under Trump’s watch.

Comment: Golpaigani’s remarks refute earlier claims by other senior Iranian officials denying Tehran’s involvement in the Iraqi Kurdish dispute, particularly in Kirkuk. Last week, for example, Ali Akbar Velayati, a member of Iran’s Expedience Council and advisor to Khamenei, rejected reports that Tehran helped Baghdad to reassert its control over Kirkuk.  “Iran has no role in the Kirkuk operation,” Velayati told reporters in Tehran on Tuesday.

That is perhaps the reason that some Iranian state-run and semi-official news outlets later today either omitted Golpaigani’s reference to the Kurdish dispute in their reports or changed his remarks – crediting the Iraqis for the Kirkuk “liberation” instead.

Recently, Iranian officials and analysts have labeled Iraqi Kurdish leaders’ bid for independence as an “Israeli project” aimed at countering Iran’s influence in the region, and vowed not to “allow a new Israel to take shape in the region.”

An article in Fars News Agency, for example, argued: “The Zionist regime is permanently vulnerable as it lacks a strategic depth. Therefore, a logical option in this regard is to introduce new territories for its continued existence in the region.” The piece entitled “Israel Needs a Country Named Kurdistan” further opined that Israel is worried about Iran’s growing influence in Iraq and Syria and is therefore hatching a new “plot” in northern Iraq to push back against Tehran and its allies. “The independence of Iraqi Kurdistan and a government based on Zionism thought process in charge of oil resources in Kirkuk could serve as a guarantor of this regime’s existence.”

It was against this backdrop that Major General Qassem Soleimani, the head of Iran’s elite Quds Force, reportedly traveled to Iraq to mobilize the Shiite militia forces to help Baghdad retake control of Kirkuk.

After Israeli Prime Minister Benjamin Netanyahu declared support for the Kurdish independence, Iranian leaders found another reason to oppose the referendum. They argue that Israel, with U.S. support, aims to create a client state in northern Iraq against the “axis of resistance” – a term Tehran uses for its alliance with Shiite state and non-state actors in Syria, Iraq, Lebanon, Yemen and beyond. “The Zionist regime and the world Arrogance [U.S.] are behind this,” cautioned Major General Hossein Bagheri, the head of the Iranian Armed Forces.