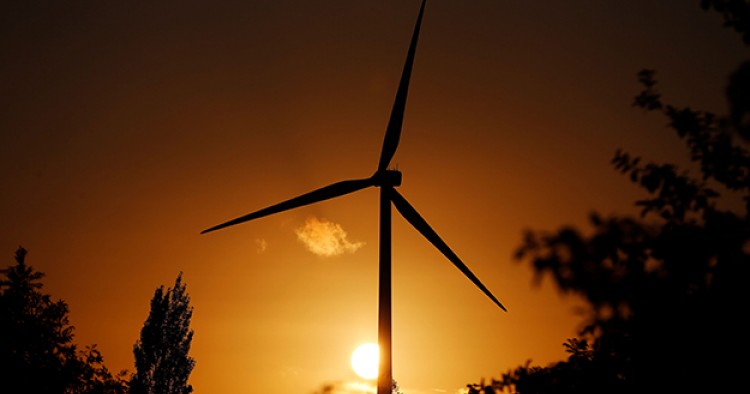 In 2010, Lebanon had published the National Wind Atlas a report undertaken by the U.N. Development Programme that catalogued Lebanon’s extensive wind resources. This report inspired local policy makers in Lebanon to pursue wind generation projects. The mean potential of wind was estimated to be 6.1 gigawatts, a shocking amount given Lebanon’s size. Over seven years later, the Ministry of Energy and Water and three private sector companies—including my own—signed an agreement to provide electricity to Lebanese consumers.

The journey to the deal was very difficult. Potential investors balked at the lack of a solid regulatory framework to license wind power, the wind farms’ proximity to the Syrian border, and the national grid’s ability to cater to this new variable power source. Moreover, many claimed that the political risks were too high.

However, not investing in renewable energy could be catastrophic. Today Lebanon’s economy stands on a cliff’s edge. Lebanon imports, on average, approximately $2.5–$3 billion worth of fuel to power the conventional power plants of Lebanon’s national electrical utility Electricite du Liban (EDL) and the neighborhood’s rented or owned diesel generators. These outflows of capital constitute approximately 3-8 percent of the national gross domestic product (GDP). Furthermore, between 8 and 23 percent of Lebanon’s trade deficit is due to this oil import bill, and approximately 40 percent of Lebanon’s national debt of $80 billion is due to the purchase of oil for the country’s electrical power plants. Relying on expensive and polluting heavy fuel oil and diesel oil simply cannot continue. The shift to natural gas and renewables should be a top priority, and was flagged as such in the latest CEDRE donor conference in Paris this past June.

The Ministry of Energy and Water, through the Lebanese Center for Energy Conservation, has pushed ahead with the wind power project since 2011 and has worked tirelessly to advance wind energy projects. However, the government needs to play an even larger role. In particular, Lebanon needs to urgently modernize its national grid and EDL in order to bring the power sector into the 21st century.

Lebanon signed the Paris Climate Change Agreement in 2016 and has committed to having 15-20 percent of its energy come from renewable sources by 2030. Experts have indicated that even if all signatory countries implement their commitments under the Paris agreement to the letter, there is still a low probability of limiting a global temperature increase to 2 degrees Celsius. It is clear that more must be done.

Worldwide investment in renewables has slowed relative to investment in conventional power at a time when renewable energy growth needs to continue growing and with more urgency. Wind power development is one solution that, if expedited, can help to achieve Lebanon’s target under the Paris agreement and help Lebanon play its role in the global fight against climate change. Our hope is that all of the government’s ambitious renewable energy objectives become a reality. Lebanon needs this urgently for its economy, for every graduate looking for a job, as well as for its present and future environmental and social well-being.