The lessons of history: The PJD and the history of partisan politics in Morocco 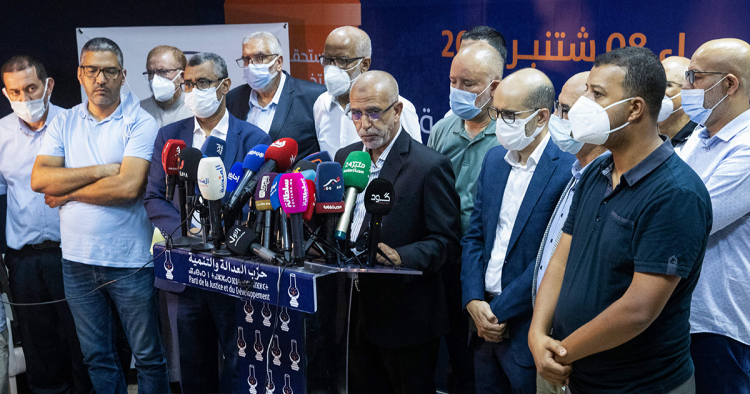 The PJD just suffered a brutal electoral defeat. Their ideology did not.

On Sept. 8, Moroccan citizens handed the Justice and Development Party (PJD) a crushing defeat at the ballot box and withdrew what was essentially a 10-year mandate for partisan primacy in the country. Perhaps driven by combining local and parliamentary elections, official voter turnout reached more than 50%, which is historically high for Morocco. The PJD went from 125 seats in the 2016 parliament — out of a total of 395 — to a mere 12, shocking even its most ardent adversaries.

This has prompted many commentators to declare the death of political Islam and the end of the Arab Spring. However, as some have argued, these predictions have been greatly exaggerated. The PJD’s defeat can neither be understood within the regional trials and tribulations of political Islam, nor within the context of the Arab Spring (which, depending on your level of optimism, was either buried early on in 2013 or persists until today despite great difficulties in Algeria and Sudan). Rather, what is most instructive is the recent history of the PJD itself, as an independent political party in Morocco. Also instructive is the history of Moroccan partisan politics, and the way the Moroccan monarchy has managed its relations with similar independent political parties.

The defeat caught most observers by surprise — including the PJD and its adversaries. There were no indications that the PJD’s electoral losses would be that heavy. Survey data carried out within Morocco and among comparative projects indicated a relatively high degree of satisfaction on the part of the Moroccan citizenry with government performance. According to the Moroccan Institute of Policy Analysis 2021 Trust Index, trust in the Moroccan government had more than doubled between 2020 and 2021. These figures stood out in comparison to the region: In Arab Barometer’s sixth wave of surveys conducted between the summer of 2020 and spring of 2021, Morocco placed highest in trust of government and satisfaction with government performance (including response to the pandemic) among seven surveyed countries from the Middle East and North Africa. Saadeddine Othmani himself touted these results as part of his campaign strategy when addressing skeptical local press.

While trying to appropriate the credit, Othmani wasn’t just sloganeering. The Moroccan government did handle the pandemic with relative success. Lockdowns were targeted, breakouts were swiftly dealt with, and infection rates were reasonable for a country of Morocco’s size. Importantly, the vaccine rollout was efficacious and appetite for the vaccine relatively high in comparison to other countries in the region. The Moroccan government appeared as the only regional government left unscathed by the pandemic, according to Arab Barometer figures (contrasted with Jordan, where approval rates were initially high and then plummeted due to the handling of the pandemic). As the party that officially (though perhaps ceremoniously) was in charge of this government, it would have been reasonable to expect the PJD to be rewarded for this performance, electorally at least.

Moreover, the PJD’s competition left much to be desired. Its partisan rivals had suffered recent reputational crises and were not necessarily faring any better in the court of public opinion. Aziz Akhannouch, leader of the victorious National Rally of Independents (RNI), was the target of a vigorous economic boycott campaign in 2018 aimed at a number of companies in which he has major ownership. The Authenticity and Modernity Party (PAM), which placed second in the election, was itself beset by turmoil and crisis among its leadership. Lastly, Istiqlal had perhaps the steepest blow delivered to its reputation in the general congress of 2017 that was later named “the battle of the dishes.” Though they were dedicating substantial resources toward the election (particularly the RNI), it was unlikely that the PJD would end up behind all three parties — to say nothing of the other four parties that beat it — in the 2021 election.

The lessons of history

In hindsight, the PJD’s electoral defeat should not have been so surprising. The PJD in 2021 was no longer the party that won two elections in 2011 and 2016. Through a series of maneuvers and machinations, the palace (or the vaunted makhzen) was able to blunt all of the PJD’s weapons. The party nearly splintered into different factions after the 2017 decision to “lead” a government without its charismatic leader — Abdelilah Benkirane. It was Benkirane himself who prevented this from happening and called for party unity, but many in the party leadership and cadres remained unconvinced that what Othmani and his fellow PJD members who argued for participation in the government did was not treason. It was unclear in 2017 that the PJD would survive the decision to participate in and lead a government that was essentially stripped from its elected leadership. That the decision came back to haunt the party in the subsequent election has a vivid historical parallel, with a party of a completely different ideological bent.

The Socialist Union of Popular Forces (USFP) had historically enjoyed the most acrimonious relationship with the Moroccan monarchy. Many of its leadership figures were persecuted and repressed through murder, exile, and imprisonment. If there was one independent political party that could claim to be the mainstream opposition to the monarchy, it would be the USFP. The 1990s saw a détente between the monarchy and the USFP, and in 1997 the party won (or was allowed to win) the parliamentary elections. King Hassan II subsequently asked USFP leader Abderrahmane Youssefi to form a government in 1998. In 2002, the USFP won the parliamentary elections again, but rather than assign its leader to form a government a second time, the new king, Mohammed VI, assigned Driss Jettou, an independent non-partisan “technocrat,” to do so instead. The USFP’s decision to participate in a government it did not lead despite having a popular mandate to do so ultimately decimated the party, leading to massive exits, splinters, and a crushing electoral defeat in 2006.

The parallels between the USFP experiment and that of the PJD are numerous. Like the USFP, the PJD agreed to participate in the government in conditions it did not entirely control. Like the USFP, the PJD oversaw economic liberalization policies (privatizations in the case of the USFP, subsidy cuts in the case of the PJD) that it did not advocate for but that it unequivocally embraced. Like the USFP, the PJD had governmental partners that were “imposed upon them,” which the parties actively attacked and struggled against in the public sphere (Driss Basri in the case of the USFP, Akhannouch in the case of the PJD). Like the USFP, the PJD ended up standing for many administrative abuses against social actors who were sympathetic to its activism. The PJD mostly stood by as Rif activists and independent journalists were brutally repressed and punitively targeted since 2017. Lastly, and perhaps least remarkably, the PJD signed on to the liberalization of cannabis and the normalization treaty with Israel — which seemed to blatantly contradict its conservative principles in the way that economic liberalization contradicted the socialist party’s principles. The comparison between the two thus illuminates the PJD’s similar electoral if not (yet) organizational fate as that of the USFP 15 years ago. As such, it is neither the fate of the Arab Spring nor that of political Islam that are particularly instructive for contextualizing and analyzing the PJD’s electoral defeat.

The demise of political Islam?

Like all independent parties in Morocco — those that were not formed explicitly by the monarchy and its coterie to run elections and administer government — the PJD enjoyed the benefits of formal political participation, but also bore its costs. In doing so, ideology played an important role for the PJD’s political activism. Elsewhere, I have defined ideology as an articulation of membership in a desired political community that structures, informs, and restricts the menu of possible political action. The PJD’s ideology most certainly limited its actions in important ways. Notable here is Othmani’s inability to sufficiently justify his signature of the normalization accords with Israel in 2020 (anathema, according to party ideology) to his party base, which he tried to make amends for in his grand reception of Hamas leader Ismail Haniyeh in 2021. That said, since 2015 the PJD had distanced itself quite notably from the Muslim Brotherhood and its subsidiary parties and movements in the MENA region, placing its roots with the Moroccan nationalist movement. As such, its fate does not reflect on “political Islam” per se.

Moreover, pundits who argue that political Islam has suffered a crushing defeat in the MENA region are extremely wishful in their thinking. In Morocco specifically, the largest, most disciplined, most popular political force remains the Islamist Al-Adl Wa Al-Ihsan group. Al-Adl has a mobilizational capacity that is unparalleled in Morocco, and there are no signs that this capacity has been reduced of late. In fact, the fate of the PJD upon participation in governmental institutions may end up bolstering Al-Adl’s approach of rejecting formal political participation in the Moroccan system of governance. Participation in and defeat in authoritarian elections, while having notable implications, are seldom a sign of ideological breakdown and Islamists are masterful in playing up their victimhood when they are pushed out of institutions of power.

Instead, it is perhaps more prudent to study the PJD’s experiment as a political organization within the Moroccan national context. That context ultimately weighed heavier in the party’s decision-making, as well as in determining its electoral and organizational fate. In that regard, grand ideological pronouncements are not particularly instructive. Moreover, the cooptation-coercion paradigm — which has long been dominant in analysis of authoritarian politics and incumbent-opposition relations in the MENA — is of limited utility. Morocco has repeatedly challenged the assumptions on which the paradigm is based, for example that there is one unitarian opposition, or that the menu of choices for the authoritarian incumbent is exclusively either cooptation or coercion. A more nuanced approach, which benefits from Moroccan history and is focused on the long-standing and evolving relationship between the monarchy and independent political forces, is more useful.

Abdul-Wahab Kayyali is an independent researcher living in Montreal, QC, Canada. His research interests are in political parties, social movements and general political agency in the Arab World. He tweets at @awkayyali. The views expressed in this piece are his own.