MENA at the center of the West: China’s “opening up to the West” strategy 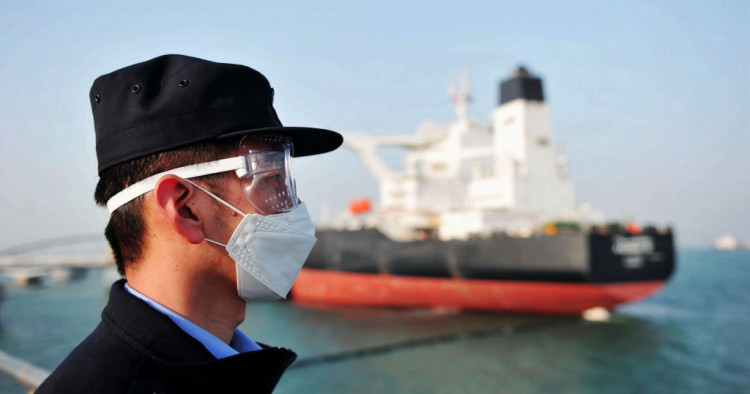 Writing in 1993, Lillian Craig Harris observed that “for China, economic power, not armed conflict, had become the most important factor in the struggle to gain independence, power, and status.” Fast-forwarding more than a quarter-century, this statement is now more true than ever, especially in the Middle East and North Africa (MENA) region, where economic ties between MENA and China have grown stronger by the year. While the U.S. was MENA’s largest trading partner for most of the post-World War II era, China rapidly overtook it in the years immediately following the 2007-09 Great Recession. By 2018, China-MENA trade was $132.5 billion larger than U.S.-MENA trade, and this gap is expected to continue to grow for the foreseeable future (Figure 1). In 2018, all MENA countries — except for Bahrain and Jordan — had larger bilateral trade totals with China than they did with the U.S. (Figure 2).

The MENA region is important to China for three main reasons. First, with 52% of the world’s proven oil reserves and 42% of its proven natural gas reserves, the region is home to the world’s largest energy resources. In 2019, more than 45% of Chinese crude oil imports were sourced from the MENA region (Figure 3). Although most of China’s natural gas imports are sourced through pipelines from Turkmenistan and Uzbekistan and liquefied natural gas (LNG) from Australia, MENA is still responsible for around 19% of Chinese LNG imports, or 11.3% of total Chinese natural gas imports. As a result, the energy sector is the main destination for Chinese investment in MENA, accounting for more than 47% of all Chinese investment in this region (Figure 4).

The second reason why MENA is central to China’s economy is its large and young population and sizeable markets. MENA is home to around 400 million people, with about one-third of them aged between 15 and 29, and its population is expected to double by 2060, making the composition of its population even younger. This constitutes a large market for Chinese goods and services now and in the foreseeable future as the region’s young population establish their own families and households in the next few decades. In 2017 alone, China exported $124.6 billion worth of goods to MENA, with 47% in consumer goods.

Finally, the region’s geography and transport network are also important to Chinese westward expansion in the long run. For example, around 40% and 15% of China’s oil and gas imports, respectively, travel through the Strait of Hormuz. Moreover, China’s massive exports to Europe rely heavily on the Suez Canal: Every year, around 60% of Chinese exports travel through it. The importance for China of the Suez Canal and other transport routes in MENA is shown by the fact that about 20% of all Chinese investment in the MENA region has been directed toward the transport sector (Figure 4).

At the same time, in addition to being MENA’s largest buyer of oil and natural gas, China can provide much of what the region needs, including consumer goods, foreign direct investment, infrastructural financing, project management, technology transfer, international tourists, military equipment, security, and political support.

The Belt and Road Initiative (BRI) is the most recent and ambitious example of China’s active efforts to promote its economic development and management model at the global and multinational level. Also known as the “21st Century Silk Road,” the BRI is an international development project on a massive scale, involving huge infrastructure projects in 66 countries in Asia, Europe, and Africa, costing upwards of $1 trillion.

Through the BRI, China is striving to achieve three objectives in and through MENA. First, it hopes to contribute to the economic growth of its trading partners there, which will in turn boost demand for its exports to the region. Second, by establishing a land route through western China, West Asia, and Europe, China would like to rebalance its economy away from the port cities on its east coast and toward its less-developed western and southern provinces. One of China’s main motivations in the development of its western provinces is to reduce the rising religious/ethnic tensions between Beijing and the Uighur/Turkic Muslim population there. In doing so, China hopes to increase stability in its western provinces and avoid potential future tensions with MENA consumers and businesses. Third, a land trade route would reduce its dependency on the Strait of Malacca for its international trade, through which flows an estimated 80% of its oil imports. China would thus be at the mercy of a maritime blockade, should tensions escalate over the South China Sea for instance, bringing its economy to a halt. At the heart of three continents and connecting Asia to Africa and Europe, the MENA region is expected to play a central role in the BRI’s land trade route.

In a 2014 lecture, Xi Jinping’s defined Beijing’s relationship with MENA economies based on a “1+2+3” model. In this model “1” refers to the foundation of the relationships between China and MENA, which is energy. Number “2” refers to the “two arms” through which this strategic relationship can be expanded. The first of these is infrastructural development and the second is increasing trade ties. Number “3” in the model refers to the “three new frontiers of cooperation” between MENA and China, which are renewable energies, aerospace, and exploration for and development of new oil and gas fields in the region. In the same talk, Xi reiterated that trade flows between China and MENA should be doubled in the next decade (from around $300 billion now to $600 billion).

While over the past three decades economic and energy considerations have been the main drivers in the China-MENA relationship, Beijing cannot indefinitely avoid playing an active role in the region’s security. To protect its long-term economic interests in MENA and also to portray itself as a rising power in a multi-polar international order, China will find it necessary, sooner rather than later, to play a larger and more active role in the military, security, and political dynamics of the region.

Amin Mohseni-Cheraghlou is an assistant professor in the Department of Economics at American University in Washington D.C. His areas of expertise are development macroeconomics, energy economics, Islamic economics and finance, and economies of the Middle East and North Africa. The views expressed in this piece are his own.