The Middle East and its role in the global economy 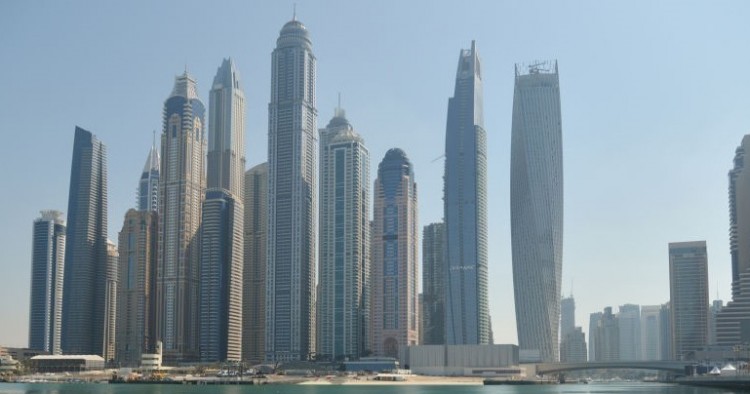 Too many of the world’s economies are still struggling. Who right now can help them and in the process most help itself?

We suggest it’s the Middle East, but only once the region takes on a long overdue leadership role in the global economy’s financial regulatory and development bodies.

There is considerable room for improvement in the leadership of the global economic system, which remains marked by the hubris of overconsumption (especially by Western economies), unfair globalization, and under-regulation of major banks.

Looking first at hyper-consumption, the personal expenditures of Americans account for about 68 percent of the nation’s GDP, which is up to 10 percentage points higher than in most other developed countries and a full 30 points higher than in China. Any time personal consumption exceeds about 50 percent of GDP, there is a serious risk to a country’s economy and full real employment.

Next are the persistent unfair and uneven effects of globalization, despite roughly 25 years during which to get it right. The problem is not with globalization's underlying premise of emphasizing each country’s comparative advantage. Rather, the flaw has been that the United States and many European nations are too often unable to compete against the combination of unfair subsidies, poor labor standards, poor environmental practices, and currency manipulation.

These “subsidies” in the aggregate are overwhelming the open-competition approach to trade, and in both the U.S. and Europe they’ve led to the transfer of millions of jobs offshore and to the movement of millions more workers from higher-paying export industries into less productive and lower-paying service jobs.

In short, there are two general sets of business and trade rules. One set resides in the older developed countries, where companies still compete mostly on their own on the basis of their business acumen and product value differentiation. The other set resides in China, Taiwan, and Korea, where there are elaborate policies to protect domestic enterprises, induce foreign corporations to shift their production facilities and technology to them, and anoint selected “champions” as the chosen global competitors with the full power of the state assisting them.

(We will leave it to others to discuss the ongoing failure of the world’s financial regulatory agencies to effectively regulate the big banks.)

It is now incumbent upon international leaders everywhere to settle on what needs to change and what realistically can be changed. And we specifically call on the leaders of the prosperous Middle East countries to play an immediate role now — and an ongoing role hereafter — in the world’s leading regulatory and development bodies.

We believe there are two imperatives: First, personal consumption in all countries, developed and developing alike, must be much more in balance with internal consumer goods production; and second, the major “surplus nations” need to immediately deploy a significant portion of their accumulated foreign reserves to where it will do the most good in stimulating weak parts of the world economy, whether that be within their own economies, overseas in the form of long-term development loans, and/or in Official Development Assistance (ODA).

As further backdrop to what needs to be done now, it’s important to reflect on the significant changes brought about by the global financial crisis a decade ago and the subsequent challenges of immigration, starting with changes in political and social stability.

Specifically, political and social stability are now clearly at risk across the globe — within Europe, which is experiencing the most relative deterioration; in several of the former Russian satellites, which seem not to be sustainable in their current geographic states; in Latin America, where too many nations have embraced export-led growth with a focus on minerals and agricultural products almost to the exclusion of sustainable domestic growth; and in Africa, where the continent’s once combined (albeit modest) current account surplus has declined into a deficit and food security is in a perilous state.

Changes in the world’s balance of power are occurring as well.

Within this somewhat gloomy framework, we now want to focus specifically on the opportunities to enhance the economic future of the Middle East if the region can “get it together.” The cards are clearly there for a winning hand: The region has few peers in terms of the combination of its enormous oil and gas reserves, large and quickly educable labor force, and the massive sovereign wealth funds (SWFs) in Kuwait, the United Arab Emirates (UAE), Qatar, and Saudi Arabia.

There are several steps the region needs to take to achieve its potential, but the goal is achievable.

To start, the Middle East needs, as Singapore once did, to embrace a master economic plan which facilitates private sector enterprise. Otherwise the imbalance between consumption and production will endure, and the smartest and most entrepreneurial individuals will continue to emigrate to the West.

Instead of the region’s governments being the allocators of capital — which even communist China now realizes make no sense — these governments need to get out of the way and allow private sector entrepreneurs to fairly earn their cost of capital. To help make this happen, the rule of law needs to be implemented and enforced across the board, open free trade must be allowed, foreign property rights must be respected, the religious rights of all citizens must be protected, and the region’s massive SWFs must either lend to or at least be used to provide first-loss protection to private sector enterprises.

The prosperous Middle East governments must also seek out major roles within the World Bank and the IMF, within the ongoing reform efforts aimed at the major banks and investment houses, and within responsible non-discriminatory ODA initiatives, especially throughout the Islamic world and in Africa.

Initially, these new external roles may be hard for some of the region’s nations to accept for cultural, bureaucratic, and political reasons, and because all of the region’s governments have for decades been marginalized and excluded from significant leadership roles in the West’s major bodies. However, if the financially stable Middle East countries do not assert themselves, then they will always only be investors in the global economy and not among its leaders.

It’s also past time for there to be free trade agreements in place among all the Arab countries, and with the strong encouragement of the U.S. there needs to be a Middle East equivalent of the European Monetary Union. Fifteen Middle East countries ranging from Algeria to Yemen are short of capital and long on unemployed people. Meanwhile, countries like Kuwait, Qatar, Saudi Arabia, and the UAE — the major oil and gas producers — are long on capital and short on people.

Finally, sustainable private sector jobs and ongoing job creation — which the Middle East region needs most of all to mitigate its current extreme overweighting in fossil fuels — must be an abiding focus. Job creation has always been the byproduct of decentralized, profit seeking, disruptive enterprises run by women and men of integrity.

Thus, as the region’s SWFs make investments in support of America’s and Europe’s economic development initiatives, green economy efforts, and infrastructure rebuilding, they also need to deploy a meaningful amount of their substantial reserves to support these same initiatives in the Middle East.

The prospect of the Middle East region finally realizing appropriate levels of economic growth, global leadership in all areas, and a balanced contribution to the global economy is exhilarating.

Leo Hindery Jr. is co-chair of the Task Force on Jobs Creation, a member of the Council on Foreign Relations, the chairman and CEO of Trine Acquisition Corp, and managing partner of InterMedia Partners. Abbas F. Zuaiter is co-managing member and CIO of Zuaiter Capital Holdings, a member of the International Advisory Council of the Middle East Institute, and vice chairman of ABANA (the Arab Bankers Association of North America). The views expressed in this article are their own.