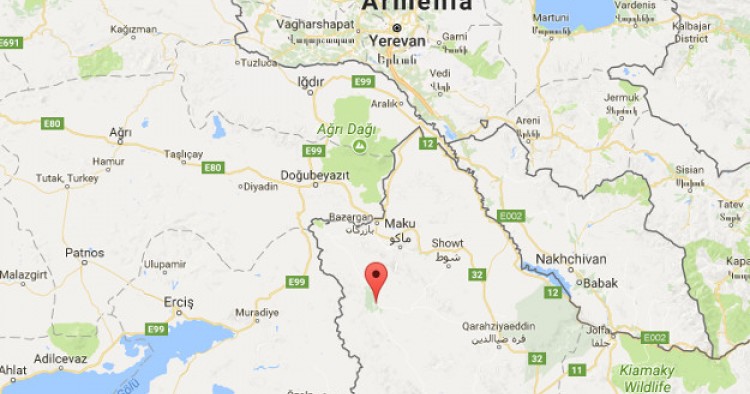 The Iranian media reports that at least eight Iranian border guards were killed in clashes with an armed group today in the northwestern province of West Azarbaijan. Alireza Radfar, the deputy governor-general of West Azerbaijan, said the “terrorists” also sustained heavy casualties. He added that security forces are conducting a search operation in the area for other members of the group. According to the state-run Islamic Republic News Agency, the clashes broke out in the border town of Chaldoran, a district which has about 45,000 population and is located near Iran’s border with Turkey. The Chaldoran region has seen an uptick in militant attacks against Iranian security forces in recent months. Last week, Iran’s Islamic Revolution Guards Corps (I.R.G.C.) announced that its forces “dismantled a terrorist team” in Chaldoran. According to a statement released by the public relations department of I.R.G.C.’s Hamze Sayyid al-Shohada Base, four “terrorists’ were killed in armed clashes between I.R.G.C. forces and the militants. The statement did not reveal the group’s identity, but alleged that it was “affiliated with the Global Arrogance” – a term Iranian officials often use for the United States and its allies. The statement also claimed that the group had infiltrated into West Azerbaijan and killed two residents. The I.R.G.C. forces seized weapons, communication equipment and ammunition from the terrorists, the statement added.

Comment: It is not the first time that Iranian authorities have reported on the activities of anti-state groups in the northwest. In August, the I.R.G.C. said it dismantled another “terrorist group” in West Azerbaijan and claimed the group had sought to enter Iran to carry out attacks. Iran and Turkey have recently signed agreements to boost border security and counterterrorism cooperation.

And in September, the I.R.G.C. Ground Force said its forces had destroyed an armed group in “West Azerbaijan’s border area.” But the Democratic Party of Iranian Kurdistan refuted the I.R.G.C.’s claim and said its fighters had struck “deadly blows” to Iranian forces.

There has been an upsurge of armed groups with Iranian security forces recently, particularly in West Azerbaijan and Kurdistan provinces in the northwest and Sistan and Baluchestan in the southeast. Iran’s Intelligence Ministry said two months ago that the country’s security forces had disbanded nearly 100 “terrorist groups” across the country. “Highly serious measures have been taken in the Southern, Southeastern and Western parts of Iran and nearly 100 teams have been confronted," the deputy Iranian intelligence minister said.

While Iran has not suffered the level of violence and terrorism seen in some of its neighbors, the latest spate of clashes between armed groups and security forces and the June 7 Tehran attacks indicate that the Islamic State has infiltrated Iran and has managed to recruit among the country’s disenfranchised Sunni minority population.

And it is not just the Islamic State. Separatist groups have also intensified their armed campaign against the Islamic Republic. In the northwest, the P.D.K.I. has resumed armed resistance against the Iranian regime. Mustafa Hijri, P.D.K.I.’s secretary general, said in January that their resistance was not “just for the Kurds in Iran’s Kurdistan, but it is a struggle against the Islamic Republic for all of Iran.” PDKI militants based in the Iraqi Kurdistan region have repeatedly crossed the border and clashed with the I.R.G.C. in the Iranian province of Kurdistan.

Security situation in Iran’s southeast is also tense and volatile. With a sizable yet largely marginalized Sunni population, the southeastern province of Sistan and Baluchestan can be a breeding ground for local militant and separatist movements as well regional and international terrorist groups such as the Islamic State and al-Qaeda. Sunni Baluchs, who constitute a plurality of the population in the province, have long suffered state-sanctioned discrimination, economic marginalization, cultural repression, disproportionate executions, torture, detention without trials and extra-judicial killings. Sistan and Baluchestan also borders Afghanistan and Pakistan, where the Islamic State has gained a foothold recently.