Military Cooperation in MENA: Uncertainty in the Face of Changing Threats 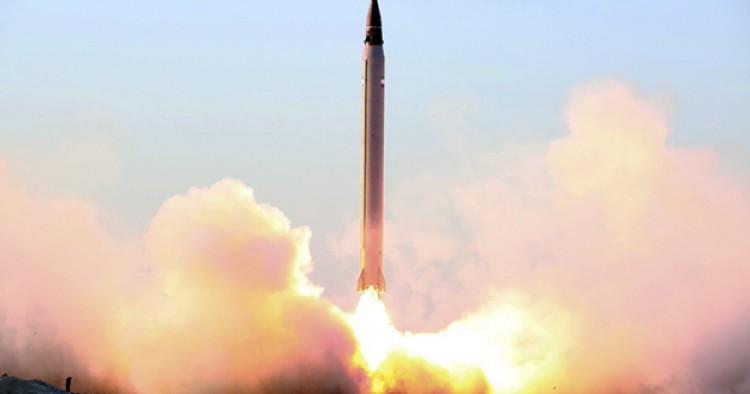 This Policy Paper is part of The Middle East Institute's Regional Cooperation Series. Throughout 2016, MEI will be releasing several policy papers by renowned scholars and experts exploring possibilities to foster regional cooperation across an array of sectors. The purpose is to highlight the myriad benefits and opportunities associated with regional cooperation, and the high costs of the continued business-as-usual model of competition and intense rivalry.

It is all too easy to develop ambitious plans for regional security cooperation. In practice, however, almost all real world security cooperation is dependent on the different priorities states give to various threats, the willingness of given regimes to act, the resources they develop and have available, and the level of interoperability between their forces. Actual security cooperation in the MENA region has long been limited, occurred between changing mixes of individual countries rather than on a regional basis, and always lagged behind the rhetoric. Better cooperation on this level could evolve in the face of forces such as Iran’s military efforts, a powerful new Islamist extremist threat, or the outcomes to the fighting in Libya, Iraq, Syria, and Yemen. However, there is little reason to assume, given regional trends, that the prospects for regional cooperation or cooperation between states will improve in the near future, and bilateral relations with external powers, principally the United States, are likely to continue to play a more critical role in the future. 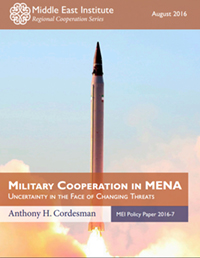