Mullah Omar Wants You! Taliban Mobilization Strategies or Motivations for Joining the Insurgency 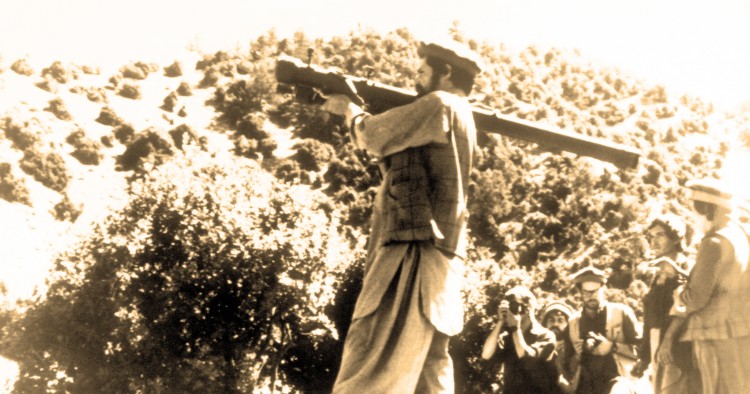 The Taliban insurgency in Afghanistan seemingly benefits from an unlimited reservoir of “foot soldiers” ready to take up the fight against the Afghan government and its international military supporters. The foot soldiers’ motivation is often attributed to ideology, poverty, and/or a lack of education. However, the ability of the Taliban insurgency to mobilize recruits is complex and driven by a mix of political, economic, and social factors.

While some motivations driving the Taliban foot soldiers are similar across Afghanistan, others are specific to a given local context. After all, Afghanistan is a complex country, and circumstances of how and why young men may join the insurgency are very much influenced by social relations that differ across provinces and districts.

Drawing on field research conducted in southern and central Afghanistan, two exemplary cases — the Tirin Kot district of Uruzgan province and the Chak district of Maidan Wardak province — are used to highlight the complex localized dynamics that drive young men to join the Taliban insurgency. The cases underline similarities and differences between these two regions, and the necessity to understand local issues when trying to understand, and possibly counter, Taliban recruitment methods.

The Taliban insurgency in Tirin Kot is strongly shaped by a leadership conflict between the Populzai tribe of President Hamid Karzai and the Hotak tribe of Taliban leader Mullah Mohammad Omar.[1] Since Hamid Karzai came to power in late 2001, the Populzai tribe has been able to dominate local politics by appointing another Populzai as first Provincial Governor. In contrast, with the fall of the Taliban, the Hotak tribe lost the prominence it had enjoyed under the Taliban regime.

Yet the shifting power balance from the Hotak to the Populzai alone does not explain why the Hotak rejoined the Taliban insurgency. Predatory practices of the first governor of Uruzgan and associated Populzai leaders led to a systematic marginalization and alienation of non-Popalzai tribes, the Hotak tribe in Tirin Kot especially. In addition to direct harassment, arrests, and torture, Populzai leaders exploited their privileged connections with the new Afghan government and supporting international actors, in order to channel resources to their constituencies and offer employment opportunities to young men in the Afghan National Police, private security or reconstruction contracts. All this provided sufficient recruitment propaganda to Hotak leaders. Citing harassment and allegations of extortion at the hands of pro-government forces and continued civilian casualties facilitated the mobilization of young men against the government and foreign troops. In the eyes of the Hotaks in Tirin Kot, the Populzai are collectively guilty for the behavior of some of their leaders, which they use to justify the beheadings of ordinary Populzai travellers.

In addition, the Populzai are considered stooges of the Americans and “traitors,” since they enjoy the support of US military forces in Uruzgan. This allowed Hotak elders to add anti-foreign sentiments to their propaganda, making their cause appear more legitimate to the masses. This paradigm shows some similarities to the case of Chak.

Chak, Maidan Wardak: Islamist and Nationalist Discourse and the Role of Criminal Networks

“Afghanistan is occupied by America, we must liberate it.”— Taliban insurgency slogan in Maidan Wardak.

In contrast to Tirin Kot, the insurgency in the Chak district cannot exploit tribal dynamics or political and economic marginalization. The mobilization of foot soldiers in this case rests largely on an Islamic and nationalistic discourse against “foreign occupiers” and cuts across tribal lines. Thus, the decision of Taliban foot soldiers to support the Taliban insurgency in Chak is much more similar to the jihad against the Soviet occupiers, only now the US, the former supporter of the mujahidin, is seen as the enemy. The Afghan government is considered a puppet of America much the same as the People’s Democratic Party of Afghanistan (PDPA) was viewed as a puppet of the Soviet Union, thus justified to be overthrown.

From the inception of the jihad in the early 1980s to the demise of the Taliban regime in late 2001, local jihadi factions, the Arab welfare foundation Lijnat al-Dawa and later the Taliban regime and their Pakistani affiliates, heavily invested in social services and religious education in Chak. Decades of Islamist political activism have left their mark on local institutions and the young men socialized in them. The implications have been far-reaching and provided the Taliban insurgency with a broad support base that allows them to draw foot soldiers from a wide range of social groups. Residents of the Chak district provide examples of medical doctors and engineers who abandoned their jobs in Kabul and joined the Taliban insurgency. A widely cited case tells the story of an electrician with a degree from Kabul University in 2006 who left his job with the Areeba telecommunications company in order to build Improvised Explosive Devices (IEDs) and explosive vests for suicide bombers.[2]

The fact that education institutions in Chak are treated differently than elsewhere is illustrated by the fact that most schools remain open in Maidan Wardak, despite an overwhelming Taliban presence, while in Uruzgan, schools, students, and teachers are constantly targeted by the Taliban. Education in Uruzgan is associated with a disliked government, while in Wardak it is considered much more home-grown.

Furthermore, the Taliban insurgents in Chak district initially displayed a pragmatic incorporation of criminal networks into their insurgency that boosted the number of fighters (or boots on the ground).[3] Mostly former jihadi fighters, they generally fight for greed. Many (or the majority of) criminal networks are essentially highway bandits flourishing in the absence of rule of law and security. Exploiting the weakness of the government, theft, highway robberies, and murder were more common occurrences before the Taliban insurgency resurfaced. While the Taliban promised to rid the local population of violence and criminality, they also showed pragmatism, by incorporating some of the criminal groups into their ranks only to jettison them once the insurgency gathered strength.

In Form of a Conclusion

Both cases bring to light the underlying local dynamics that lead to a supply of Taliban foot soldiers to the insurgency. Poverty, and/or a lack of education are not the sole reason for young men to become Taliban foot soldiers. In the Chak district of the Maidan Wardak province, the mobilization is framed as a liberation struggle against an occupying force and a corrupt Afghan government. In Uruzgan, the political and economic marginalization of certain tribal groups facilitates the mobilization of young men by the community leadership.

In both cases, the Taliban insurgency has understood how to exploit local grievances to their own advantage and how to frame their mobilizing ideology in a way that resonates with the local community and leadership and provides the legitimacy to foot soldiers’ actions. The cases highlight the necessity of a nuanced response by the Afghan government and international military forces to address the seemingly bottomless pit of Taliban foot soldiers. Understanding the local context and complex mix of political, economic, and social factors that leads to the mobilization of Taliban foot soldiers is a necessary step to addressing the Taliban insurgency.

[2]. He was killed in 2008 when one of his bombs exploded in his house, killing also his mother, sister, and one brother.

[3]. This is also true of other areas in Afghanistan to varying degrees.