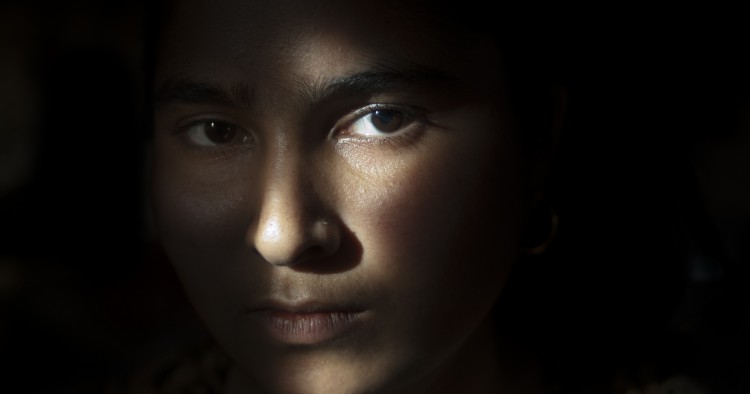 Access to women — not only through rape and violence but also marriage and consent — is a symbolic marker of who (and specifically, which group of men) controls a society.  We explored this idea at the International Conference on the Protection of Rohingya Survivors and Accountability for Genocide at Sogang University this August in Seoul, Republic of Korea. The convening, commemorating the two year anniversary of genocidal purges by Myanmar (also known as Burma) against its Muslim Rohingya minority in August 2017, examined parallels between sexual abuse of Korean “comfort women” by Japanese soldiers in our host country during World War II[1] and the coordinated rapes of Rohingya women by Burmese soldiers.[2] In both cases, women in a disempowered social group — citizens of a conquered country or members of a disenfranchised minority — were subjected to unfettered sexual abuse. But control of women can also occur in more insidious ways, including through regulation of women’s right to marry and which mates they can choose.

In the United States, where I live, interracial marriage was illegal in many jurisdictions until a little over 50 years ago.[3] Throughout much of American history, different races were kept largely separate. Laws outlawing interracial marriage date back to when the United States was a British colony, targeting different communities of color which varied depending on the era and local population – and focused in particular on unions between blacks and whites.[4]

Especially during times of strife and social upheaval, fear festered that black men would marry or rape white women to produce mixed-race children. The ultimate concern was that so-called mixed-race “mulattos” would one day outnumber whites. This anxiety, in turn, justified violence against and even the killing of black men. [5] In 1955, Emmett Till, a 14 year-old black boy, was murdered in Mississippi for purportedly making advances against a white woman. [6] Later, the victim recanted much of her testimony and acknowledged it was false.[7] The white nationalism surging today in the United States reflects similar themes. President Donald Trump has repeatedly identified Mexican men as rapists who come "over the border" to prey on American women, in order to drum up support for anti-immigrant policies.[8]

This framing turns the racial power dynamic of the United States on its head. White men have historically had sexual access to women of color – not the other way around. During slavery, white slave owners had impunity to rape, and indeed own, black women. In the contemporary era, black women are more likely to be victims of rape than white women, and the average prison sentence for a white man who rapes a black woman is almost half of that for a black man who rapes a white woman.[9]

In Myanmar, access to Buddhist women — again, with or without consent — is a rallying cry for power among hardliners in Myanmar’s staunchly Buddhist society. Buddhism is deeply intertwined with that country’s national identity, and especially associated with its Bamar ethnic majority. The Rohingya crisis took momentum in 2012 when stories circulated that a Buddhist woman named Ma Thida Htwe was gang raped and killed by three Rohingya men, who were referred to in reports as “Bengali Muslims”.  As a result, communal violence erupted between Muslims and Buddhists.[10]  These developments were leveraged by the Burmese military to round up Rohingya into brutal internment camps in Rakhine State and unleash a series of abuses upon the Rohingya community, culminating in the mass exodus two years ago. While the truth of the underlying rumor is hard to conclusively confirm or discredit, it is widely known that the Burmese military has used social media like Facebook to spread false narratives about Muslim aggression and violence in order to build popular support. Facebook has admitted that military-linked accounts have posted baseless rumors and incendiary remarks targeting Muslims and the Rohingya on its platform to roil hatred against them.[11]

Against this backdrop, Buddhist nationalists successfully lobbied for the passage of the Buddhist Women’s Special Marriage Law in 2015. Pursuant to this legislation, a Buddhist woman must satisfy  additional bureaucratic hurtles to marry a non-Buddhist, including among other things filing an application with the government, waiting out a possible administrative delay and allowing other people to object before the marriage can proceed. Once married to a non-Buddhist, she has additional grounds for divorce if her husband engages in certain offenses against Buddhism (but does not clearly define what those offenses are).[12] Buddhist women are a precious commodity, and access to them is accordingly controlled in Myanmar. Presumably, giving Buddhist women the unfettered right to marry non-Buddhists would produce more non-Buddhist children, who nationalists fear will one day outnumber Buddhists.

This insecurity that Buddhists will become a minority in Myanmar, and Buddhism as a religion possibly eradicated, specifically focuses on Islam as a central and existential threat. Buddhist nationalists fear that perceived uncontrolled growth in the country’s Muslim population will one day cause Muslims to outnumber Buddhists in Myanmar. Statistically, this is unlikely in the foreseeable future. Myanmar is almost 90% Buddhist. Muslims and Christians, respectively, constitute approximately 4%, and the remainder are Hindus and other local religions.[13] Many Burmese Buddhists believe Rohingya women have a high birth rate and large families,[14] and thus view them as vehicles driving this dreaded and impending population shift. This is difficult to verify due to a lack of reliable census records, beyond knowing that lower income families (many Rohingya in Myanmar’s Rakhine state are poor) do not have access to birth control and family planning resources.[15]

Nationalist Buddhist monks play a critical role in propagating the narrative of a Muslim threat, identifying Muslims as unwanted pests and vermin.[16] For example, the infamous extremist monk Ashin Wirathu has repeatedly referred to Muslims as “snakes” or “dogs.”[17] Dehumanization of the Rohingya community hardens the Burmese populace to abuse against them, including rape and sexual abuse of women and girls during the 2017 atrocities.  Despite well-documented stories of coordinated sexual atrocities against Rohingya women by soldiers during that period,[18] Myanmar has categorically denied these reports with the apparent support of much of its Buddhist population.[19]

The United Nation’s Independent International Fact Finding Mission has found that sexual violence by the Burmese military in 2017 against Rohingya women was so widespread and severe as to show genocidal intent. The U.N. report found that the Burmese military intentionally deployed rape and sexual violence to break apart the Rohingya family, as it has with ethnic minorities (like the Karen and the Kachin) in other parts of Myanmar. Regarding the Rohingya specifically, the report documented evidence of “genocidal rape,”[20] which is defined[21] as a tool to forcibly relocate communities and make their return home less likely due to shame.[22] After the 2017 atrocities, many Rohingya rape victims became pregnant,[23] which can be argued is part of the Myanmar military’s strategy to further destabilize the Rohingya community by polluting its bloodline, and to assert control over Rohingya women’s childbearing. This reinforces the idea that Rohingya women’s fertility and childbearing ability are identified as threats to the Burmese Buddhist community’s dominance and even survival.

Whether one defines the “majority” and “minority” in terms of race (as in the United States), religion and ethnicity (as in Myanmar), or conqueror and conquered (as in the case of World War II-era Korea and Japan), the themes and narratives identified here repeat persistently throughout our collective history. Narratives perpetuating demonization of minority men as sexual predators, objectification of majority women as goods to be controlled and possessed, and dehumanization and sexual abuse of minority women have emerged time and again. The narrative of the facts precipitating Emmett Till’s murder in 1955 is remarkably similar to contemporary characterizations of Mexican rapists flooding the United States or “Bengali Muslim” predators overrunning Myanmar.  Majority women — like Ma Thida Htwe[24] and Emmett Till’s accuser — are valuable, access to whom is limited and controlled, with or without the actual women’s consent.  By comparison, minority women — like black women in the United States, Rohingya women in Myanmar, or Korean women in World War II Korea — are disposable, and sexual aggression against them are viewed as less grievous as those against majority women. And majority men are more likely to get away with sexual offenses against minority women, without commensurate consequences as for violating women from their own social group.

When we remember Myanmar’s Rohingya crisis of 2017, we must closely examine the social narratives which allowed this tragedy to take place. And, as a Buddhist and member of the Burmese diaspora, I believe firmly that my community must take stock of how controls on Buddhist women’s marriage rights are driven by the same factors causing the Burmese public to be utterly callous to sexual abuse of Rohingya women. We must reflect upon why our community is so panicked about the thought of Rohingya infants born and raised on Myanmar soil. And we must examine – with a clear and reasoned eye — whether there is any factual basis to fears that Buddhism is in danger of extermination by Muslims, given that Buddhists make up nearly 90% of the country’s population and Muslims less than 5%.

[7] Timothy Tyson, The Blood of Emmett Till (New York: Simon & Schuster, 2017); Sheila Weller, “How Author Timothy Tyson Found the Woman at the Center of the Emmett Till Case,” Vanity Fair, January 26, 2017, https://www.vanityfair.com/news/2017/01/how-author-timothy-tyson-found-the-woman-at-the-center-of-the-emmett-till-case.

[8] Cindy Casares, “Trump’s Repeated Use of the Mexican Rapist Troupe is as Old (and Racist) as Colonialism,” NBC News, April 7, 2018, https://www.nbcnews.com/think/opinion/trump-s-repeated-use-mexican-rapist-trope-old-racist-colonialism-ncna863451.

[9] Chelsea Hale and Meghan Matt, “The Intersection of Race and Rape Viewed Through the Prism of a Modern-Day Emmett Till,” American Bar Association, July 16, 2019, https://www.americanbar.org/groups/litigation/committees/diversity-inclusion/articles/2019/summer2019-intersection-of-race-and-rape/.

[10] Randy Rosenthal, “What Does Buddhism Have to Do with the Ethnic Cleansing in Myanmar,” Lion’s Roar, November 13, 2018, https://www.lionsroar.com/what-does-buddhism-have-to-do-with-the-ethnic-cleansing-in-myanmar/.

[18] Hannah Beech, “When a Baby is an Everyday Reminder of Rohingya Horror,” The New York Times, July 7. 2018, https://www.nytimes.com/2018/07/07/world/asia/myanmar-rohingya-rape-refugees-childbirth.html.

[19] See Shashank Bengali, “In Myanmar, Hatred for Rohingya Muslims Runs So Deep That a Diplomat Called Them ‘Ugly as Ogres’  - and Got Promoted,” The Los Angeles Times, December 26, 2017, https://www.latimes.com/world/asia/la-fg-myanmar-rohingya-hate-20171225-story.html; Hannah Beech, “Across Myanmar, Denial of Ethnic Cleansing and Loathing of Rohingya,” The New York Times, October 24, 2017, https://www.nytimes.com/2017/10/24/world/asia/myanmar-rohingya-ethnic-cleansing.html.

[23] Hannah Beech, “When a Baby is an Everyday Reminder of Rohingya Horror,” The New York Times, July 7. 2018, https://www.nytimes.com/2018/07/07/world/asia/myanmar-rohingya-rape-refugees-childbirth.html.

[24] Ma Thida Htwe was Rakhine, a predominantly Buddhist ethnic minority who historically lived alongside the Rohingya in western Myanmar. However, the framing of her rape and death in Myanmar revolve around her status as a Buddhist, rather than her ethnicity. See Randy Rosenthal, “What Does Buddhism Have to Do with the Ethnic Cleansing in Myanmar,” Lion’s Roar, November 13, 2018, https://www.lionsroar.com/what-does-buddhism-have-to-do-with-the-ethnic-cleansing-in-myanmar/.