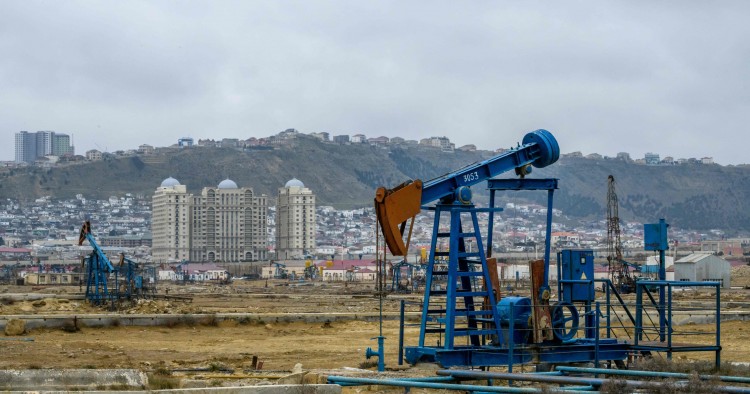 There is a lot riding on the success of the recent cease-fire agreement between Azerbaijan and Armenia. NATO’s energy security is now intertwined with the fragile deal. Fueled by Russian arms and military training, the Armenia-Azerbaijan conflict threatens to shake confidence in Europe’s drive to reduce its energy reliance on Moscow.

It’s no secret that Russia remains determined to weaken the United States and NATO. Not long ago, Moscow weaponized gas exports to Europe to aid an expansionist military campaign against Ukraine. To address these threats, the United States supported the creation of new energy infrastructure routed through Azerbaijan. The intent was to strengthen Western Europe’s energy security.

The security of this critical infrastructure was in question with recent reports of an Armenian missile strike narrowly missing a key Azerbaijani pipeline. The strike carried a warning to the West as fighting continued in Baku’s favor. With public pressure mounting in Armenia to reignite the conflict, the risk of renewed attacks on pipeline infrastructure remains very real.

Azerbaijan’s unique geography provides a corridor from the energy-rich Caspian Sea to Georgia that bypasses 3,200 miles of Iranian- and Russian-controlled borders. Nicknamed the “Ganja Gap” after the Azerbaijani city of Ganja, the trade route became a hotspot in the conflict over control of Nagorno-Karabakh and surrounding territories.

Many familiar with this frozen conflict in the Caucasus were surprised when July’s hostilities erupted in Azerbaijan’s Toyuz district, an area hundreds of kilometers from Nagorno-Karabakh. The fighting was unusual for taking place in close proximity to the Baku-Tbilisi-Ceyhan (BTC) pipeline and the South Caucasus Pipeline (SCP). The surge in violence halted the completion of the Southern Gas Corridor, a new transmission system delivering gas through the SCP to pipelines supplying Italy, Greece, and Bulgaria.

Soon after the July clashes in Toyuz, Russia conspicuously intensified joint military exercises with Armenian forces, and it is suspected that Russia carried out military airlifts to locations inside Armenia. One joint air-defense exercise included drone warfare simulations designed to counter Azerbaijan’s capabilities.

For years, Russia’s formal military alliance with Armenia served as a counterweight to Azerbaijan’s growing economic ties to the West. Russian President Vladimir Putin supplied both countries with arms to keep the years-long conflict simmering. Whereas Israel is the top arms supplier to Azerbaijan, Armenia continues to heavily rely on Russia to equip and resupply its military. Confident in his country’s alliance with Moscow, Prime Minister Nikol Pashinyan led Armenia to the brink of war with new territorial demands and populist rhetoric.

After heavy fighting broke out in late September, Armenian forces demonstrated the capability to destroy pipeline infrastructure critical to Europe’s energy security. In October, Azerbaijani officials reported that internationally banned cluster munitions struck within ten meters of the BTC pipeline in the country’s Yevlakh region. Russian-manufactured tactical ballistic missiles were also fired on cities located near the pipeline corridor, far from most of the fighting.

Destabilizing regional energy security in the Caucasus played right into Putin’s hands. Presidential administrations have spent decades supporting the development of Azerbaijan’s pipeline infrastructure. Years of progress to wean NATO allies from Russian gas could be undone overnight with an attack on the SCP. Israel’s energy supply would also be in danger of serious disruption if the BTC pipeline were critically damaged. Azerbaijani light crude transported by the BTC pipeline accounts for an estimated 40 percent of Israel’s oil consumption. The risks to some of the United States’ closest allies are simply too large to ignore.

As a member of the OSCE Minsk Group, the United States can still play a role in negotiating a lasting political solution between Armenia and Azerbaijan. In the near term, that starts by ensuring that Armenia’s leaders do not cave to popular demands calling for continued war. Maintaining the cease-fire is critical to strengthening NATO’s energy security.

If Armenia decides to reignite the conflict, the United States must send a clear message that actions compromising the integrity of Azerbaijan’s energy infrastructure will not be tolerated.

Alex Vatanka is a Senior Fellow with MEI's Frontier Europe Initiative. The views expressed here are his own.

This article was originally published by RealClearWorld.