A new approach in Afghanistan: China and India take steps toward cooperation 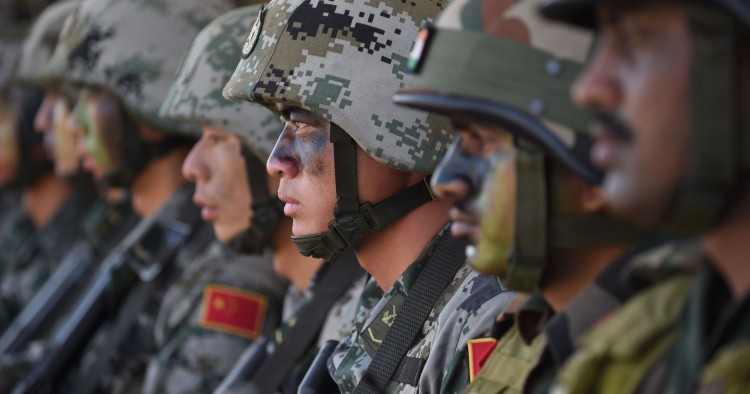 The joint training of 10 Afghan diplomats by India and China at the Indian Foreign Service Institute in New Delhi on Oct. 10-26 is a sign of improving relations between the two powers, which have come to realize that they have more to gain by cooperating rather than competing in Afghanistan, particularly in light of the deteriorating security situation. Ties between India and China have long been hostage to mutual suspicion and great-power rivalry, but the joint training is the result of a new approach to Afghanistan that was agreed upon by Chinese President Xi Jinping and Indian Prime Minister Narendra Modi during their informal summit in Wuhan, China in April 2018.

The change in Indian-Chinese bilateral relations on Afghanistan from a zero-sum dynamic to outcome-driven cooperation is likely to go a long way in helping to secure peace in the country by making it impossible for Pakistan to oppose Indo-Chinese projects to build up the capacity of the Afghan state. If India and China continue to successfully implement joint projects, they should be able to convince other stakeholders, such as the Shanghai Cooperation Organization and NATO, to help stabilize Afghanistan as well.

Security is a natural focus for the two countries, as the situation in Afghanistan continues to deteriorate. According to the latest report from the Special Inspector General for Afghanistan Reconstruction to the U.S. Congress, the Afghan government controls just over half of the country––55.5 percent of districts––down from 72.5 percent three years earlier. In the face of a sustained Taliban insurgency, both New Delhi and Beijing are giving indications of pragmatic thinking on how to navigate their respective interests by working in coordination. There is a realization in both countries that growing instability in Afghanistan can have a potentially negative spillover effect for the region.

Moreover, there is significant overlap in Chinese and Indian interests as well. Instability in Afghanistan has provided an enabling environment for terrorist networks such as al-Qaeda, ISIS-Khorasan, East Turkestan Islamic Movement (ETIM), Lashkar-e-Taiba, the Haqqani Network, and the Islamic Movement of Uzbekistan (IMU) to launch attacks across the region. The chaos has allowed human, drug, and weapons smuggling to thrive too. China has additional security concerns related to Islamic militancy among the Uighur population in its far-western province of Xinjiang. Uighur militants have found shelter beyond China’s borders in the past, and in recent years, aided by ISIS, Uighur militancy has re-emerged in Afghanistan, where the Islamic State of Khorasan Province (ISKP) has called for jihad against China, vowing to “shed blood like rivers.”

This has led China to tighten its ties with Kabul and provide counterterrorism assistance, including training and equipment, to the Afghan government. There is speculation that Beijing is in talks with Kabul over the construction of a military base in the mountainous Wakhan Corridor (which links Xinjiang and Afghanistan), where joint patrols of Chinese and Afghan troops have been reported.

As it looks to increase its footprint in Afghanistan, China has also turned to its long-standing military ally and trading partner, Pakistan. The “all-weather” friendship between China and Pakistan and the deep linkages between Pakistan’s security establishment and the Afghan Taliban have obliged Beijing to accommodate the Taliban. Beijing hopes that this will convince the group to cut its ties with ETIM and the IMU, which will help China contain their presence in Afghanistan.

In the past year, China has also directly engaged with the Afghan Taliban as part of its back-channel diplomacy, during which Pakistan is said to have acted as a broker for the Taliban. This willingness to talk directly to the Taliban rather than just mediate in Afghan-led negotiations shows China’s seriousness in getting involved in Afghan politics. China’s Belt and Road initiative (BRI) is also unlikely to achieve its goals if there is constant conflict in Afghanistan, with blowback effects in Pakistan. In fact, Maulana Samiul Haq, the “Father of the Taliban” who was recently assassinated in his Rawalpindi home, had asked China to act as an arbitrator in Afghan peace negotiations.

It would not be entirely incorrect to argue that the road to peace in Afghanistan runs through Rawalpindi in terms of its ability to put pressure on the Afghan Taliban to join the peace process, and no country other than China has real leverage over Pakistan’s security establishment. It was pressure from Beijing that forced the Pakistani military to launch a decisive operation in June 2014 in North Waziristan against the Taliban Movement of Pakistan, who were said to be hosting ETIM.

At the same time, China is keen to involve India––a country that has a broadly positive image among Afghans––in its drive to secure its interests and influence in Afghanistan. For its part, by strengthening Afghanistan, India seeks to advance its own national security objectives––eliminating a critical safe haven for terrorists who have attacked India, and gaining access to Central Asian trade and energy resources.

Islamabad’s exaggerated fears that New Delhi wants to trap Pakistan militarily through the Kabul government have led it to oppose Indian involvement in Afghanistan. Pakistan’s military establishment frequently levels allegations that an Indo-Afghan nexus is stoking separatist movements in Pakistan, and there have been many instances of kidnappings and attacks on Indians in Afghanistan aimed at frightening the Indian government into leaving the country.

Despite Pakistan’s objections, Indo-Afghan ties remain robust, as reflected by the activation of the air corridor and the trilateral agreement with Iran over the Chabahar Port. Supporting a more proactive regional role for New Delhi––which would contribute to Afghanistan’s security, stability, and economic development––should be in Beijing’s long-term interest. Joint capacity building and development-oriented projects with China in Afghanistan would be beneficial for India both economically and strategically. Besides protecting Indian nationals working in Afghanistan, such projects might also provide security from terrorist attacks backed by Pakistan’s security establishment.

While Chinese-Indian cooperation on measures like joint diplomatic training is welcome, there remains a fundamental difference on how to resolve the Afghan problem. India would like China to play a more positive role in facilitating direct talks between the Afghan government and the Taliban––the only path to peace and stability in the region. However, while Beijing has leverage with Pakistan’s security establishment, its close relationship with Islamabad has also been a real impediment to forcing it to deliver tangible results in a negotiated political settlement in Afghanistan.

For now, the belief that China’s increasing involvement in Afghanistan might eventually motivate Beijing to put pressure on Pakistan to cut its ties with terrorist groups has yet to be translated into reality. Ultimately, if Chinese-Indian cooperation in Afghanistan is to prove successful, the two countries will need to find common ground on the issue of terrorism.