New old dynamics at play in the Armenia-Azerbaijan conflict 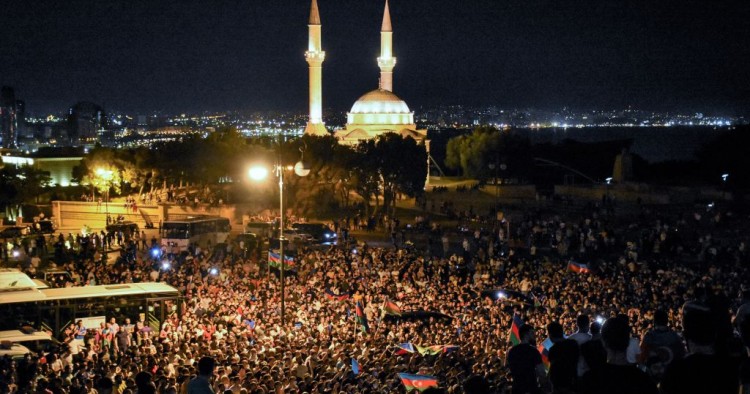 There are two countries in Europe which have been at war with one other for three decades. Last week Armenia and Azerbaijan were fighting again. At least fifteen soldiers, including an Azerbaijani general and one civilian, were killed in clashes across their northern border between the towns of Tavush and Tovuz. After a brief lull, firing from heavy weapons resumed on July 16.

The fundamental issue at the heart of the unresolved Armenian-Azerbaijani conflict is the disputed territory of Nagorny Karabakh, de jure part of Azerbaijan but wholly run by its majority Armenian population after a bloody conflict broke out as the Soviet Union began to break up. This is the oldest still-running conflict in the wider Europe, dating back to 1988, when it was the first ethno-territorial dispute between two Soviet nationalists to exercise Mikhail Gorbachev.

It is more than a territorial dispute. It is also a major clash over history and identity between two nations which have both lost grievously at the hands of the other, with 20,000 dead and mass displacement of more than one million people. Nowadays it endures as a fully-fledged conflict between two states that have shared a Soviet past but are still prisoners of their enmity with one another.

The clashes over the last week put an end to a two-year honeymoon period ushered in by the coming to power of Armenia’s new leader, Nikol Pashinyan, after the peaceful revolution in Yerevan in 2018. Azerbaijan welcomed a man who was from a younger generation and, unlike his two predecessors in Armenia, not associated with the bitter conflict of 1991-4.

Since the Armenian side won a military victory on the ground and the two sides signed a ceasefire in May 1994, a so-called Line of Contact was established running across Azerbaijani territory for 110 miles and dividing the armed forces of each side – Europe’s equivalent of the Line of Control in Kashmir or the 38th Parallel. Here, and also across the international frontier between the two countries, the two armies shot at one another, first with light weapons, then over the last decade with much deadlier—long-range snipers, mortars and artillery. In April 2016 the two sides went back to war for four days and around 200 people were killed.

In 2018 Pashinyan and Azerbaijani President Ilham Aliev agreed to de-escalate tensions on the Line of Contact. For the first time they established a telephone hotline between military commanders. Levels of violence dropped to almost zero—a sure sign that the shooting was not accidental but always had political approval from above.

The mood was more positive than for many years. There was hope that the faltering negotiation process could resume. In January 2019 the Armenian and Azerbaijani foreign ministers even agreed “upon the necessity of taking concrete measures to prepare the populations for peace.”

The optics were better but unfortunately nothing of substance had changed. Both leaders and both societies continued to hold completely mutually exclusive positions: that the region of Karabakh belonged to them, no questions asked. Prime Minister Pashinyan travelled to Karabakh and chanted the word “Unification” at a public rally to stress that the province and Armenia would never be separated. President Aliev warned that Azerbaijan would never give up on its claims, saying "The war is not over. Only its first phase has ended."

With the fighting of this week, the two-year honeymoon period is over. We can’t be sure who started it, although we do know that Azerbaijan was frustrated at the Armenian side’s failure to commit to more substantial negotiations. It always has a greater interest in destabilizing a status quo that it regards as fundamentally unjust. As soon as the guns started firing, both populations were instantly inflamed. An angry demonstration in Baku saw protestors break into the parliament building and demand that the government escalate the conflict against the Armenians. In Yerevan, groups of people chanted and threw objects at the Ukrainian Embassy, protesting against Ukraine’s declared solidarity with Azerbaijan.

This limits the space for negotiations and compromise. The French, Russian and U.S “co-chairs” of the Minsk Group of the Organization for Security and Cooperation in Europe (OSCE) worked up a finely-spun framework document known as the Basic Principles more than a decade ago that charts a phased solution to the conflict. Neither side has ever fully rejected it but the domestic compromises it envisages are too great for any Armenian and Azerbaijani leader to commit to.

Many are inclined to read geopolitics into the Armenia-Azerbaijan dispute and see it is an extension of Russia and Turkey’s traditional rivalry in the region. This ignores the fact that local factors are still the main driver of the conflict and that Russia has equities on both sides. Unlike in Abkhazia, South Ossetia, Transnistria or Ukraine there are no Russian military personnel in the Nagorny Karabakh region. Russia maintains a military base in the Armenian city of Gyumri and Armenia is a member of the Russia-initiated Collective Security Treaty Organization and Eurasian Economic Union. The Putin regime also enjoys close relations with the Azerbaijan ruling elite, who are in many ways, kindred spirits in a petrostate that in many ways resembles Russia.

Turkey actively supports Azerbaijan but certainly does not want to see another conflict in its neighborhood. Azerbaijan provides Turkey with oil and growing volumes of gas from its Shah Deniz field in the Caspian Sea and is a big investor in modern Turkey. The United States, once quite an active mediator, has reduced its engagement substantially over the past decade, especially so under the Trump Administration.

This basically means that Russia, Turkey, the United States and the EU have enough leverage to contain the two sides, but neither the time or energy or will to try and impose peace on them, let alone introduce the peacekeepers needed to enforce an agreement. Hopefully another fragile ceasefire will be established out of this new round of fighting. Sad to say, it may be another generation will grow up before the Armenian-Azerbaijani conflict gets nearer final resolution.

Thomas de Waal is a senior fellow with Carnegie Europe and author of Black Garden: Armenia and Azerbaijan Through Peace and War (NYU Press, Second Edition, 2013). The views expressed here are his own.