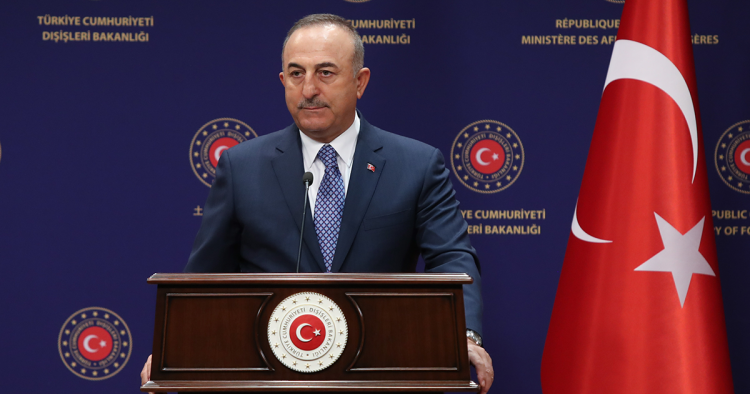 In the past several weeks, news has been coming out of Ankara regularly about normalization in relations with countries with which Turkey has had problematic relationships for some time. Just this past week, it was reported that the Israeli minister of energy has been invited to the Antalya Diplomacy Forum. This would be the first such high-level visit since 2018, when yet another diplomatic crisis erupted between the two countries. At that time, Turkish President Recep Tayyip Erdoğan had criticized Israel for its treatment of demonstrators protesting the U.S. recognition of Jerusalem as Israel’s capital. Equally surprising was the announcement that the foreign ministers of Turkey and the UAE had exchanged a phone call. The two countries have been engaged in a bitter rivalry, especially since 2016, and proxy warfare. There has also been news about a possible normalization in ties between Turkey and Saudi Arabia. Finally, Turkey's relations with Egypt have been improving as well, after the crisis created by Erdoğan’s criticism of the 2013 coup that toppled then-Egyptian President Mohamed Morsi, Turkey’s support for the Muslim Brotherhood, and the two countries’ more recent strategic rivalry in Libya and competition in the eastern Mediterranean. Overall, the relations between the countries that formed one of the two axes of the post-Arab uprising Middle East — that is, the one between Saudi Arabia, the UAE, Egypt, and Israel on the one hand, and Turkey and Qatar on the other — seems to be changing. How can one explain this shift?

Global and regional developments, both actual and expected, seem to be partly responsible. One important factor has been the transition to the Biden administration in the U.S. Although it has not yet fully developed a comprehensive Middle East policy, some elements have already led regional powers to adjust to new developments. Interestingly, although it has been argued in the last 10 years that Washington has been withdrawing from the Middle East, some policy changes are already having significant effects in the region. The U.S. has made it clear that it will no longer support Saudi intervention in Yemen, expressed its general desire — in some way — to go back to the nuclear deal with Iran, and even encouraged Iran and Saudi Arabia to reach an understanding in Yemen as a confidence-building measure. In addition, the expectation of different policies under the new administration had already ended the Gulf crisis between Qatar and the other members of the Gulf Cooperation Council and Egypt.

In the meantime, two other extra-regional actors, Russia and China, are increasing their presence and roles in the region. They also encourage the regional countries to tone down the rivalries and their underlying positions as brokers. It is expected that in the newly evolving conjuncture, Iran will be an important actor with strategic gains in different parts of the Middle East. The expectation that we may be entering a new phase in the post-Arab uprising crisis zones in Libya, Syria, and Yemen forces regional countries to keep different channels open with one another. Thus, the Saudi-led bloc once again wants to normalize its relations with Turkey to be able to balance Iran.

For its part, Turkey, which has been isolated regionally for some time and due to its policies found itself in a position where other states formed counter alliances to balance it, now wants to reach out to these countries so it can have more cards in its hand in the new conjuncture. Especially in the eastern Mediterranean, this isolation has a high potential to cost Ankara a lot. Turkey seems to be ready to talk to Greece and sign deals with Egypt and Israel in the eastern Mediterranean and has sought inclusion in regional forums. Thus, for all regional actors, including Turkey, there seems to be an understanding that it is time to adjust their policies.

In addition to global and regional developments, there are domestic reasons as well for regional countries to tone down their rivalries and zero-sum competition. The policies that rely on hard power, proxy wars, and confrontations are costly and difficult to sustain in the long term. This is especially true given the negative socio-economic impact of COVID-19 and the fall in oil prices, which have exacerbated already existing problems. These negative socio-impacts also hold true for Turkey, which is dealing with an economic crisis that started in 2018 and has gotten worse recently.

Despite the factors pushing regional countries toward normalization, the process may not be an easy one. First of all, none of the new processes that are at work regionally is certain. The Iran nuclear talks are facing difficulties, and the relative stability and negotiations in the post-Arab uprising crisis zones are fragile. Thus, regional politics can quickly revert to a more rivalrous and competitive mode quite easily.

The normalization in bilateral relations is also fraught with minefields. In the case of relations between Turkey and Egypt, so far the two countries seem to be ready to take the necessary steps to prepare the ground for normalization. Turkey has already asked locally based Muslim Brotherhood-affiliated media platforms to tone down their criticism of the Egyptian government. Ankara's request for Egyptian media to tone down its criticism of Turkey and President Erdoğan is also reported to be accepted by Cairo. But for Egypt, which sees the Muslim Brotherhood as a regime security issue, just toning down the criticism will not by itself be enough. The Justice and Development Party (AKP) government seems to be behaving pragmatically on this issue and may finally stop supporting these media outlets altogether, depending on how the normalization process proceeds. Yet, this issue can be considered as one of the challenges for bilateral relations.

Similarly, the prospects for normalization between Turkey and Israel are also delicate. Turkey’s continuous support for the Palestinians and the AKP's special relationship with Hamas, together with the continuing rise of the Israeli right, is a complex combination that not only makes normalization contingent on the Israeli-Palestinian issue but also quite fragile. Normalization between Turkey on the one hand and Egypt and Israel on the other is especially vulnerable to ideological challenges. Despite the “realist turn” in Turkey’s foreign policy since 2016, the AKP government’s approach to Egypt and Israel has continued to be colored by ideology.

In sum, like other regional powers, Turkey is trying to adjust its foreign policy in the Middle East and North Africa to actual and expected changes in regional politics and external powers’ policies in the region as well as domestic necessities. As in the case of other regional powers, these do not point to wholesale changes, but rather pragmatic adjustments. For real peace and stability in the region, all the regional countries, including Turkey, must shift to win-win positions and cooperation. Although they do not point to such a drastic transformation, today's efforts are still positive as confidence-building measures.

Meliha Benli Altunışık is a non-resident scholar with the Middle East Institute's Turkish Studies Program and a professor in the Department of International Relations at Middle East Technical University (METU) in Ankara. The views expressed in this article are her own.