The Next President's Big Iraq Problem 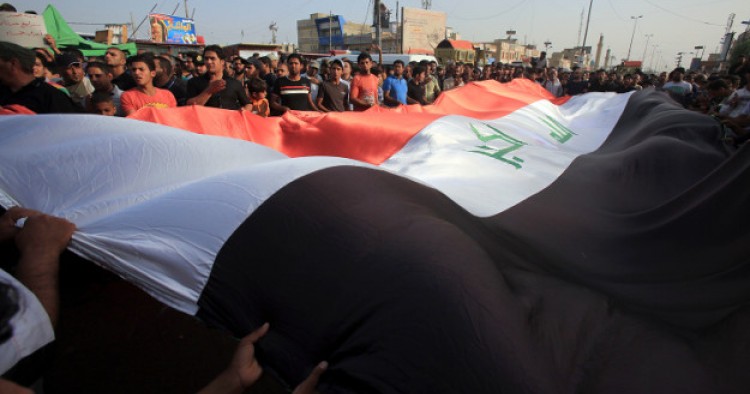 This article was first published on RealClearWorld.

By the time President Barack Obama departs the White House in January 2017, the Islamic State’s territory in Iraq will be further reduced. Its fighters will formally control only a few isolated pockets, probably around Mosul in northwestern Iraq. The outgoing Obama administration can at least take comfort in the fact that its actions drained the Islamic State's resources and helped fighters claw back ISIS-held territory.

However, Iraq will remain far from a success story, or at least not what Obama had hoped for when he entered office in 2009. Iraqi security forces will continue to battle a tough Islamic State insurgency, much worse than the security challenges they faced in 2009-10. The new administration will labor to keep Iraq together as Iraqi Kurds push for independence and the national government struggles to maintain cohesion amid economic hardship and challenges to local governance. Without Iraqi national reconciliation, especially in restive Sunni Arab districts, the new U.S. administration will face a long slog against an ISIS insurgency in a constantly wobbly Iraq.

As administration officials rightly point out, the Islamic State has lost much ground in Iraq since the peak of its advance in mid-2014. The so-called caliphate’s fighters have lost most of the provinces of Diyala and Salahuddin and big portions of Anbar and Nineveh. It was never going to take Baghdad in any case, but ISIS is today less able to threaten the Iraqi capital and its 5 million inhabitants. Significantly, the Iraqis, with help from the U.S.-led coalition, have cut main road links between ISIS strongholds in Syria and those in Iraq.

Taking and holding ground does matter: the Islamic State’s administration has demonstrated an ability to govern, and while it may not be hugely efficient, the militant organization even collects taxes and writes parking tickets. Recapturing ISIS-held towns and cities in Iraq and Syria will steadily reduce the Islamic State's capacities. In this sense, fighting against the Islamic State resembles a conventional war, one that the Iraqis and their American friends are winning.

ISIS, however, has a history that goes beyond an established, murderous administration and physical control of geography. Thousands of its fighters will never flee or surrender, but will instead return to its previous form as an underground insurgency, as it was prior to 2014. If ISIS is as smart as al-Qaeda has been in Syria, it might even become a softer, gentler, and still entirely lethal entity learning from the mistakes of its brutal rampage of 2014-2016. In that case, it will be even harder to defeat entirely.

After miserable experiences in Iraq from 2003 to 2011, as well as in Libya in 2011, American presidential candidates should finally understand that fighting terrorism and restoring security in weak Arab states is about far more than carpet-bombing or boots on the ground. U.S. policymakers are hopefully readying for governance in the areas recaptured from the Islamic State, and spurring Iraqis to prepare for the same. The next administration needs to think less about the military aspects of defeating ISIS and more about governance in order to completely uproot the movement and address any grievances that may allow it to fester. These concerns aren’t as ostentatious as military operations, but they are vital. Some ideas for the next administration to consider include:

President Obama rightly noted, when he announced the dispatch of U.S. forces to Iraq in July 2014, that the ultimate answer to destroying the Islamic State is national reconciliation. If Iraq cannot restore civic life in areas freed from ISIS, national reconciliation will stumble and perhaps even fail. We have seen before how ISIS will readily fill the local voids created by ill-managed and corrupt local governance and unpopular security forces.

In truth, national reconciliation has a long road to follow. Prime Minister Haidar al-Abadi is vastly less sectarian than his predecessor, Nouri al-Maliki. Indeed, one wonders whether the Obama administration was pressing al-Maliki and his team about their corrupt and divisive policies in the months before the Islamic State overran western Iraq. Al-Abadi was an engineer living in Britain until the collapse of Saddam Hussein’s regime, and he lacks a broad support base in Iraq. Nor does he have a militia, as do some of his Shiite political rivals. Al-Abadi is largely dependent on the goodwill of others in his Shiite political coalition, including men reliant on Iranian money and arms for their influence.

When push comes to shove -- and it often does in Iraqi politics -- al-Abadi could find himself stymied. His tendency as prime minister to operate with only a small team and minimal consultation has exacerbated his challenges. Al-Abadi could not obtain agreement on his preferred appointees for the interior and defense ministry portfolios in 2014, and he has had major difficulties changing the cabinet this year, even with the visible support of the highly influential Ayatollah Ali al-Sistani. Protesters storming the Green Zone and the Iraqi parliament was only the latest example of al-Abadi’s weaknesses.

In contrast to al-Maliki, al-Abadi’s relationship with the Iraqi Kurdish region has been correct, even if not warm. The al-Abadi government has not stormed about Kurdish oil exports that it interprets as a violation of an agreement struck in 2015. Although it reduced transfer payments to the Kurdistan Regional Government (KRG) in response to fewer export receipts from the Kurds, the Baghdad government quietly continued other payments, including some employee salaries. With world oil prices down, however, Baghdad is less able to buy Iraqi Kurdish loyalty to the state. The Kurds have never relinquished their right to seek independence, and even with ISIS pressing them from the west, Iraqi Kurds are speaking openly again about independence. The premier seems little inclined to stop them.

KRG President Masoud Barzani is a careful calculator and tough negotiator. Some of the Kurdish talk may be posturing, and Barzani wouldn’t make rash moves. Pressure from the Islamic State, and the near bankruptcy of the KRG’s treasury, are slowing the drive to independence. It is, however, feasible that Iraq’s Kurds may move to declare independence, with some kind of assurance from Turkey, within the next five years. How smooth that process will be depends on whether there can be an agreement about the exact border between rump Iraq and the new Kurdish state. Barzani’s fighters now control the oil town of Kirkuk, but few Arabs, Sunni or Shiite, will readily accept Kurdish rule over it without serious concessions in return.

Unlike the Kurds, Iraq’s Sunni Arabs do not seek their own state and will likely cling to some relationship with Baghdad. Their lands are mostly desert, and few hydrocarbon fields have been developed to bankroll a Sunni Arab entity, even if the Sunni Arabs could unite themselves to establish one. Their dependence on Baghdad and its budget has only sharpened the struggle for power and influence among Iraq’s Shiite and Sunni Arab communities. Greatly outnumbered, the Sunni Arabs keep losing ground -- literally. As noted in reports by Human Rights Watch, Amnesty International, and recently The Atlantic, many Iraqi Sunni Arabs are not safe in Baghdad or in nearby provinces governed by Shiite political blocs and militias. The ugly sectarian  killings, which reached their peak in 2006-07, have returned.

Reconciliation between the Shiite and Sunni Arabs will require a much larger degree of self-governance and local security arrangements for both communities; financed largely, at least at the beginning, by Baghdad. Many Sunni political figures who used to decry federalism -- including tribal leaders and political bloc leaders -- now seek it.  The constitution does not permit Sunni Arabs to declare a federal region or two unilaterally; they will need approval from other Iraqi provinces.  Shiite political leaders –- who, along with the Kurds, embraced federalism back in 2005 -- have been reluctant to consider the idea. Moreover, given the splits among Iraq’s Sunni Arab community, local governance may need to be very local to be sustainable; Sunni Arabs from one tribe or community may not be accepted in Sunni Arab communities elsewhere. The shortage of reliable administrators in Iraq, especially in Sunni regions, makes governing Sunni Arab communities and fostering durable national reconciliation particularly difficult.

The Iraqi government in the second half of 2016 will have to confront these governance issues more directly, at a time when its cohesion is under unprecedented strain.  Even if it holds together, Baghdad’s budget is under terrible pressure, and the country is seeking help from the International Monetary Fund. Given the extent of Iraq’s imbalances, the IMF will demand major reforms relatively quickly. Iraqi leaders won’t like austerity and IMF benchmarks, and we can expect anger, more street protests, and more demands for government shake-ups. There will likely be pleas for American intercession with the IMF. Baghdad may also plead for more help with civilian assistance programs and training, on top of military aid. The United States knows firsthand the difficulties in training and fielding able administrators, judges, and police. Previous attempts by well-resourced American provincial reconstruction teams in Iraq have had mixed results in the past. The American experience in Mosul, Fallujah, and Hit in 2012-2014 was abysmal and helped the Islamic State’s surge. The new administration will have to consider early in its tenure whether governance is an area in which it can help. If it cannot, then it also needs to determine what political, diplomatic, and military tools it could use to help keep Iraq from slumping into a constant, low-grade combat that would make containing the Islamic State even harder.

Installing and empowering good governance is a great deal more than refugees simply returning to their liberated homes. The Obama administration’s reverse ‘body count’ of Sunni Arabs returning to their homes in some select towns says nothing about whether they can find basic services, new jobs, and expect fair treatment from local police and judges. A military-only approach to ISIS will not eradicate the militant group entirely. The next U.S. administration will need to develop a more nuanced policy to secure the future of the Iraqi state, and do so in a manner that minimizes fighting and addresses the underlying grievances that allowed the Islamic State to incubate. Without national reconciliation, the Iraqi state will never be stable, and the seeds for extremist, revisionist groups like ISIS will remain.