Norms Needed to Regulate Use of Armed Drones 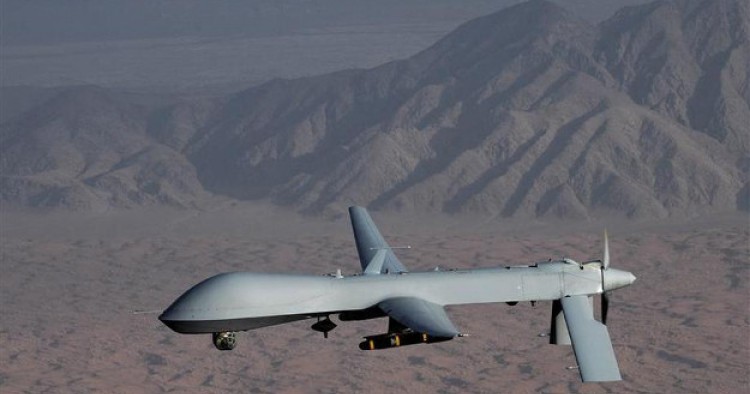 Armed drones are on the edge of widespread proliferation, with China now entering the market and a growing appetite for the lethal weapons in the Middle East. This new development, however, should not become reason for the United States to mimic China’s behavior. Instead, Washington should continue its policy of judicious flexibility in regard to drone sales.

In early October 2016, when expectations of Hillary Clinton’s election seemed almost a foregone conclusion, the Obama administration launched an initiative supported by over 50 nations who agreed to a joint declaration dealing with the import and export of armed unmanned drones.

The U.S. State Department saw the chief rationale for this initiative as the creation of global norms bearing on the use or misuse of drones, also known as unmanned air vehicles (UAVs). But in the aftermath of Donald Trump’s surprise election victory, the status of this new drone declaration fell into a temporary limbo, and remains so today.

An expected meeting of the participating countries in early 2017 was pushed into the summer, and may even slip longer. In the meantime, supporters of liberalizing armed drone sales are pressuring the Trump administration to approve drone exports to Jordan and the United Arab Emirates, not least because China has begun selling its own armed drones to countries in the Middle East, Africa, and Asia.

Created in 1987, the Missile Technology Control Regime (M.T.C.R.) of seven countries—there are now 35 member states—agreed to curb the spread of ballistic missiles and other unmanned delivery systems that could be used to deliver nuclear, biological, or chemical weapons. Under M.T.C.R. rules, member states agree to adhere to export controls on a list of items addressed in two separate parts: Category I and Category II.

Category I items—such as certain ballistic and cruise missiles and armed drones—are automatically subject to a strong presumption of denial when they are capable of achieving a range of at least 300kms while delivering a payload of at least 500kgs.

Increasing Demand for Armed Drones in the Middle East

Several countries in the Middle East have approached the U.S. government to acquire armed drones. In 2013, the United Arab Emirates signed a contract to purchase the unarmed Predator XP, an upgraded version of the original Predator. The U.S. government licensed the unarmed XP drone for sale to a broader audience, most notably countries in the Middle East and North Africa. Yet, when Jordan sought to acquire the Predator XP in 2015, the Obama administration rejected the sale for unspecified reasons. In the meantime, China is selling its own armed drones to several countries in the region, including Saudi Arabia. There are also talks underway between China and Saudi Arabia to produce jointly 100 Chinese Rainbow drones in Saudi Arabia.

In mid-April 2017, a bipartisan group of 22 House members called on President Trump to move ahead with approving the sale of armed drones to both Jordan and the United Arab Emirates. The Trump administration has acted carefully thus far with regard to drone sales. It has turned to its National Security Council to examine drone export policy so as to eliminate, if possible, obstacles that make it difficult for U.S. companies to compete.

In the meantime, the Congress has asked for a “Report on Assessment of Proliferation of Remotely Piloted Aircraft Systems,” under the direction of the chairman of the Joint Chiefs of Staff, to be submitted no later than six months after enactment. The study will be undertaken by a federally funded research and development center.

The challenges ahead are daunting, not least because of the largely opaque nature of armed drone use. China’s recent entry into the drone market only increases the chances of widespread misuse of armed drones. Although China is unlikely to monitor closely how such weapons are employed—notably the extent to which efforts are taken to distinguish between innocent civilians and true combatants—they should be encouraged to do so. Given the challenge facing drone-use states, it is imperative that a set of solid norms is established as a basis for sound decision-making regarding armed drone use.
The Obama administration’s “Joint Declaration for the Export and Subsequent Use of Armed or Strike-Enabled Unmanned Aerial Vehicles” is a good place to start. Its five general principles bearing on the export of armed drones are as follows:

As the proliferation of armed drones spreads more widely and dangerously, the Trump administration would do well to embrace the prior administration’s efforts to create norms of behavior regarding drone use. Without such standards of behavior, the loss of a significant number of civilian lives will be inevitable.