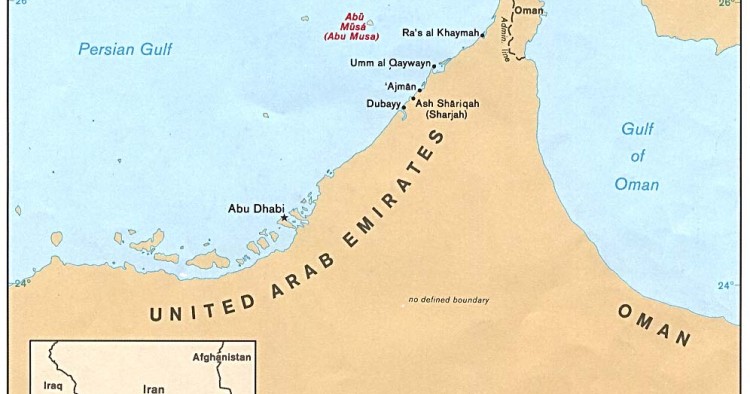 Oman is strategically positioned across the Gulf of Oman from Iran, north of Yemen, and east of Saudi Arabia. It has arguably been able to secure its rapid economic growth—spurred by oil riches—by maintaining neutral, if not friendly, relations with these neighbors, including Iran. Yet while Oman has successfully kept itself neutral, it still inhabits a precarious location. It shares with Iran the Strait of Hormuz, a waterway that Iran has threatened to close due to its charged relations with the GCC countries and the United States, who rely on the Strait to transport oil to world markets. Such a position, coupled with Oman’s geographic proximity to the Indian Ocean, where Somali pirates operate, has made maritime security over the past decade a key pillar of the country’s foreign policy strategy. Muscat thus seeks to counter a range of threat scenarios, from piracy to regional tensions, by closely linking maritime security policies to its neutrality-based foreign policy doctrine.

Pirates not only threaten international shipping off the coast of East Africa; they are increasingly drawing nearer to the Sultanate’s territorial waters. In August 2011, pirates disguised as fishermen entered southern Omani territorial waters and hijacked a chemical-oil tanker with 21 Indian sailors on board near the port of Salalah. A Dutch navy ship ultimately intercepted the ship as it was en route to Somalia. In 2012, pirates hijacked a Liberian-flagged oil tanker off the coast of Oman. Due to this attack and several others that year, in addition to over a dozen attempted attacks during the same period, the International Maritime Board labeled Oman a high-risk zone of pirate activity.[1]

Oman is currently working to extend its continental shelf by an additional 150 nautical miles. By extending the shelf, the Sultanate is signaling to the international community its firm commitment to fighting piracy, as its extended naval presence could help push pirates further into the Indian Ocean. Oman also informally coordinates its counter piracy efforts with Iran.

But perhaps the larger issue for Oman in terms of maritime security is the situation with Iran and the Hormuz Strait. As tensions between Iran and the international community continue to escalate over Tehran’s controversial nuclear program, Iranian threats to close the Strait, if carried out, would not only endanger global energy supplies, as some 35 percent of all crude oil carried by ship passes through the Strait, but would effectively violate Omani territorial waters. Inevitably, this could cause great harm to Oman’s economic interests.

In a bid to mitigate such negative commercial consequences, the Omani government recently constructed a port, al-Duqm, on the Arabian Sea. The new port, whose location avoids the Strait, provides dockyard facilities and ship maintenance services and has the potential to become a major regional transport hub. Oman and its GCC allies, notably Saudi Arabia and the United Arab Emirates (UAE), are currently holding talks on constructing a pipeline that would transfer energy resources to Duqm and from there to world markets. Once the $1.5 billion project is completed, Duqm could also become a major international business hub, as the government is planning to construct a special economic zone ringed with a petrochemical factory, a refinery, an airport, beachfront hotels, and housing for more than 100,000 people.

Relatedly, as part of an effort to circumvent the Strait, the UAE inaugurated in June 2012 a $3.3 billion pipeline that stretches 230 miles from the Habshan onshore field in Abu Dhabi to an offshore oil terminal in Fujairah on the Gulf of Oman. (The province of Fujairah is sandwiched between the northern Omani governorate of Musandam, which faces the Strait, and the Omani governorate of al-Batinah.) Also known as the Abu Dhabi Crude Oil Pipeline, the strategic pipeline, with a capacity of about 1.5 million barrels of oil a day, represents a critical measure taken by the UAE to secure its access to world energy markets. Saudi Arabia, for its part, constructed two major pipelines, both over 600 miles long, from its Eastern Province to the Red Sea port of Yanbu in the early 1980s.

Constructing the port at Duqm and cooperating with Saudi Arabia and the UAE on pipelines are methods of circumventing troubles stemming from regional and international tensions with Iran. Oman also engages with both sides on maritime security to ensure its doctrine of neutrality at sea.

For instance, Oman’s Royal Navy conducts annual bilateral exercises with its partners from the Gulf Cooperation Council (GCC), India, Pakistan, and the United States, and it also carries out the annual khanjar hadd (sharp dagger) multilateral exercise with its counterparts from the United States, Britain, and France. While Oman’s navy does not conduct any drills with Iran’s navy, the two countries, whose positive relationship dates back to the early 1960s when Tehran assisted Muscat in quelling an insurgency in the southern province of Dhofar, currently occasionally dock at each other’s ports. However, it should be noted that while, as mentioned, the two navies also informally coordinate anti-piracy operations, Muscat has not signed any naval intelligence agreements with Tehran as it has done with its GCC allies, India, Pakistan, France, Britain, and the United States. In the Strait of Hormuz, Oman and Iran “operate independently” of one another.[2]

By maintaining close ties with Iran, Oman is not only securing its own independence and prosperity, but is also providing an important stabilizing factor in regard to the Strait of Hormuz and the region at large. In addition, the Duqm port illustrates the Sultanate’s apparent objective to capitalize on its strategic location by establishing a business hub far removed from the volatile Strait. Between Iran tensions and Duqm’s location, the port could help transform the country’s economy as Oman faces dwindling oil reserves.

As Iran grows increasingly isolated both regionally and internationally, an “Omani channel” to the West could arguably serve international interests. Though Iran is reliant on the Strait’s narrow passage to access the Indian Ocean and therefore is not likely to close it, if such a crisis occurs it is conceivable that Muscat could draw upon its friendly ties to prevent Tehran from blocking the strategic water passage.