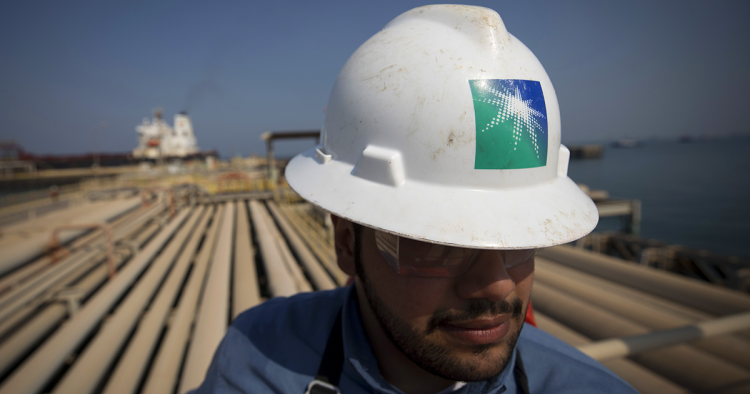 The question of how much more crude oil OPEC can produce on a daily basis has clear and far-reaching implications for the health and stability of the global economy. Governments around the world have been trying to understand the constraints while pushing members of the cartel to increase their production and exports.

At the latest G-7 summit in Bavaria, in late June, French President Emmanuel Macron told his U.S. counterpart, President Joe Biden, that the United Arab Emirates had already reached maximum production capacity. According to Macron, UAE ruler Sheikh Mohammed bin Zayed al-Nahyan had additionally confided to him that the Saudis could only increase oil production “a little bit.”

In turn, Shell CEO Ben van Beurden recently stated, “And, of course, I cannot know how much spare capacity OPEC would have but it is not as much as what a lot of people hope or think is my estimation.” Moreover, independent oil analyst Neil Atkinson told CNBC’s “Squawk Box Europe,” “I have believed for some time that the estimates for spare capacity held by the likes of Saudi Arabia and the UAE have actually been inflated and when push comes to shove they can’t put as much into the market very quickly as analysts previously thought.”

According to OPEC, however, at its most recent meeting, on June 30, the group authorized a production increase of 648,000 barrels of oil per day (bopd) for August, even though the cartel’s production declined by 176,000 bopd from April to May 2022. The OPEC+ group — which brings together the cartel’s full membership and several other major producers, most notably Russia — has been behind in production quotas since late last year. There are no signs the group is closing the gap. OPEC figures indicate that global demand totals 100.3 million barrels of oil per day (mmbopd), while world production is 94.5 mmbopd, of which OPEC generates 28.5 mmbopd, leaving a deficit of approximately 6%.

The leading OPEC and OPEC+ producers, Saudi Arabia and Russia, respectively, are both pumping oil below their quotas. The two countries have the same production target, more as a symbol of equality rather than a reflection of their true capacity. Saudi Arabia fears Russia’s wholesale pricing efforts, as the latter dumps crude on Chinese and Indian buyers. The Russian effort erodes the value of Saudi volumes, pressures Saudi pricing schemes, and is all the more disconcerting for Riyadh because China and India are major buyers of Saudi crude. This situation could possibly lead to a rift in Riyadh and Moscow’s relationship that drives the Saudis back toward Europe and the U.S. But much will depend on how long the Russian discounts remain in place and on whether President Biden’s July 13-16 relationship-building visit to the region is productive from the Saudi point of view.

Industry analysts widely agree that OPEC+ production levels are currently well below the members’ authorized quotas and that any production increases will mainly be met by Saudi Arabia and the UAE. The challenges facing the group are daunting as production increases require political stability, domestic and regional security, long-term consistent capital investment, and ultimately a robust supply chain with a sufficient number of technical workers in the field and in the office. Political stability and domestic and regional security are the main obstacles to restoring more robust production. But should those challenges be managed, the seven OPEC countries analyzed below — each of which could practicably raise production while utilizing existing infrastructure — could deliver another 4.80 mmbopd to the hungry market, narrowing the global demand-supply gap to 1%.

Where to find extra OPEC production?

While these seven cartel members have the potential to boost production with the current infrastructure, each of them suffers from deficient asset integrity and maintenance, internal political and security issues, and a lack of long-term consistent capital investment. These factors are now limiting their production capacity growth. The production numbers cited below are all taken from the OPEC Monthly Oil Market Report, released on June 14, 2022, and YCharts.

Iran, under the Joint Comprehensive Plan of Action (JCPOA), which was valid from January 2016 until the Donald Trump administration withdrew from the agreement in May 2018, produced on average more than 4.20 mmbopd. Following the U.S. withdrawal, Iran’s production declined to an average of 2.90 mmbopd. Current production, per OPEC data, is 2.544 mmbopd. With political stability in the country and a reemergence onto the global market governed by an internationally accepted operating framework such as the JCPOA, Iran could increase production by up to 1.40 mmbopd with minimal effort. Indeed, Tehran demonstrated its ability to increase production when it originally entered into the JCPOA, boosting extraction daily rates by more than 900,000 bopd from 2015 to 2016. Iran could likely ramp up production again if a new agreement were reached. Moreover, China and India have both been buying Iranian crude, and that money has likely provided Iran with needed capital to maintain its oil-sector infrastructure.

Within OPEC, Iraq is one of the top three oil producers, with average daily volumes of more than 4.40 mmbopd. Immediately prior to the COVID-19 pandemic, in February 2020, Iraqi production reached 4.66 mmbopd, though it stood as high as 4.8 mmbopd in early 2019. Typically, Iraqi production fluctuates as a result of local security or political issues in the southern part of the country, where the majority of production sits, and in the Kurdistan region, where the pumped oil is exported by pipelines via Turkey to the Mediterranean. Technically, Iraqi production could rise by 200,000-400,000 bopd; but that would require optimum conditions, including greater regional as well as domestic political stability. But with ongoing clashes between Iraq’s dueling parliamentary parties, maintaining even current production levels is a challenge. Although the resource base is sufficient to support higher export volumes, Iraq desperately requires massive capital investment to expand its export facilities and oil storage tanks as well as implement immense seawater pipelines for water injection to support further exploitation. That capital investment would only originate from foreign sources — Western or possibly Chinese.

Current production in Libya stands at around 707,000 bopd, but that value has fluctuated wildly over the past six months, from 100,000 bopd to close to 1.00 mmbopd, depending on the security situation in the country. During Moammar Gadhafi’s reign, Libyan production was as high as 1.8 mmbopd. Global focus on stabilizing this North African state could result in the addition of at least 1.00 mmbopd to the global markets as the current infrastructure is in place to support such volumes. Clearly some capital will be required for maintenance; nonetheless, production restoration is feasible within a short time period. External parties will need to drive rival Libyan factions together for the benefit of increased oil output and revenue for the country.

One of Africa’s leading petroleum exporters has struggled to stabilize its production at around 1.5 mmbopd. Internal strife, especially in the Delta region, compounded by crude oil theft has pushed Nigeria’s production numbers down to 1.00-1.20 mmbopd. Current production is more than 700,000 bopd lower than in early 2018, and Nigeria presently pumps around 800,000 bopd below its OPEC quota. Should domestic security improve enough for Nigeria to manage the levels of crude theft, production might be increased to 1.50-1.60 mmbopd. This would still be below Nigeria’s OPEC quota, but it would add around 250,000 bopd to the world market.

Saudi Arabia’s current OPEC quota is 11.00 mmbopd. The country has reached this production target only twice in the last four years, in November 2018 and April 2020. The April 2020 volumes were the result of a production and price war launched between Russia and Saudi Arabia, wherein the Saudis attempted to press the Russians into OPEC+ production compliance. Shortly thereafter, production (and the crude price) plummeted due to the COVID-19 pandemic and remained in the 8.50-9.25 mmbopd range. In October 2021, with the global economy recovering from the effects of the pandemic, the Saudis commenced a gradual production increase to 10.00-10.50 mmbopd.

Interestingly, the current OPEC quota may be out of reach for the country as it struggles to deliver a consistently high production rate of around 11.00 mmbopd. While Saudi Arabia has reached the 11.00 mmbopd production level in the past, it is a significant challenge to sustain it owing to operational challenges, regularly planned maintenance, and the need to supply the country with sufficient fuel to power the necessary summer-time air conditioning. Only with infrastructure expansion can the kingdom maintain an 11.00 mmbopd or higher production level. The investment and project execution will take time and requires long-term, consistent capital investment. For domestic oil production projects, Saudi Arabia has a track record of staying the investment course; but the same cannot be said for other businesses. In the near term, however, OPEC’s most powerful member will struggle to deliver on its oil production quota, as it may well have reached a maximum sustained production level until new infrastructure can be built.

Current UAE production stands at 3.05 mmbopd, a decrease of 9% compared to February 2022. Peak production stood at 4.12 mmbopd in April 2020, when the UAE aligned with the Saudis in the Russian-Saudi short-lived price war. Post-COVID-19 production has rebounded by 200,000 bopd, from 2.85 mmbopd to the current 3.05 mmbopd. Past production data shows the country could again reach 4.0 mmbopd and, thus, add 1.00 mmbopd to market supplies — assuming this is a maintainable plateau.

The country holds the world’s largest oil reserves, with an estimated 304 billion barrels, equivalent to 18% of the global total. As a reference point, in 1996, Venezuela produced 2.4 mmbopd. Estimated current production is only 720,000 bopd — more than 1.6 mmbopd below the 1996 level and less than half of the mid-2018 volumes. That said, production has increased significantly from the all-time low of only 380,000 bopd in mid-2020. Venezuela struggles with a lack of capital investment for essential maintenance as a result of its government policies and alignment. Should the political situation change and capital flow back into the country, then Venezuela, which is in desperate need of foreign revenue, would gladly increase production. The country has the potential to restore production by utilizing existing infrastructure and could add an estimated 800,000 bopd to the global market.

A detailed analysis of seven major OPEC members’ production data indicates spare capacity exists in the system in six of those countries; together this could support increased oil production totaling more than 4.5 mmbopd. If achieved, that would bring the world oil demand and production into balance based on current data. The leading OPEC producer, Saudi Arabia, has limited if any capacity to increase rates and reach a sustained output level in the near term.  The above analysis also excludes the impact from any Russian declines due to the Ukraine conflict or increases in U.S. production.

With several key countries in the world teetering on the brink of economic recession, however, oil demand will likely fall, and capital investments may be challenged as the cycle repeats itself.  Thus, coaxing production from oil states with existing capacity may be most capital efficient course of action in the short term.

Wayne Ackerman has more than 30 years’ experience in the upstream exploration and production sector and major capital project development, including LNG. He is also the founder and president of Ackerman and Associates Global Consulting, LLC, and a member of the Advisory Council for the Program on Economics and Energy at the Middle East Institute (MEI). The views expressed in this piece are his own.