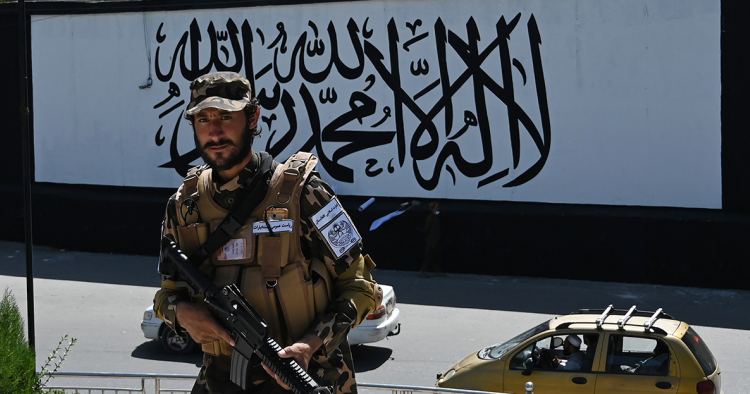 The selection of the interim Afghan government led by Mullah Hasan Akhund has the unmistakable stamp of Pakistan’s security establishment. Islamabad has always wanted the international community to believe that the Taliban are a nationalistic Pashtun force that has a legitimate claim to rule the country, but the manner in which the new government has been announced is a testament to the fact that the Taliban are also a proxy force for Pakistan.

The presence of Lt. Gen. Faiz Hameed, chief of Pakistan’s external intelligence agency, Inter-Services Intelligence (ISI), in Kabul to help the Taliban shift from insurgency to governance lends credence to the belief that the Pashtun Islamists are under the heavy influence of Islamabad. This also signaled the success of Pakistan’s long-term project to install the Taliban in power and to ensure that the new rulers would safeguard its interests in Afghanistan. The interim government has significant representation from the Haqqani network, which has proved to be a valuable asset for Pakistan’s security establishment in its attempts to unilaterally shape Afghanistan’s post-American future.

The Taliban cabinet is filled with members who ruled Afghanistan from 1996 to 2001, when the group was led by Mullah Mohammad Omar, and almost all of them are considered very close to the ISI. The choice of Sirajuddin Haqqani as interior minister leaves no one in doubt that the Afghan cabinet has been handpicked by the ISI. With four members of their clan as cabinet ministers in the interim government, the Haqqani network now holds the most powerful position in Afghanistan’s governing structure. Mohammed Yaqoob, the acting defense minister and the son of Mullah Omar, also has longstanding ties with Pakistan.

The overwhelming dominance of the Haqqani network effectively means the Taliban factions that handled the Doha political process have been marginalized. In particular, Mullah Abdul Ghani Baradar has been edged out; his position as deputy prime minister is a token one. Baradar had been the head of the Taliban’s political office in Doha and the group’s main face in dealing with the outside world. Baradar was arrested in 2010 by Pakistan for pursuing dialogue with the Hamid Karzai regime without the nod of the ISI.

Although Abdul Salam Hanafi, an Uzbek, has been appointed the second deputy prime minister, it is clear that the all-male and overwhelmingly Pashtun government will only reflect the aspirations of fundamentalist and extremely conservative Pashtuns, with a mere passing rhetorical nod to minority groups such as Tajiks, Hazaras, and Uzbeks. This is a slap in the face to those who expected that the Taliban 2.0 would be more inclusive and accommodating.

Thanks to Pakistan’s patronage and local and regional alliance-building over the decades, the Haqqani network seems to have effectively managed the consequences of hosting al-Qaeda and other terrorists. Thus, Pakistan would expect Sirajuddin to ensure that all those opposing Islamabad’s interference in Afghanistan’s internal affairs are suppressed.

In terms of the governing structure, the new Kabul regime seems similar in some ways to that of neighboring Iran. Mullah Haibatullah Akhundzada, the Taliban’s supreme religious leader, is now the country’s most prominent political authority without being a formal part of the government. Not surprisingly, Akhundzada has asked the Taliban ministers to enforce shari’a law in Afghanistan. Akhund, who has led the “Rehbari Shura,” often called the “Quetta Shura,” is close to Akhundzada.

Al-Qaeda and the Haqqani network

Al-Qaeda’s long association with the Haqqani network has been mutually beneficial, contributing to the development of al-Qaeda’s capacity to wage global jihad and reinforcing the Haqqani network’s standing and reputation among various jihadist groups. In May, a U.N. Security Council report described the Haqqani network as having “a highly skilled core of members who specialize in complex attacks and provide technical skills, such as improvised explosive device and rocket construction. …The Haqqani network remains a hub for outreach and cooperation with regional foreign terrorist groups and is the primary liaison between the Taliban and Al-Qaida.” It remains to be seen if or how the Taliban ministers will help the U.S. to conduct counter-terrorism operations against Islamic State-Khorasan Province.

The Haqqani network remains at the center of a nexus of religious extremism, state sponsorship of terrorism, and global jihad unleashed by the troika of the Taliban, Pakistan, and al-Qaeda. All of these actors have a vested interest in ensuring that the Haqqani network is a key decision-maker in the Islamic Emirate of Afghanistan.

America’s humiliation is total as the new Afghan rulers, mostly listed as global terrorists, are taking charge just days before the 20th anniversary of the terror attacks of September 11, 2001. The Taliban have invited China, Russia, Pakistan, Iran, Turkey, and Qatar to the inauguration of their government, meaning the Taliban leadership will be sensitive to the concerns of these countries. The exclusion of Saudi Arabia and the UAE from the list is baffling though, as they were two of the three countries that recognized the first Taliban regime in 1996.

The visibly significant role Pakistan is playing has further heightened apprehensions that Afghan interests, identity, and institutions under the Taliban regime will be dictated by generals in Rawalpindi. The new circumstances have also opened up opportunities for hardliners within the Taliban to pursue their ideological objectives, combined with a hefty dose of Pashtun nationalism. Given the recent policy measures — the ban on women’s sports and crackdown on public dissent — and public statements regarding education, the new rulers’ plan for how to govern Afghanistan seems to be no different from what it was two decades ago. The Taliban leaders retain an extremist worldview and unless the international community comes to terms with this disturbing reality, the risk of greater regional instability and a potential increase in terrorist threats is only likely to grow.