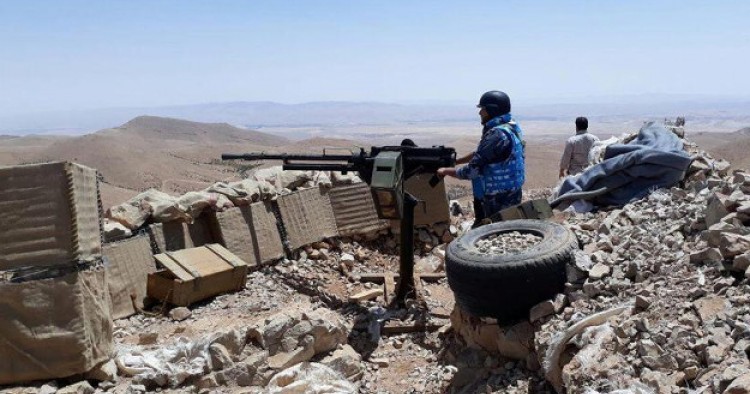 The Syrian pro-government forces and the Lebanese Hezbollah are set to launch a joint operation along the Syrian-Lebanese shared border against Islamic State militants, Fars News Agency reported on Friday. Quoting unnamed sources from Syria, Fars, which is affiliated with the Islamic Revolution Guards Corps (I.R.G.C.), added that the Syrian government has sent a large military contingent of the Syrian Army forces and the National Defense Forces personnel to the western part of the Qalamoun Mountains to support the upcoming operation near Lebanon’s border. The Syrian soldiers and Hezbollah militants will advance toward Islamic State positions in the Jarajeer and Qarah barrens. According to Fars, the seizure of the region will allow the Syrian government to have full control of the Lebanese border for the first time since 2011. On Thursday, the Syrian air Force began air strikes against Islamic State strongholds in the area.

Comment: The presence of Hezbollah militants along the Syrian-Lebanese border has long been a matter of concern for Israel, and the current joint operation by Syrian Army and Hezbollah forces in the region will only add to the Israeli worries.

Earlier this year, a report on pro-Hezbollah website Ya Sour said that Hezbollah planned to wage its next war against Israel from Syria and fire long-range projectiles at Israeli targets from Qalamoun region.

Israel has on several occasions conducted air strikes against Hezbollah in Qalamoun.