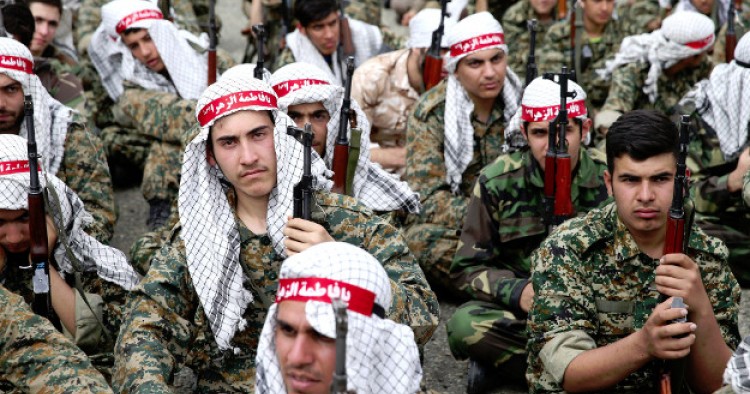 The deputy head of Iran’s elite Quds Force has said that the creation of “international Basij force” will fulfil Supreme Leader Ali Khamenei’s pledge to liberate Jerusalem from Israel, Defa Press reported. “Today, thanks to the blessing of Imam Khomeini’s wish, a new and more expansive chapter of resistance has been opened and the international Basij of Islam’s warriors has been created. The spiritual combatants of God’s prophet have come together from different countries. They will reach Jerusalem one day as well and the promise of Supreme Leader will come true,” Qani said during a speech in Iran’s holy city of Qom last night. The Quds Force commander added that Iran and its regional proxies “everyday have a new conquest and move one earthwork forward.” He also emphasized that the IRGC now “defends the Islamic Republic of Iran’s regime thousands of kilometers beyond Iran’s borders and help the oppressed.”

Comment: IRGC officials have for decades talked about the creation of an “international Basij force” or “axis of resistance” to fight against the United States and its regional allies, particularly Israel. In his remarks, Qaani was referring to Afghan, Pakistani, Lebanese, Iranian and Iraqi Shiite militiamen fighting under Quds Force’s leadership in Syria and the broader region. He mentioned that Damascus has become the epicenter of the “international Basij” as Shiites from different countries come there to fight. Qaani has previously pointed out that the Shiite militia groups in Syria and Iraq will fight in other regional conflicts once ISIS is defeated. Israel tops the list of their next target.

Last July, IRGC Chief Commander Major General Ali Jafari echoed a similar remark about the effectiveness of the “international Islamic Basij” Speaking to a gathering of Iran’s Basij commanders in Tehran, he said: “Today, we must declare that one of the orders of Imam [Ruhollah Khomeini, the founder of Islamic Republic], which is the formation of an international Islamic Basij, has been materialized.” The IRGC head added that the Iranian-led militia forces in Syria and Iraq have scored notable achievements in recent years – describing the Shiite militia network as an extension of Iran’s revolution and the Basij model. “The valuable experience of Basij has now been exported to other countries because it is a model for resistance against the Arrogance [U.S.]. Therefore, it is being exported to other regional countries speedily,” he added. “The fulfillment of the promises of the Islamic Revolution has lately gained significant momentum.” Jafari further emphasized that Iran and its allies do not recognize borders as they are fighting an “ideological war” against the United States and its allies.  “We will witness a more effective and expansive role of the international Islamic Basij,” he added.

The Quds Force is the IRGC’s elite branch responsible for external operations. Led by Major General Qassem Soleimani, the Quds Force has been implementing Iran’s hard power and often soft power strategies in the region – from South and Central Asia to the Middle East, North Africa and Latin America. In the past decades, the Quds Force has provided assistance to, and at times directly commanded, several militia and terrorist groups in the region. In 2007, the U.S. Department of Treasury designated the Quds Force for providing “material support to the Taliban, Lebanese Hizballah, Hamas, Palestinian Islamic Jihad, and the Popular Front for the Liberation of Palestine-General Command (PFLP-GC).” The Treasury has also designed Soleimani and Qaani for their support for terrorist groups in the region.