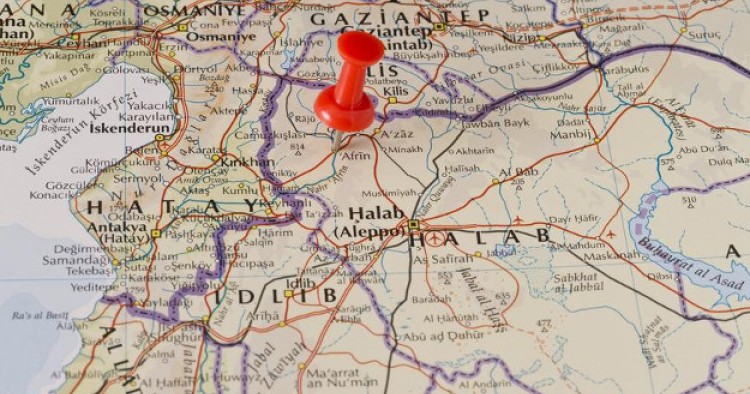 Dozens of Iranian fighters have joined the ranks of the People's Protection Units (YPG) in the northern Syrian city of Afrin to fight the Turkish military and its allies trying to expel the Kurdish forces from the region, a report in Arabia21 claimed. Quoting unnamed sources from Iran, the report added that Kawa Masjidi was the first Iranian national killed in Afrin during the Turkish-led Operation Olive Branch. According to Arabia21, Masjidi was from the Iranian province of Kermanshah and served in the Iranian armed forces. The Iranian sources reportedly told Arab 21 that dozens of Iranian fighters have joined YPG but Tehran wants to keep it a secret because YPG is allied with the United States in the fight against ISIS.

Comment: With the collapse of ISIS, the Syrian battlefield is only getting more crowded and complex. The escalating tension and direct clashes between Iranian-led forces and Israel in southern Syria and the Turkish military offensive in northern parts of the country indicate that Syria is increasingly becoming a battlefield for regional power play although the fight against ISIS is receding. The Turkish offensive against US-backed Kurdish forces in Afrin has strained ties between Washington and Ankara. But the increasing cooperation between the YPG and Damascus could adversely impact warming ties between Iran and Turkey as well. The Turkish government sees the Kurdish group as an extension of outlawed Kurdistan Workers’ Party (PKK) and a threat to its national security.

This week, Iranian and Syrian media outlets reported that scores of pro-Damascus “popular forces” have been deployed to Afrin to counter the Turkish offensive after some Kurdish leaders sought assistance – prompting angry reactions from Ankara. According to IRGC-affiliated Tasnim News Agency, Damascus has deployed about 4,000 fighters to Afrin. This happened despite the fact that Turkish President Recep Tayyip Erdogan had reportedly asked his Iranian counterpart Hassan Rouhan in a phone conversation not to send Iranian-backed militia forces to Afrin.

If the report about the deployment Iranian military forces to Afrin is accurate, it will be seen by Ankara as a provocation by Tehran. Mistrust is running deep between Iran and Turkey despite the recent thaw in bilateral relations and cooperation through Russia-sponsored Astana process to de-escalate the conflict in Syria. A senior adviser to Erdogan recently said that Iran does not publicly object to Turkey’s operation in Afrin but tries to stab it in the back.

Inside Iran, too, some politicians call for a stronger position on Turkey’s military operations in Syria. Jalal Mahmoud, an Iranian parliamentarian, this week criticized the Rouhani administration for remaining silent to the Turkish invasion in northern Syria.

“Why are you silent to Erdogan’s crimes in Syria’s Kurdistan?” the Sunni lawmaker said at an open session in the parliament.