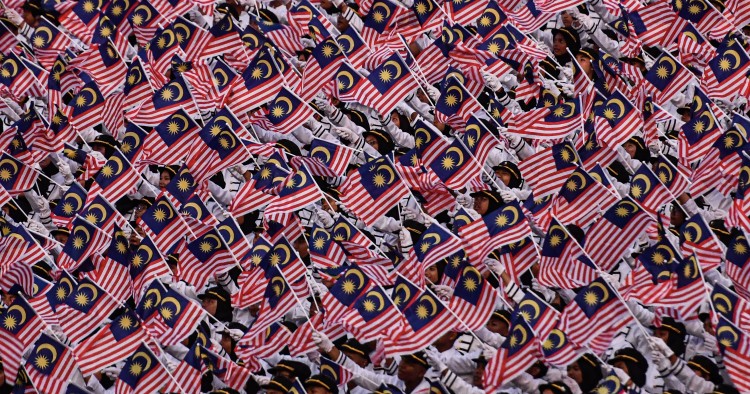 This essay is part of a series that explores the threat posed by the Islamic State (IS) to Asia and efforts that the governments of the region have taken and could/should take to respond to it. Read More ...

It has been more than a year since the fall of Baghouz. Eleven Malaysians have returned from Syria under the Malaysian government’s offer, conditional upon compliance with checks and enforcement, and a one-month rehabilitation program.[1] Since then, the authorities are optimistic that more will be able to return. However, the anticipation of more returnees raises questions about Malaysia’s readiness to receive incoming batches of Malaysia Islamic State (IS) fighters. Given Malaysia’s lack of experience dealing with battle-hardened terrorists and questions about the efficacy of existing deradicalization efforts, can these structures tackle issues that Malaysia has never faced?

According to open source reports, as many as 102 Malaysians have migrated to Syria and Iraq. Of these, 40 were reported dead while 56 are scattered across Syria. There are 27 Malaysians (10 adults and 17 children) in al-Hol camp alone. Nine men are detained in Al-Hasakah prison. One individual is reported to be in Idlib province in Syria. However, the whereabouts of 29 other Malaysians, including eight children, are unknown.[2]

Since October 2019, Malaysian authorities have been working with foreign agencies to bring back some 40 Malaysians. Their number has slowly decreased. IS has sought to discourage its footsoldiers from returning by claiming that the conflict has not ended and that lost territory will soon be recaptured. Nevertheless, Malaysian authorities have persisted in their efforts to repatriate its nationals, especially since conditions in the refugee camps, including food shortages, are dire.

Malaysia has had its fair share of experience nabbing militants such as those from Kumpulan Militan Malaysia and Jemaah Islamiah, who have acquired militant or bomb-making training in countries such as Afghanistan.

Aside from arrests, the Malaysian authorities have also been able to foil numerous plots and large-scale attacks. Unfortunately, in 2016, IS managed to strike. Two IS supporters launched a grenade attacked at the Movida nightclub in Puchong. Since then, authorities have ramped up security measures.

Although for years Malaysian authorities have had to contend with a wide range of extremists and terrorists, none of them were battle-hardened. Moreover, Malaysia’s existing deradicalization program has yet to be carried out, or tested, on any terrorist who has participated in active combat, much less on those such as IS fighters, who are morally disengaged, were exposed repeatedly to high levels of violence, and are deeply committed to their worldview and belief in the use of violence.

The lack of experience in dealing with battle-hardened terrorists begs the question, are the current programs and structures equipped to tackle returnees who accept the Malaysian authorities’ conditional offer?

The Malaysian government has claimed a 95% (in other reports, 98%) success rate for its Rehabilitation and Reintegration program (RnR). In fact, the official results of the RnR program were well-received by countries around the world, some of which have encouraged Malaysia to share its practices. However, locally, it was received with nothing short of criticism.

An assessment by the Malaysian think tank Research Iman on Putrajaya’s deradicalization programs identified several flaws.[3] Firstly, inmates going through these programs were not rehabilitated. Instead, they displayed cooperation in order to fulfill their jail term and secure release. Some of Malaysia’s most notorious militants — Yazid Sufaat, Mohd Lotfi Arifin, and Rafi Udin — who went through the program showed no signs of rehabilitation, disengagement from ideology, or disengagement from violence.[4]

Upon graduating from Putrajaya’s RnR, the trio still held to their original beliefs. Yazid was called back to serve as a facilitator of the RnR program but when he had the chance to return to Syria, he did not hesitate to take it. Rafi Udin, too, rejoined IS and later rose within the group’s ranks to become one of its senior recruiters.[5] Meanwhile, Yazid has been incarcerated three times. He was arrested in 2017 for recruiting inmates into Al-Qaeda while in detention.[6]

Secondly, through the Religious Rehabilitation Program, it addresses only the religious aspect of extremism.[7] It operates under the assumption that “radicalisation is a matter of ideology originating from a misinterpretation of religion and leading to deviant social and psychological behaviours.”[8] This program rehabilitates militants through re-education, whereby radical religious ideology is “replaced” with “correct interpretation” of the Qu’ran. Minimal emphasis or attention is given to other factors contributing to radicalization, such as unemployment and dissatisfaction in life.

This is further compounded by the program’s lack of structured counselling trainings for staff and counsellors.[9] This is critical in developing their expertise and especially, when handling complicated or staunch detainees. Mr. Ahmad El-Muhammady, a Lecturer at the International Islamic University Malaysia (ISTAC-IIUM) and advisor to the Malaysian Royal Police Deradicalization Program, contracted the services of  religious rehabilitation counsellors in Singapore, who are trained in and have attained at least a diploma in counselling — a level of professional development that is thus far unavailable in Malaysia.[10]

Areas Not to Overlook

While returnees are required to undergo a compulsory one-month rehabilitation program, authorities must invest resources and refrain from adopting a one-size-fits-all approach. These programs must be able to address grievances and psychological trauma experienced by women and children in the conflict zones and refugee camps.

Women have been reported to be sexually abused while children are exposed to violence as norm at a young age that effects their well-being. These children have “grown increasingly antagonistic during place” as a result of the tension and violence they witness everyday.[11] These children also receive limited healthcare, lack of father figure, experience abuse and peer indoctrination, and more importantly, foreign children are not allowed to attend school in the camps.

Apart from the need to be inclusive in these deradicalization programs, authorities must ensure that deradicalization efforts must be able to identify and address underlying issues. Apart from ideology, it is critical to identify the pull factors that led to them choose IS and remain faithful to IS over Malaysia. Most of the returnees are coming back due to the circumstances in the camps or resorting to the government’s conditional offer. These factors must be comprehensively addressed in order to effectively rehabilitate, and deradicalize them.

Malaysia’s strong record of foiling plots should not be correlated or seen as an effect of its deradicalization efforts. Preventive measures should not be confused with corrective measures. Also, terrorist attacks may be an indicator of a successful deradicalization program. However, an individual’s inability to carry out any violent act does not mean that he does not support them.

It Is Not Too Late

Malaysia will be faced with a new type of supporters and terrorist. It is one that they system has yet to experience. As such, it is imperative for Malaysia to continue exchange and learn from its experienced peers like Indonesia, Australia and the US on ways to further develop and fine tune existing programs to better suit battle-hardened terrorists, and ways to evaluate the efficacy of their rehabilitation program.

Aside from learning best practices, Malaysian authorities should consider partnering with local institutes of higher learning to augment staff training and enhance capabilities of counsellors. Simultaneously, there needs to be a stronger inter-agency collaboration and exchange of expertise especially for cases involving women and minor returnees.

Overall, in anticipation of receiving more returnees, Malaysian officials would be well advised to take steps to ensure that the existing structures and programs are optimally suited to tackle the complex process of deradicalization.

[8] Suratman, “The effectiveness of de-radicalization program in Southeast Asia,” 141.