Roadmap for a strengthened NATO-Georgia partnership 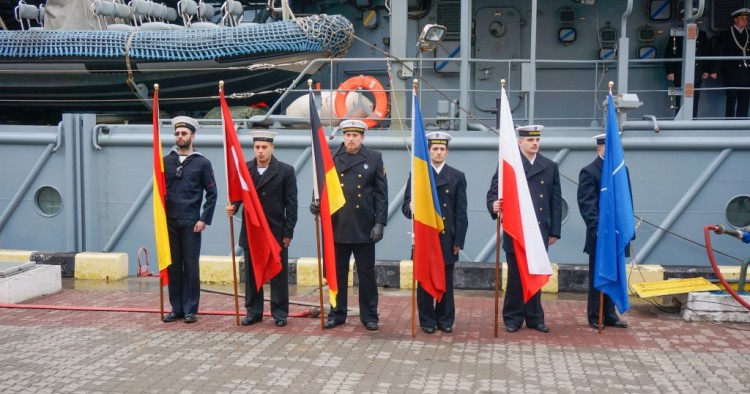 In April 2020, NATO Secretary General Jens Stoltenberg appointed an independent Reflection Group with the aim of defining the future of the Alliance. The group recently published an extensive report entitled NATO 2030: United for a New Era.” This publication includes just one recommendation on Georgia and Ukraine: “NATO should seek to expand and strengthen partnerships with Ukraine and Georgia as vulnerable democracies that seek membership and are under constant external and internal pressure from Russia.”

However, NATO 2030: United for a New Era does not provide further detail or recommendations on how these partnerships should be strengthened and expanded. NATO membership for Georgia and Ukraine has been off the table since 2008, following the 20th NATO Summit in Bucharest and Russia’s invasion of Georgia. Since then – and despite major political, economic, social, and military costs as a result of Russia’s military aggression – Georgia has maintained a steady commitment toward EU and NATO integration. The Alliance must strengthen and consolidate its partnership with Georgia to ensure its sovereignty and independence and mitigate the risks of further Russia aggression.

1. Establish a NATO Hybrid Warfare Center of Excellence in Georgia

The Alliance’s first step in strengthening relations with Georgia should be to demonstrate, through concrete actions, Western commitment to Georgia’s Euro-Atlantic integration. NATO membership is not a prospect for some member states so long as the territorial integrity of Georgia is compromised. While the Alliance and its member states should aid Georgia in establishing territorial integrity, this remains a long-term political goal. In the short- to medium-term, demonstrating Western commitment to the former Soviet democracy is the only way to prevent further Russian aggression.

The most efficient way to achieve this is by opening a NATO Centre of Excellence on hybrid warfare in Tbilisi. NATO has established 26 Centers of Excellence across Europe and North America to train and educate experts and decision-makers from member and partner countries across different functional areas. With the most significant and long-term experience in fighting Russian hybrid warfare, Georgia would be an ideal location for the 27th center. Moreover, Tbilisi experts and policymakers already contribute security assessments and lessons learned to the Alliance and are uniquely qualified to shape the hybrid warfare training provided to all of NATO. Alongside obvious benefits in terms of practicality and costs, creating a hybrid warfare NATO Center of Excellence in Georgia would demonstrate NATO’s commitment to Georgia’s Western path while actively contributing to long-term security in Eastern Europe.

Since the five day war, Russia-supported separatists in the occupied territories of Abkhazia and South Ossetia have maintained a borderization policy. The EU Monitoring Mission in Georgia – established in 2008 following the EU-mediated ceasefire agreement – does not have the mandate nor the tools to prevent this. Until Georgia regains territorial integrity, NATO should establish a NATO-Georgia brigade – a small, cost-effective, flexible force on Georgian soil, mandated to monitor the Russia-Georgia border and prevent further borderization. The brigade, which should deploy NATO soldiers and be equipped with early warning equipment and satellites, would complement and assist the EU Monitoring Mission. It would consist of military tripwires to protect Georgia from further Russian and/ or separatist aggression and significantly increase the potential cost of conflict for Russia. The brigade would also enhance NATO’s (currently insufficient) support for Black Sea security, including through the Tailored Forward Presence. Small contributions and on-the-ground presence of Eastern and Western European partners would send a strong message that the Alliance is committed to Black Sea security and to defending its partners in the region. At the same time, presence could be one way to compensate for costs incurred by Georgia following the Bucharest Summit and subsequent Russian invasion.

In 2016, Romania proposed a Black Sea NATO fleet. Unsuccessful due to NATO’s incohesive threat assessment of Russia, the failed proposal also highlighted ineffectiveness within the Alliance that is caused by the veto power of member states to protect bilateral ties to the Kremlin. Due to Bulgaria’s surprising veto in 2016, a NATO Black Sea fleet remains off the table.

NATO 2030: United for a New Era offers the possibility of coalitions within NATO to help bridge divides, including those divides around the threat perception of Russia. The first step in establishing coalitions should be a common NATO Black Sea fleet to patrol, monitor, and provide early warning signs in the Black Sea. NATO member states Romania and Bulgaria, along with and partners Ukraine and Georgia, are equipped with virtually no naval capabilities to defend their territorial waters and deter Russia’s powerful Black Sea Fleet. Furthermore, as offshore gas discoveries in the Black Sea become an increasingly vital security and commercial commodity, including for Georgia, shared Black Sea naval capabilities will be essential for diversifying energy resources, reducing Russian dependence, and protecting discoveries from potential Russian aggression. It’s worth highlighting that the Montreux Convention only applies to naval boats that are not under Black Sea flags, but reflagging NATO ships under Black Sea flags is not an insurmountable obstacle. Providing member states naval capabilities and reflagging them as belonging to a Black Sea country would impede Ankara from refusing to grant permanent Black Sea access to these ships.

Growing Russian presence and aggression in the Black Sea, including through the annexation of Crimea, subsequent Russian Anti Access Area Denial, 2018 blocking of the Azov Sea, and the most recent deployment of Russian troops on Nagorno Karabakh, poses increasing threats for Black Sea countries, as well as for the Alliance more widely. Pooling resources and sharing a small fleet with early warning systems and defensive capabilities is the only way to substantially contribute to Black Sea security and deter further Russian militarization of the region. A NATO Black Sea fleet would balance out defense on the Eastern Flank and create an opportunity for NATO members, who have so far remained uncommitted to Black Sea security, to prove their commitment with feasible contributions and an increased presence in the region.

Defining the future of the Alliance is essential in the context of ever-increasing threats and challenges to both member states and partners. But NATO’s future cannot be defined without an increased and consolidated presence along the Eastern Flank, and particularly in the Black Sea. The Black Sea is one of NATO’s most challenging environments, in which Russia’s aggressions against democracies such as Georgia and Ukraine, countries committed to Euro-Atlantic integration, generate a lack of Western security and an increasingly threatened regional security environment. The Alliance and its member states need to step up the support and security provided for the Black Sea region and for Georgia to ensure a future in which NATO remains the most important and effective political and military alliance in the world.