The rocky road to intra-Afghan dialogue 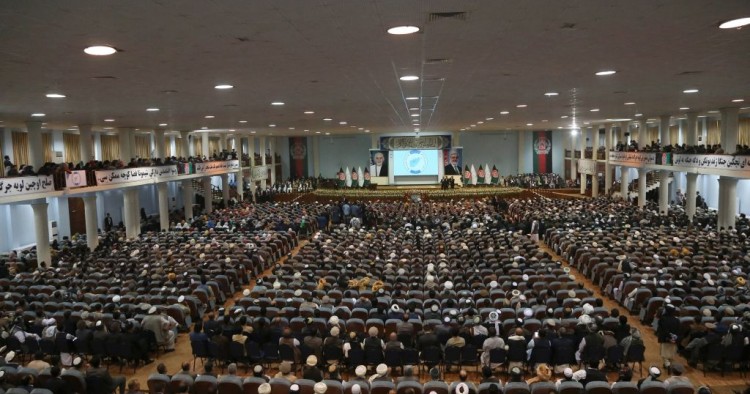 U.S. Special Representative Zalmay Khalilzad is holding talks with the Afghan Taliban to make sure the guns fall silent in Afghanistan. But getting the Taliban to agree on a ceasefire and engage in an intra-Afghan dialogue is severely testing Khalilzad’s negotiating skills; the fifth round of talks in Doha lasted for 16 days. If the intra-Afghan dimension cannot be made to work, it will likely lead to not only a more complicated political process, but also a far more dangerous one.

The Taliban has already announced a new spring offensive, rejecting calls for a ceasefire made by the loya jirga — a grand Afghan tribal consultative council convened by President Ashraf Ghani that brought together more than 3,000 Islamic religious scholars, politicians, and civil society representatives from across Afghanistan. It’s not hard to figure out why: At present there is no domestic consensus on what the terms of reconciliation with the Taliban should be.

Afghanistan has witnessed growing ethnic and sectarian polarization in recent years. There have been three presidential and three parliamentary elections in the country since the Taliban was overthrown in 2001. But many flaws in the electoral process have yet to be rectified, resulting in an erosion of trust among ordinary Afghans. For instance, the 2014 presidential contest led to ugly public infighting between Ashraf Ghani and Abdullah Abdullah, with neither side willing to concede defeat. Eventually, the U.S. had to broker a compromise deal leading to the installation of a National Unity Government (NUG), but that has failed to function properly ever since. In fact, the NUG experiment has actually aggravated the polarization in the war-torn country.

Ghani convened a loya jirga at the end of April to consolidate his position in the ongoing talks. A former warlord, Abdul Rasool Sayyaf, was chosen as its president at the end of the gathering, and it was announced that the Kabul regime would nominate representatives for the intra-Afghan dialogue, which was suspended last month by the Taliban, from the members of the jirga. The ostensible reason behind the cancelation of the April talks was the size and composition of the Afghan delegation. However, the actual reason was a difference in perception. The Ghani regime was keen to present the meeting as a direct dialogue with the Taliban, while the Taliban wanted to treat it as an informal conversation where Afghans were taking part in a personal capacity.

It remains to be seen how Ghani will play his cards when it comes to presenting his nominees for the intra-Afghan dialogue. This will be particularly important given that major Afghan political figures, such as former President Hamid Karzai, Afghan Chief Executive and presidential hopeful Abdullah Abdullah, and the leading presidential candidate, Hanif Atmar, did not attend the jirga. Another major presidential candidate, Rahmatullah Nabil, boycotted the gathering because it was, as he put it, a Ghani campaign rally. Although Ghani, at the jirga, tried to entice the Taliban to join the intra-Afghan talks by offering to release 175 of their fighters held as prisoners, they did not go for it. In fact, they openly called for Afghans to boycott the jirga.

The 2019 presidential elections are now slated to be held in September. However, under the current circumstances, the prospects for a credible election seem very remote. This is why there is growing support among a section of the Afghan elite for an interim government to be installed.

Ghani is not likely to win the presidential election if it is fair and transparent. He has shown no interest in giving up power either though, and has instead been bringing together political forces to raise the cost, for both his political rivals and Khalilzad, of isolating him. Although the Taliban and Karzai both consider Ghani to be an American puppet, many of his actions — like his unwillingness to resolve differences within the government on delegate selection, his hastiness in convening the loya jirga, and his refusal to step down after his term ends and form an interim government to oversee the presidential elections — are actually working against Khalilzad’s diplomatic efforts. The fact that Ghani convened a loya jirga at this key moment is a clear sign of his desperation to remain a relevant political actor. Since Ghani has no ownership of the U.S.-Taliban talks, it would be extremely difficult for the U.S. to legitimately sell a deal with the Taliban in which he is not directly involved. A marginalized Ghani will surely be an obstacle for the peace process.

If the intra-Afghan dialogue does not ease the concerns of non-Pashtun ethnic groups, the latter will also become disillusioned with the peace process. But it would be too much to expect the Taliban to make non-Pashtun groups feel comfortable, as indeed it is to expect entrenched non-Pashtun warlords to cede their power. Moreover, the U.S.-Taliban peace talks give the inaccurate impression that the Afghan Taliban is a monolithic group, and the authority of the Taliban’s chief negotiator, Mullah Abdul Ghani Baradar, within the group has yet to be tested.

Disagreement over the constitutional make-up of the country after the U.S. drawdown is another major challenge for a credible intra-Afghan dialogue. How the interests of various groups, particularly women, religious minorities, and the media, will be accommodated in the future political dispensation, in which the Taliban would have significant representation, is unclear. Women’s groups increasingly fear that the rights and freedom they have come to enjoy would be taken away by the Taliban after it strikes a deal with the U.S., and there has been no sign that the Taliban has made any meaningful concessions on this front.

After Khalilzad held a trilateral meeting with the Chinese and Russian envoys, Deng Xijun and Zamir Kabulov, on April 25, the State Department released a joint statement, saying that the “three sides encourage the Afghan Taliban to participate in peace talks with a broad, representative Afghan delegation that includes the government as soon as possible.” Intra-Afghan reconciliation remains key to ensuring lasting peace, and since there is no single entity that can claim legitimacy to enforce peace in Afghanistan, it is imperative for all stakeholders to come together and combine their efforts. Although dialogue between the Taliban and the Afghan government will no doubt be a critical part of this, the controversy around President Ghani’s motives and credibility raises serious questions about the suitability of his beleaguered administration to lead the peace process. The loya jirga’s apparent failure to make the Taliban change its position vis-a-vis the Ghani regime clearly shows that intra-Afghan dialogue is headed for a very bumpy ride indeed.