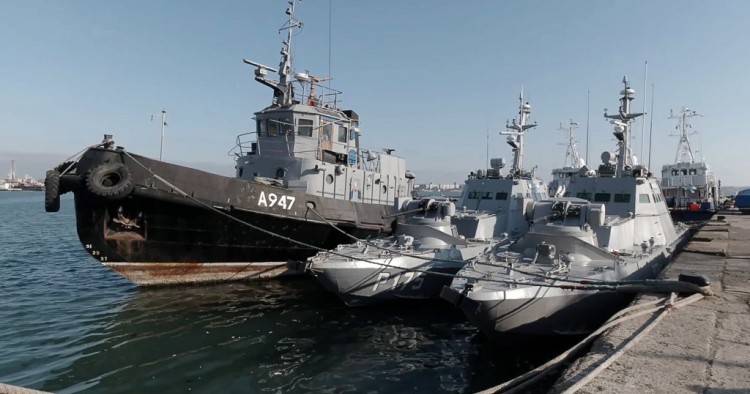 'Passportization' has been a longstanding policy of Russia as it seeks to maintain control over former Soviet countries. The policy is a functional ideological mechanism that has served as a complementary argument to Russia’s military interventions in the Black Sea region and influence in domestic affairs of post-Soviet countries. In recent years, the consequences of passportization have been felt in the Baltic States, as well as break-away territories of the Republic of Moldova and Georgia. It also preceded the annexation of Crimea and anticipated the breakaway of Eastern Ukraine.

In the Spring of 2020, Moscow passed new amendments to the Law on Citizenship that will strengthen this policy. The law now facilitates the acquisition of Russian passports for citizens of Moldova, Ukraine, Belarus, and Kazakhstan, and lifts restrictions on double citizenship on the basis that these countries are former members of the USSR. As a result, Russia continues to consolidate its sphere of influence in the post-Soviet space by multiplying its foreign policy proxies as countries in the region increasingly seek rapprochement with the West to the detriment of Russian ambitions.

'Passportization' formally began in 2002 when Russia adopted the Law on Citizenship, but has been practiced in occupied Abkhazia since 1999. The policy initially targeted countries from the Baltic region, notably Latvia and Estonia. These were the first post-Soviet countries to move swiftly towards EU and NATO integration after the collapse of the Soviet bloc. In order to secure its influence in this region, Russia capitalized on the problem of numerous stateless people by granting them citizenship. Through this approach, Russia secured demographic presence in the Baltic region and further made efforts to hamper integration with the West.

Subsequent amendments to the Law focused on breakaway territories in the Black Sea region such as Transnistria, South Ossetia, and Abkhazia. In 2014, the Law on Citizenship allowed fast track naturalization of the newly annexed Crimean population. In 2019, the Law was amended again to allow fast track citizenship for break-away territories of Luhansk and Donetsk in Eastern Ukraine.

In 2020, Russia’s granting of passports through a simplified approach has reached unprecedented levels. New provisions now enable Russia to expand its influence faster and more intrusively. First, amendments have eliminated one of the longstanding obstacles towards large-scale acquisition of Russian citizenship – prohibition of double citizenship. Previously, people were forced to renounce any other citizenship before applying for a Russian passport. This served as a containment argument for many, as most people wanted to preserve the citizenship of the country where they were residing. Second, new amendments expressly refer to a simplified procedure for receiving citizenship applications from those in Belarus, Kazakhstan, Moldova, and Ukraine on the basis that these countries were part of the Soviet bloc.

There are at least two examples in recent decades where passportization has served as an ideological argument for Russia’s military intervention. In 2008, Russian military deployment in South Ossetia was justified as the need to protect Russian citizens. This was also the case in 2014 with the annexation of Crimea. In his justification speech regarding the annexation of Crimea, President Vladimir Putin expressly referred to the fact that “the absolute majority of our people think that Russia should protect the interests of Russians and members of other ethnic groups living in Crimea where 95 percent of population are Russian citizens”.

The critical role of the United States and European Union

The United States and European Union have been somewhat delayed in countering the effects of passportization in the Black Sea region. This has been to Russia’s benefit, as demonstrated with military interventions in the region which relied ideologically on this policy. This year’s amendments will strengthen the passportization policy. Not only will Russia have greater leverage to adopt the argument of “defending its own citizens” in order to continue maintaining military troops in post-Soviet countries, the amendments also create new opportunities for expanding Moscow’s domestic and foreign policies abroad. For example, electoral mobilization to support Putin’s leadership, grass-root mobilization to influence political decisions in other countries, and a strengthening role of the Russian language.

In the past, passportization was countered successfully in the Baltic region by the EU and U.S. Just two years after Russia targeted these countries with this policy, all three Baltic states were granted EU and NATO membership. Further, the socio-economic development provided as part of EU membership addressed the welfare needs these countries otherwise were seeking from Russia. At the same time, NATO membership assured that no military intervention from Russia would have taken place under the auspices of “defending Russian citizens interests”. These developments have shown it is possible to deter the effects of this policy.

In the case of the Black Sea region, the EU and U.S. should align their efforts as they did in the Baltic region. These countries cannot manage Russia’s approach on their own, nor are they capable of applying soft power policies that would discourage own citizens to acquiring Russian passports. If the opportunity is missed, the Black Sea region will stay in Russia’s geopolitical sphere of influence for decades to come.

Andrei Iovu is a fellow with MEI's Frontier Europe Initiative. The views expressed here are his own.