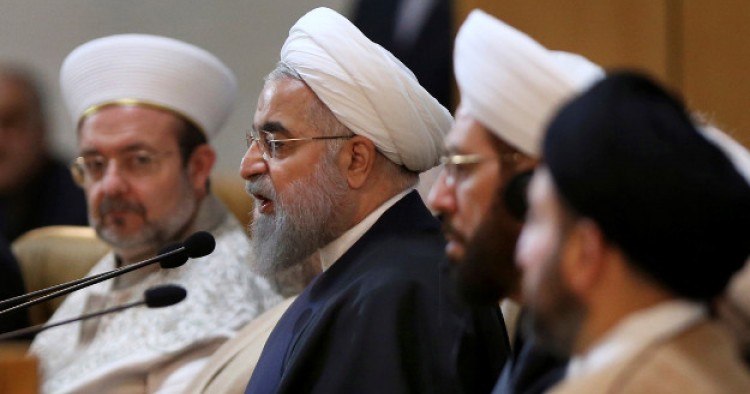 Since the Trump administration last week introduced a ban on Iranian travelers to the United States for a certain time period, hardliners in Tehran have been pressuring President Hassan Rouhani to retaliate. In one such example, Ezzatollah Zarghami, the former head of the Islamic Republic of Iran Broadcasting (IRIB) Organization, urged Rouhani to “direct some of the witty remarks he utters to silence his domestic critics, at Donald Trump so that he stops scorning and disrespecting Iranians.” Zarghami is close to Iran’s Supreme Leader Ayatollah Ali Khamenei and has been mentioned as a potential presidential candidate to run against Rouhani in the May 2017 elections.

Zarghami’s criticism of Rouhani alleged weak reaction to the ban by Trump is typical for the Iranian president's hardline rivals. The argument put forward by the hardliners is that Rouhani is quick to belittle his domestic critics but always seems to hold back against Western leaders that attack Iran and the Iranian regime.

In his initial reaction to Trump’s ban decision, Rouhani had on January 28 responded that “Today is not the time of wall-raising between nations. Have they forgotten that the Berlin Wall collapsed years ago?” And perhaps due to pressures in Tehran for a more forceful Iranian response, Rouhani raised the stakes when he on February 1 referred to the US president as an amateur who is new to the game of politics and therefore is prone to making elementary mistakes. Calling the newly arrived US president an amateur is perhaps not what Rouhani would have wished he was forced to say but he clearly did not wish to give any pretexts to his hardline detractors at home.

Political football: How the Iranian government intervenes in sports